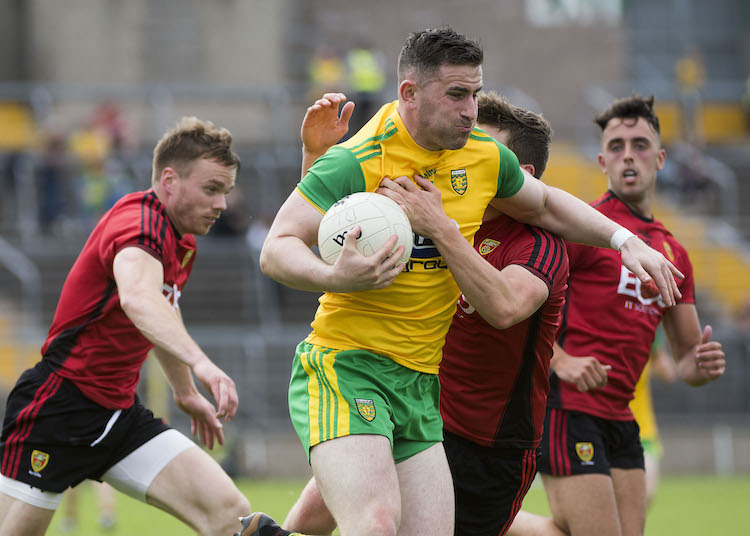 Watch: See all the action as Donegal defeat Down in Ulster semi-final

Donegal booked their place in a seventh Ulster final in eight years after crushing to a 13-point win over Down in Clones.

Leo McLoone and Jamie Brennan – who was named the official Man of the Match – netted the goals as Declan Bonner’s team won 2-22 to 1-12.

Patrick McBrearty forces his way through the Down defence during Sunday’s semi final. Photo Evan Logan

Neil McGee was sent off after just 13 minutes, but Donegal were always in control and will now face Fermanagh in the Ulster final on June 24.

Watch highlights of the game, courtesy of GAANOW, below …

Donegal advance to the Ulster final after seeing off the challenge of Down. Catch the best of the action here: pic.twitter.com/Hhw2ak2uev

Watch: See all the action as Donegal defeat Down in Ulster semi-final was last modified: June 10th, 2018 by Chris McNulty