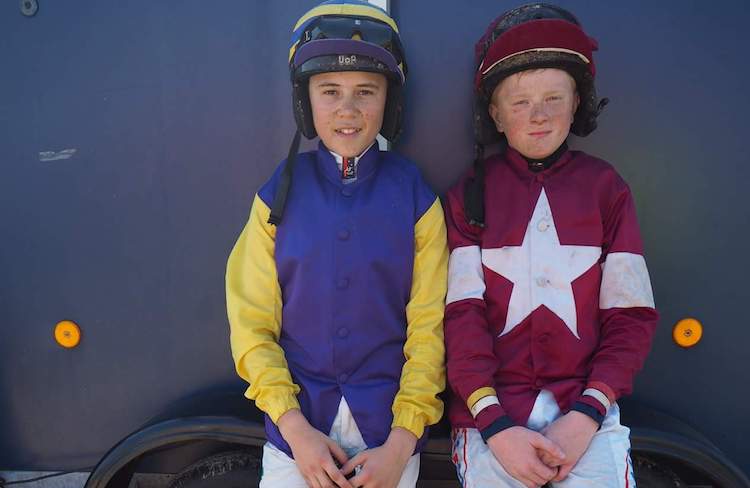 Another treble for in-form Dylan Browne McMonagle at Porthall

Dylan Browne McMonagle kept up his fine form of late at Porthall Lifford when he had another good day at the office by notching up a treble.

Browne McMonagle’ trio of winners came on board Five Stone Of Lead in the 148 cm, Athea Jade in the 10 Fur Open and Let It Go in the 12 Fur Open.

The Letterkenny teenager has now had 14 wins at the three meetings run so far this year.

It’s a quite remarkable achievement for the County Donegal star.

Another young man who looks destined for the top is Co Armagh rider Sam Ewing who also capped of a fine afternoon with a treble aboard Money talks in the 2mile maiden, Ida’s Dream in the 2mile open and Dylan”s Pride in the 153cm.

The ride of the day came in the 1 mile open when Thunder Struck under Zoe McMullan caught pigeons to score in a pulsating finish against Angel Eyes, who looked sure to score, but Zoe somehow had the last say coming from 20 lengths down with a circuit to race.

After a photo finished had been called, a head was the verdict.

Up and coming Co Meath jockey Ben Mulligan is a boy that is improving with every mount and he gave former Dingle Derby winner Lets Go a beautiful front running ride to take the 2 Mile Non Winners event.

Cian McNally, son of trainer Ronan McNally, made it two wins in a row when Made of Candy had a sweet victory in the local race.