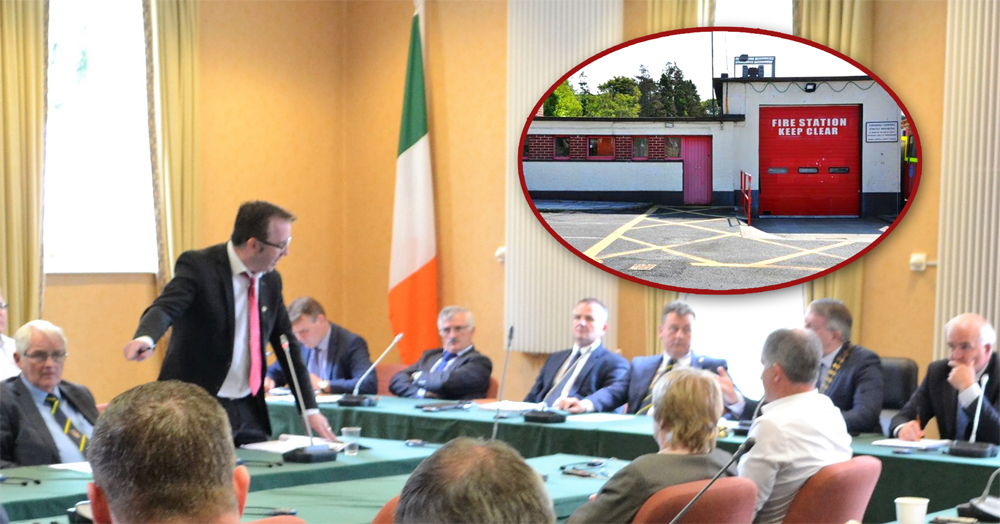 Tensions were high at the beginning of today’s Donegal County Council AGM when the council was challenged over the possible closure of the Ballyshannon Fire Station.

Cllr O’Neill called on the council to refute McTaggart’s recommendations to close the Ballyshannon station and replace the service with a new shared station near Bundoran.

Cllr O’Neill exclaimed: “How dare Joe McTaggart come into Finner Camp and after making this recommendation to nine servicemen and their families and say ‘I don’t expect to get flowers from the firemen in Ballyshannon’.” 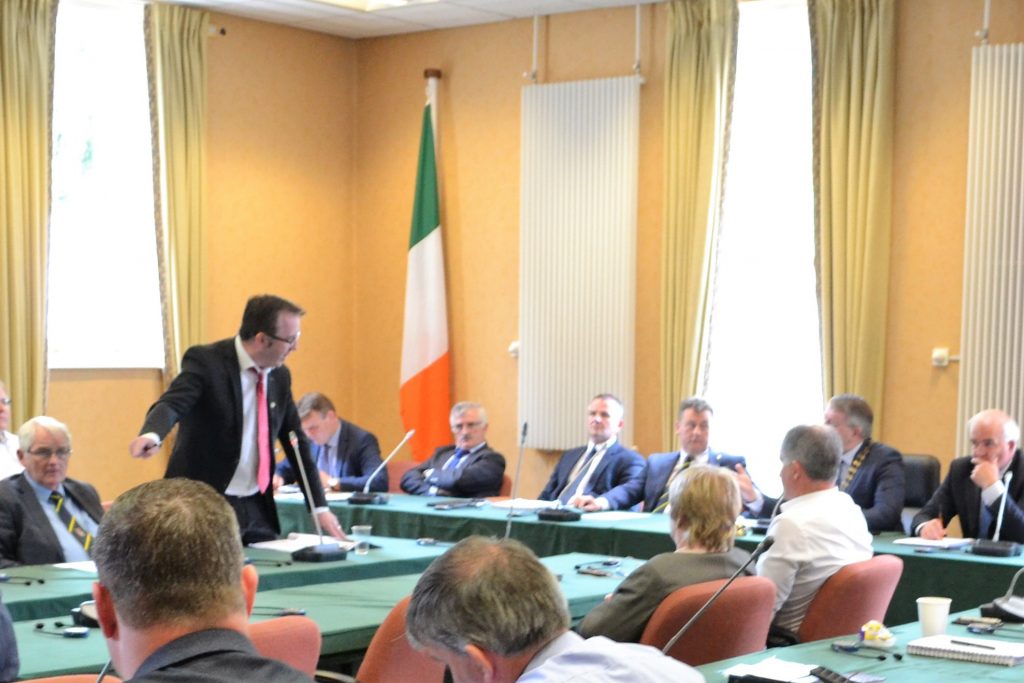 Up to 25 people from South Donegal travelled to the council offices for the meeting and clapped in support of Cllr O’Neill’s statements.

He said: “I call on the Council to tell Mc McTaggart to remove himself from his post. Because that’s not good enough and this council and every person here today should refute the recommendation.

Cllr O’Neill relayed the fear of locals that a fire station would be closed in a town that has a population of 2,500, two hospitals, six primary schools and a secondary school. 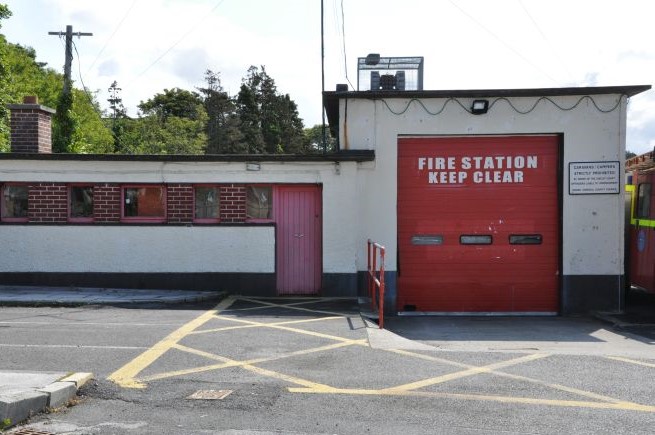 “The people of Ballyshannon and Bundoran have clearly mandated for me to come and say: ‘No way, Donegal County Council, you are not closing a station in South Donegal,” Cllr O’Neill said.

The motion was raised during this afternoon’s Council AGM in Lifford, where the agenda was reserved for elections.

“We all share the concerns of Cllr O’Neill. This is the day of the AGM. A day has been set aside to deal with that,” Cllr McMonagle reminded him.

However, O’Neill refused to give up the motion, which was seconded by Cllr John Campbell.

Cllr McMonagle called the meeting to an adjournment for 15 minutes. Following a discussion, the council agreed to hold a special meeting on Monday the 25th of June to examine the issue.