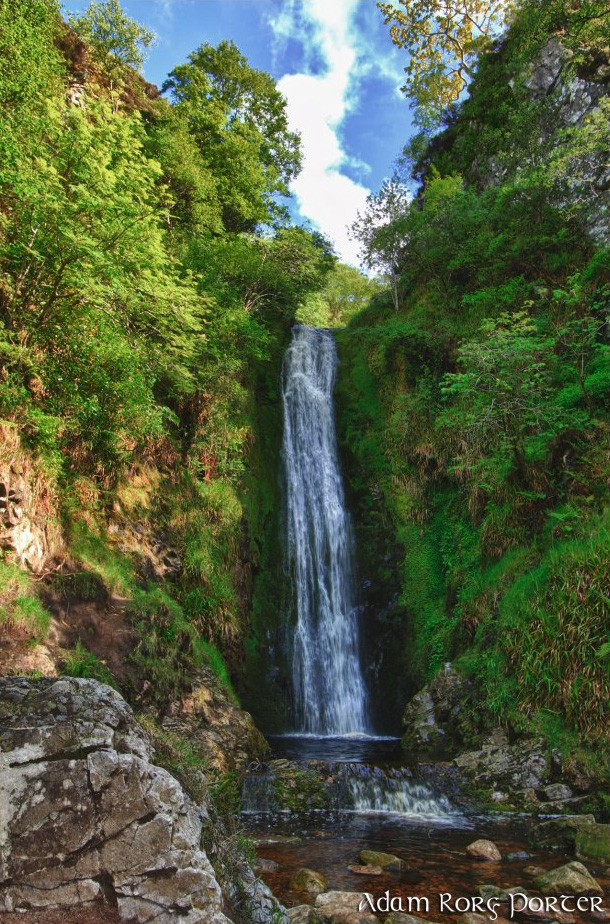 The beautiful natural Glenevin waterfall in Clonmany was officially reopened yesterday to the delight of the community.

Access to the spectacular 40ft waterfall was blocked for more than nine months following the flash flooding in Inishowen on August 22nd 2017.

The popular walkway to the waterfall was washed away, but thanks to a hard-working Glenevin Development Group, the path has been restored and can allow visitors once again.

A special event was held at the foot of the waterfall on Sunday to celebrate the occasion. Mayor of Inishowen MD Martin Farren and Parish Priest Fr Brady were among those in attendance. The event was a proud moment for the development committee who banded together to raise funds and rebuild the area.

The community took the opportunity to remember Doris Russo at the event, who passed away last August. The much-respected American native first developed an access route to the waterfall when she owned the Glen House B&B. A special plaque is placed at the waterfall in honour of her contribution.

Locals and visitors have expressed their delight that the popular amenity is open once more, just in time for the summer and the expected influx of visitors to the area when the Irish Open commences in July.