Donegal County Council and Derry City and Strabane District Council and have now announced the dates for the eagerly-awaited consultation process for route 1 of the North West Greenway Network from Derry to Buncrana.

Two public consultation days are being held for the public to review route corridor options and to provide formal feedback on Tuesday 26 June in the Lough Swilly Yacht Club, Station Road, Fahan, and on Wednesday 27 June in Templemore Sports Complex, Buncrana Road, Derry. Both events will run from 2pm to 8pm each day.

The councils are seeking the public’s views on a series of route options being appraised for the proposed greenway linking Derry to Buncrana (with a spur to Newtowncunningham), which is being developed as part of the North West Greenway Network. 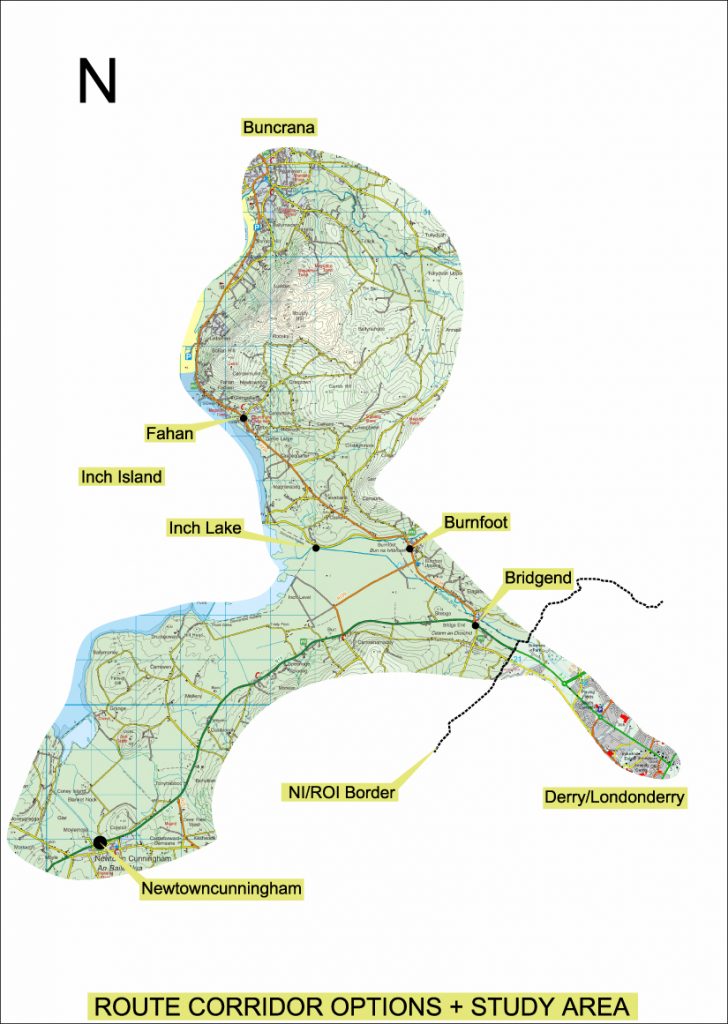 The Buncrana to Derry section is known as Route 1 and is one of three routes being developed as part of the North West Greenway Network.

This meeting follows successful consultation events for the Derry – Muff section of the cross-border greenway.

On completion, the three routes will deliver 46.5 km of new cross-border greenway that will help reduce carbon emissions by encouraging commuters to leave their cars at home. This €18 million project is part-funded under the EU’s INTERREG VA Programme, managed by the Special EU Programmes Body (SEUPB).

Ronan Gallagher, Communications Manager for the North West Greenway Network said “almost 300 people attended last month’s consultation events in Culmore and Muff and the feedback was fantastic. Everyone we spoke to wants to see these routes developed”.

He continued “we’re hoping more people will attend the events in Fahan and Derry as this section of the project is by far the largest stretch of greenway to be developed.”

Programme manager, Jonathan Henderson concluded “the public consultation events provide a fantastic opportunity for people to learn more about the overall project and to input into the route selection process. We would strongly encourage everybody to get involved, particularly those who live in Buncrana, Fahan, Tooban, Burnfoot, Bridgend, Newtowncunningham and Derry, and feed into the process as much as possible and contribute to shaping development in their region.”

For those who are unable to attend the public consultation events, there are other platforms in which to get involved and have your say. Log on to www.nwgreenway.com or email: nwgreenway@donegalcoco.ie; Twitter @nwgreenway and Facebook @nwgreenway.