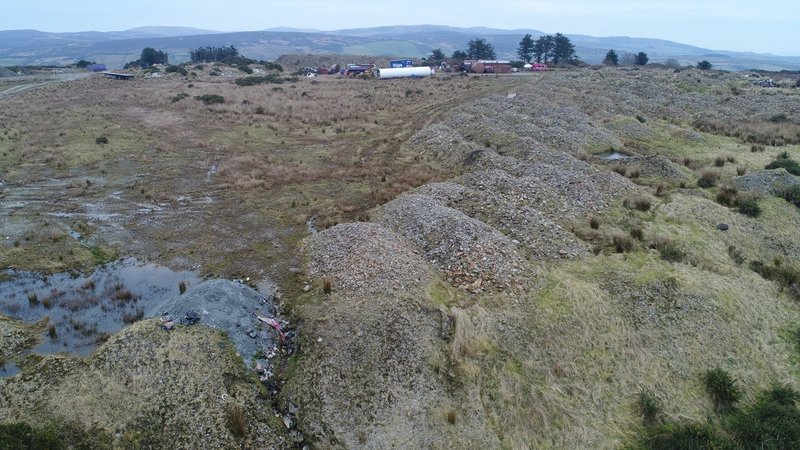 Watch: Dirty waste tactics uncovered in the hills of Donegal

Unprecedented levels of illegal dumping were dug up by investigators in a ground-breaking RTE documentary on Monday night.

Donegal was revealed to have some of the worst illegal dumping Ireland has ever seen on RTÉ Investigates: Ireland’s Wild Waste.

Almost 200 man-made mounds of material were found near Moville in a facility in large quarry operated by Davey Transport Ltd. under a waste permit from Donegal County Council. Investigators claim they found evidence of abuse across a wide range of waste handling activities. Environmental Director Fergal Mee was left speechless by the footage.

However, undercover investigators found more thousands of tonnes of domestic rubbish piled into hundreds of mounds beyond the quarry. Allegedly unauthorised infill of demolition waste was also caught on camera on the banks of the Bredagh River.

Donegal County Council responded to all cases explored in last night’s documentary. On the actions of Davey Transport Ltd, the authority said it had sent a warning letter when first alerted of burning waste by the EPA in 2011 and is investigating the infill site by the riverside.

Reporters turned their attention to local waste offender Jim Ferry. The former Ferrys Refuse operator was labelled as ‘one of the most persistent and significant environmental offenders in the country’.

The report explored the impact of the 36,000 tonnes of waste buried on Ferry’s 11 acre site at Rossbracken, and the €720,000 spent by Donegal County Council on the partial removal of waste at the site.

The former waste collector, who is filing for bankruptcy, has been ordered to disclose information on his finances before the court next week.

Donegal County Council said the Rossbracken site, which is a Special Area of Conservation on the shore of Lough Swilly, was “completely different in scale to anything that had gone before… and it will be pursuing the recovery of the costs involved from the responsible parties.” 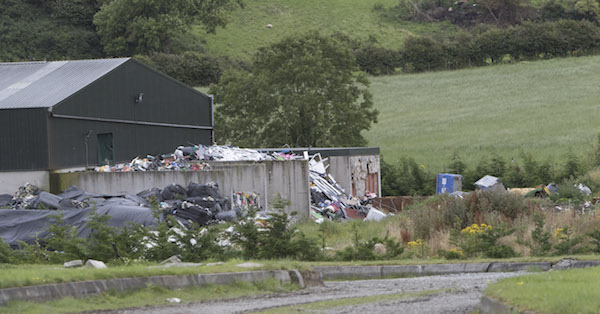 Fire at Ferry’s Refuse and Recycling plant at Rossbracken, near Letterkenny. August 2017

In Bridgend, the documentary alleged of a history of cross-border dumping in a field in Bunnamayne.

The RTE report claimed that 50,000 tonnes of waste from Derry were dumped at a site which was due to provide for a €100m North West Data Centre. DCC was strongly criticised by the EPA for their handling of the site, but the authority said they are now working with EPA on the matter.

Donegal County Council was found by RTE to be the poorest performing council in Ireland for the inspection rate of its facilities and for investment in waste services. The council was also found to have invested the lowest amount of resources in waste management and regulation. Between 2015 and 2016 Donegal spent €4.20 per person on waste management.

Donegal County Council responded to the analysis to say the findings did not reflect all of the authority’s efforts in the area of waste. A council statement said extra funding has been secured to hire extra staff and it remains committed to addressing waste management issues and will continue its efforts to do so.

The documentary painted a grim picture of the consequences of illegal dumping for some of Ireland’s most scenic areas in Donegal and other counties, including the Wild Atlantic Way.