The students and staff of Stramore NS in Glendowan celebrated the end of another school year with a special Student Achievement Awards night.

The night was an opportunity for the pupils to look back on all their hard work and extracurricular achievements in the year.

Past pupil Lee Gooch was the special guest on the day, along with previous school sports award winner Jack Gallagher, who attended with the Buncrana Cup. Broadcaster Lee Gooch had the honour of raising the Green Travel flag at Stramore, marking a major accomplishment for the whole school community. 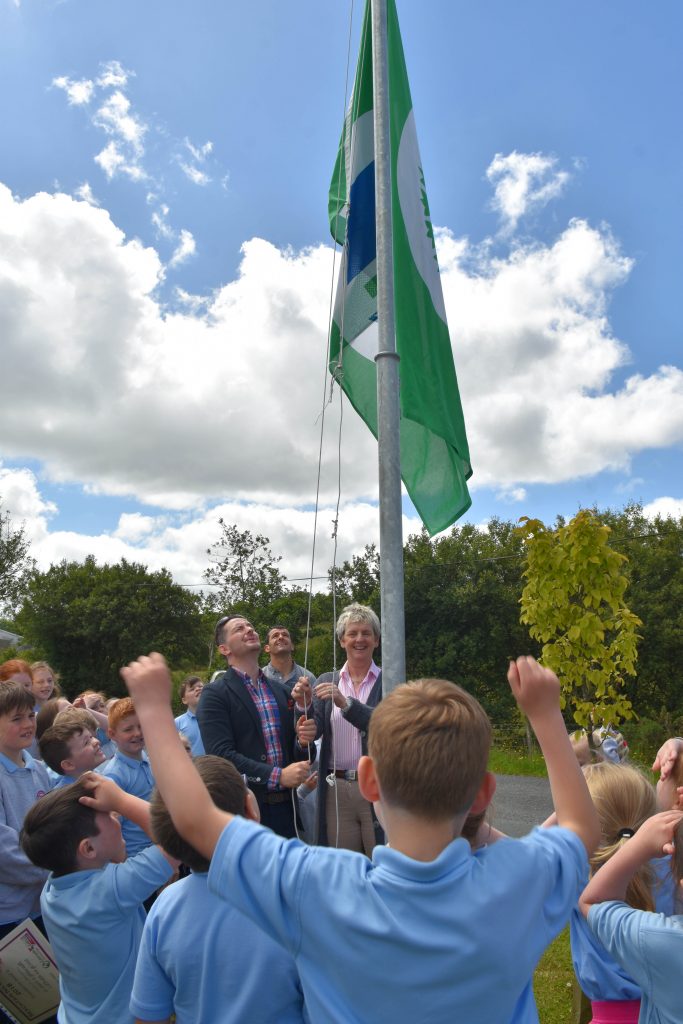 Pupils are delighted their hard work has paid off as the Green Travel Flag is raised at Scoil an tSratha Mhoir.

A special moment was the presentation of an award in memory of the late Ellen Mc Dermott, who sadly passed away last year.  Ellen was a great promoter of the Irish Language and the award was given to the pupil that spoke the most Irish at school. Anna Mc Clafferty was the proud recipient of this year’s award. 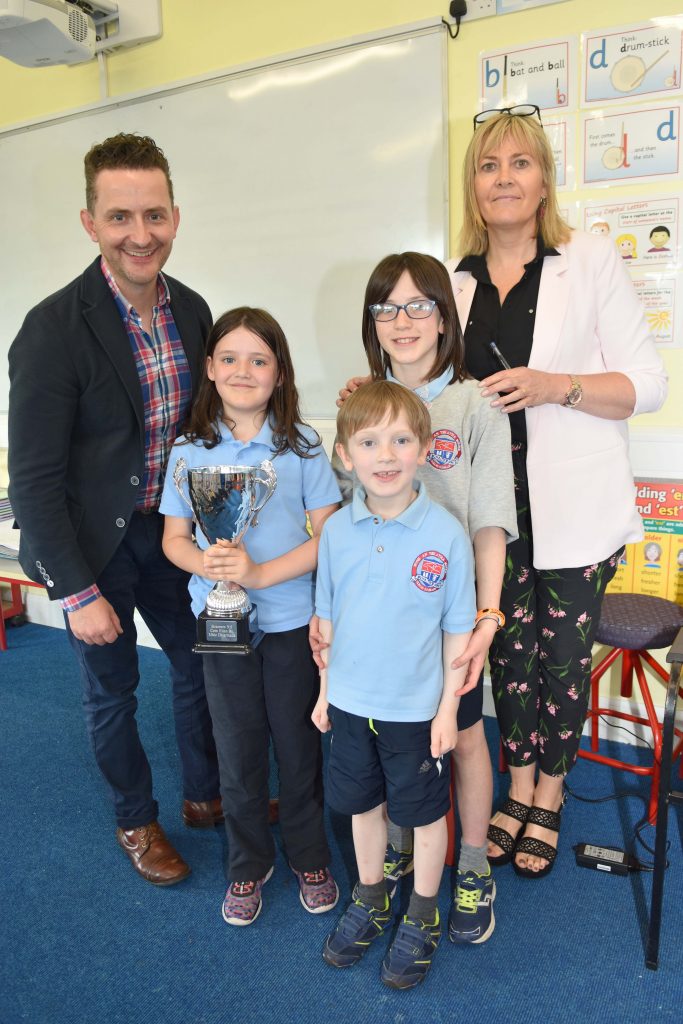 It was a particularly memorable event for the Sixth class students, who were presented with keepsake hoodies with their names and year of leaving as they part ways. 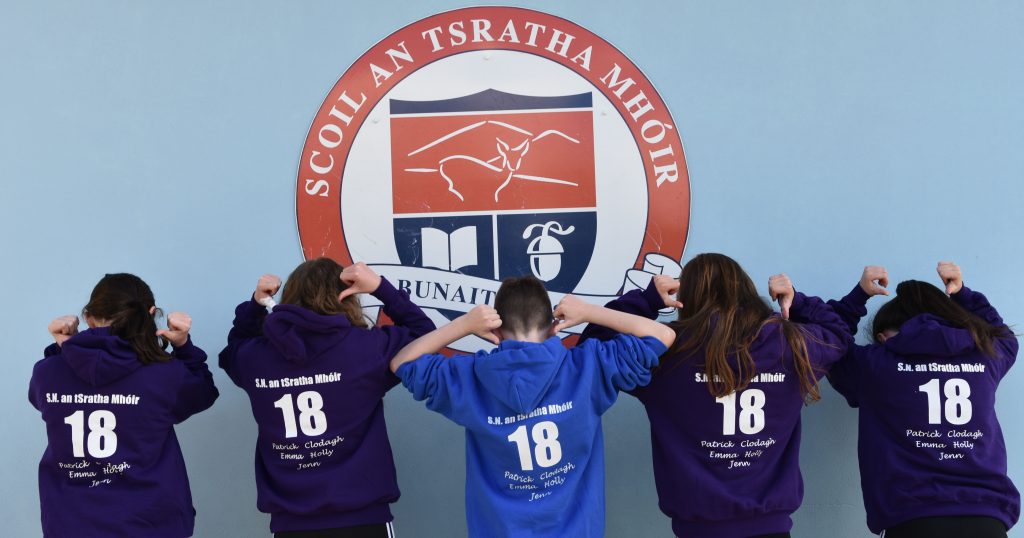 Sixth class students with their souvenir hoodies as they depart from Scoil an tSratha Mhoir. Photo Geraldine Diver

See the full gallery below, with pictures by Geraldine Diver. 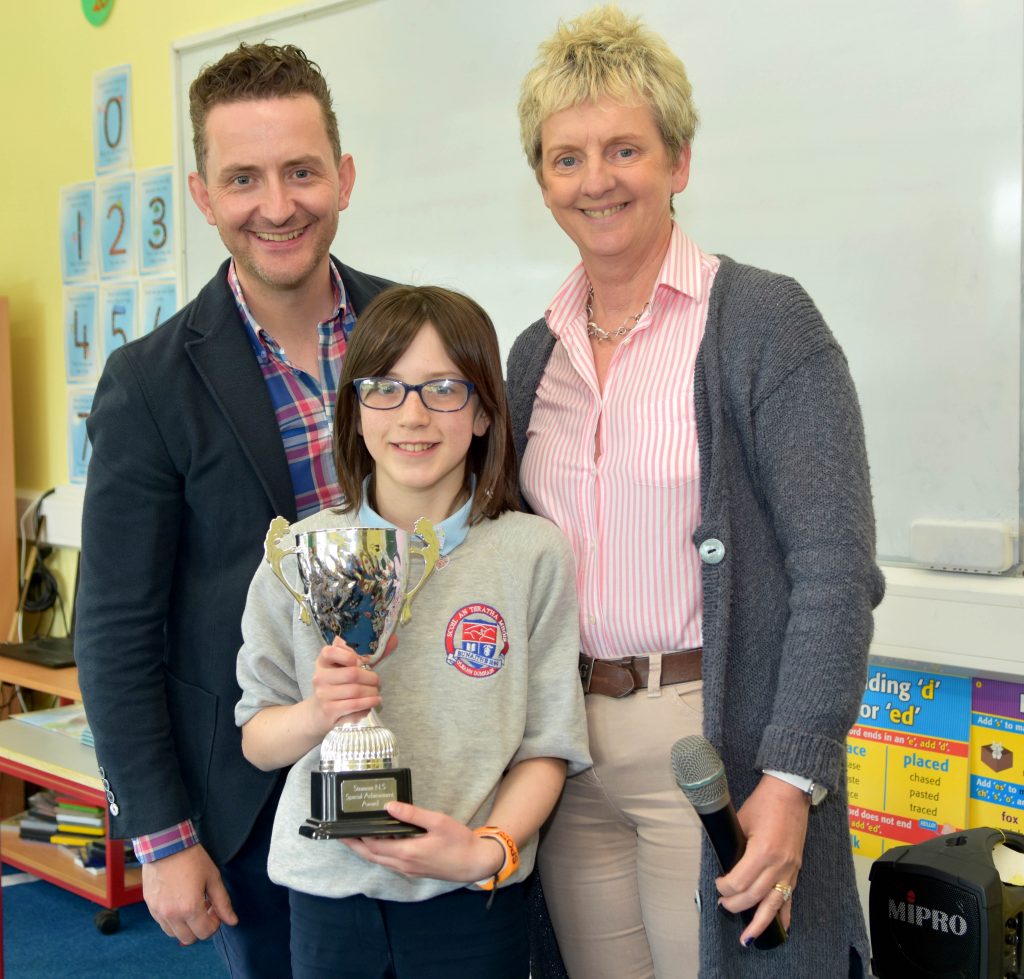 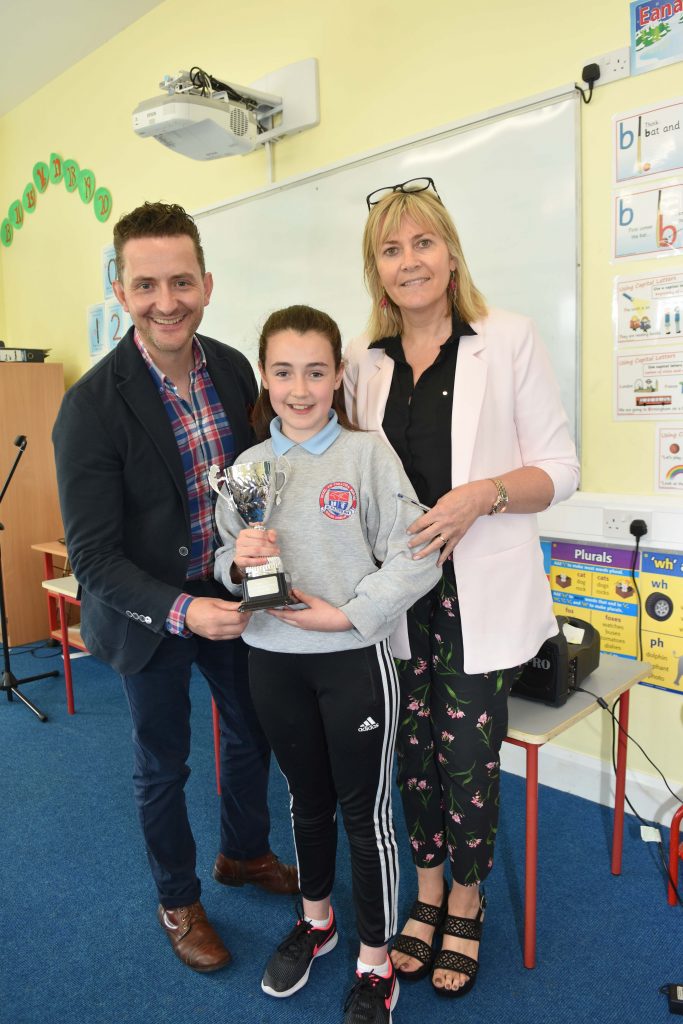 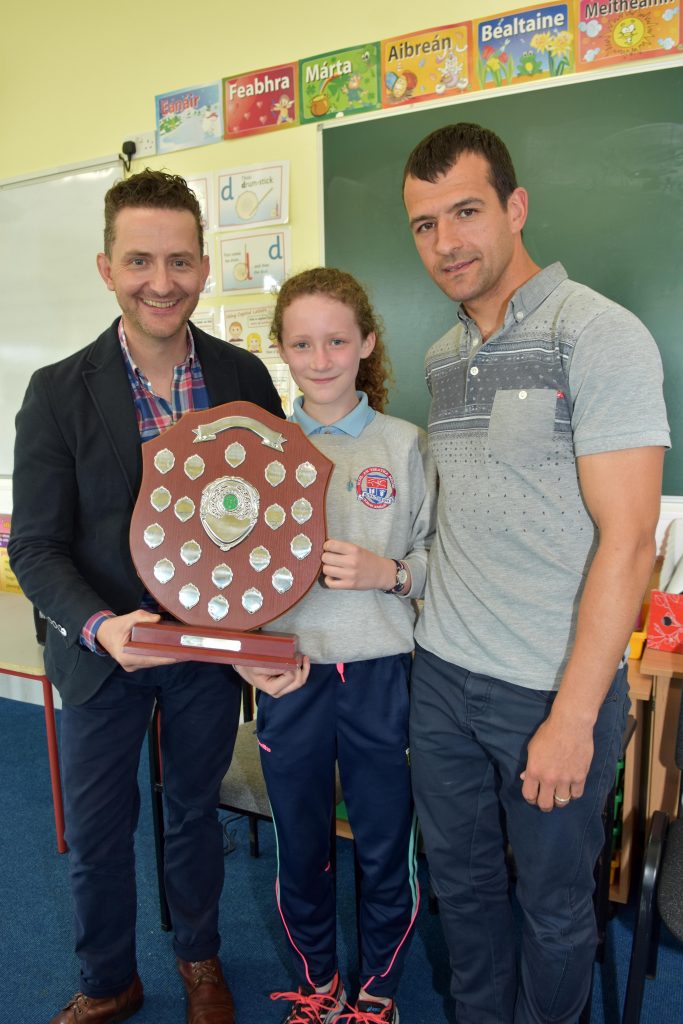 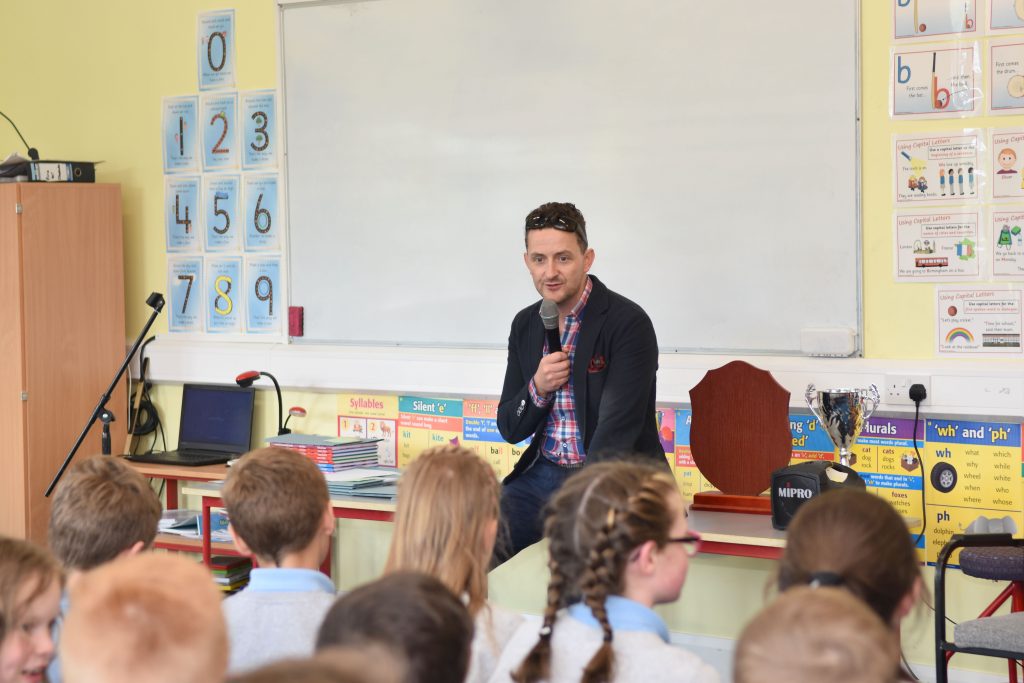 Lee Gooch from Highland Radio who was special guest at the Annual Awards at Scoil an tStrath Mhoir. 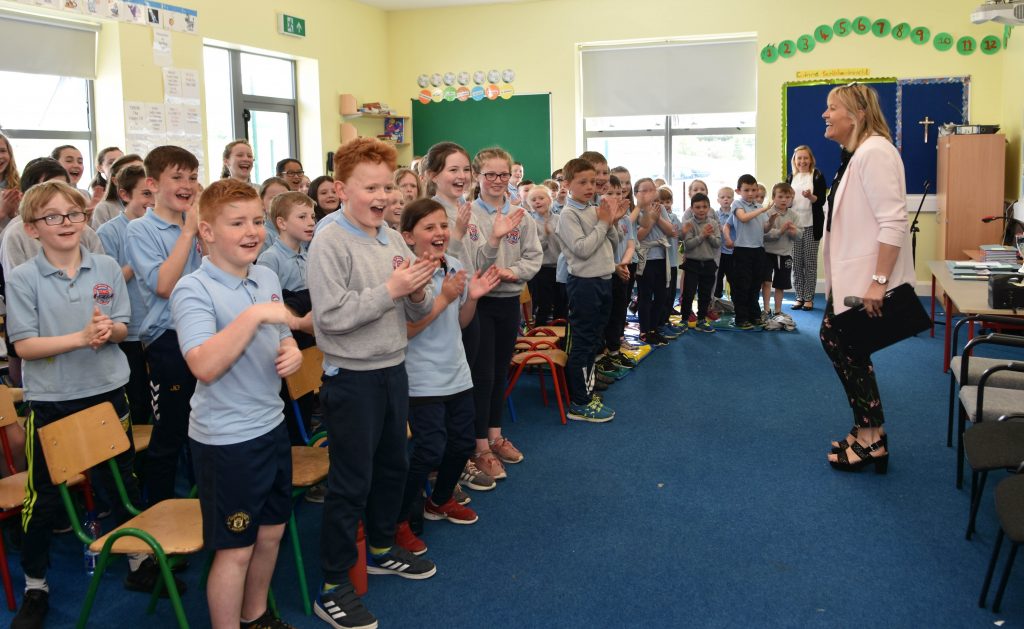 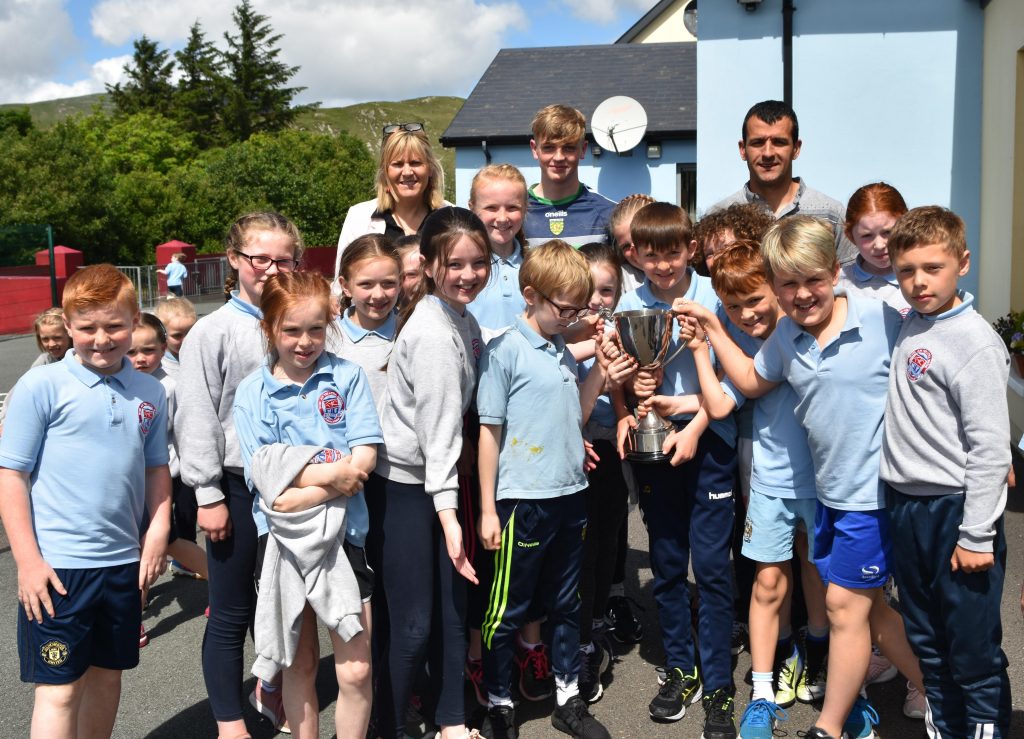 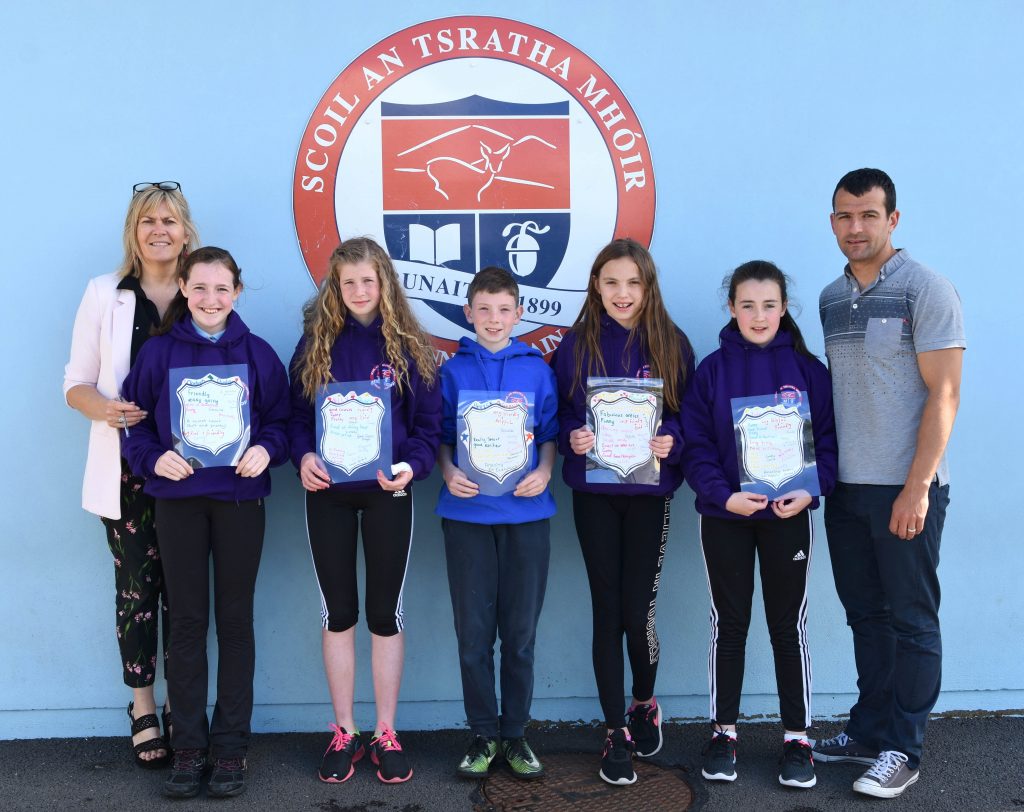 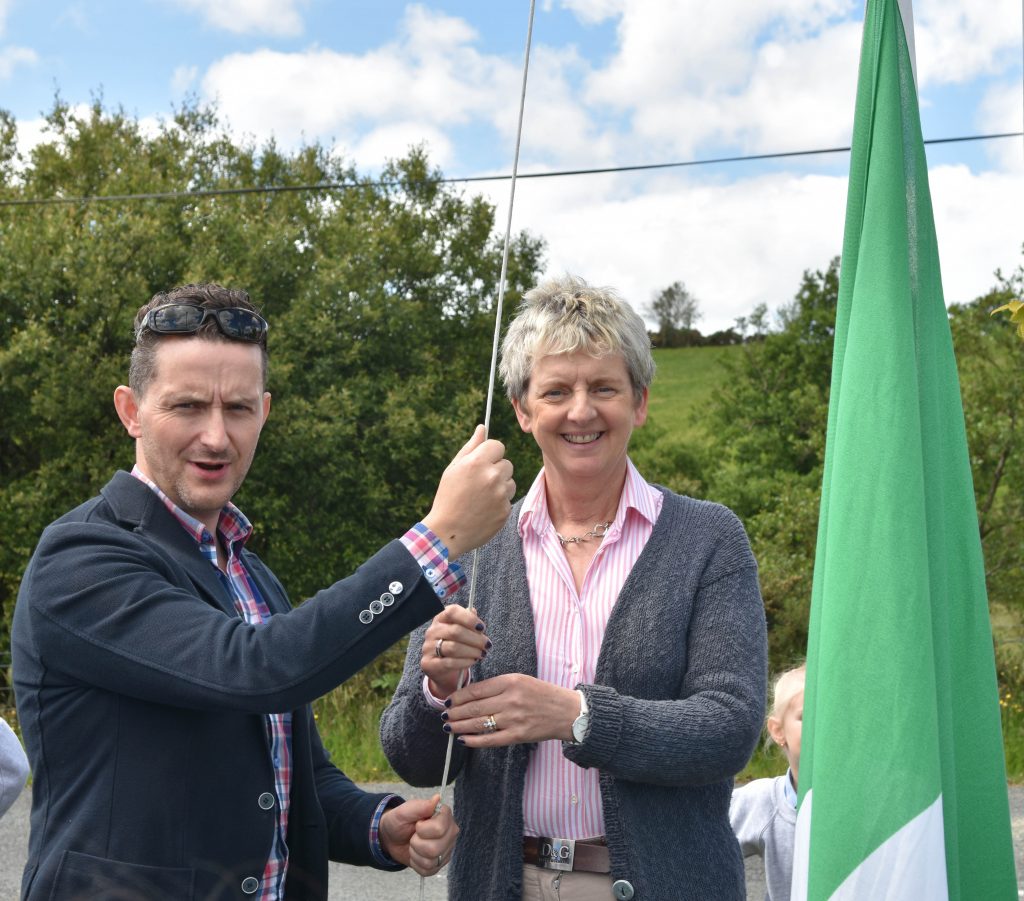 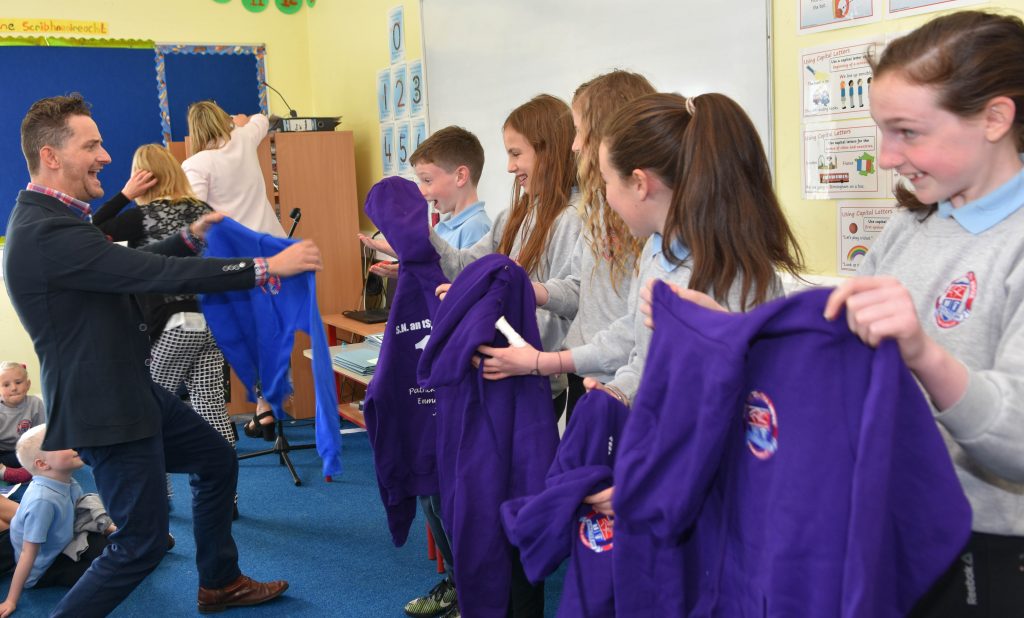 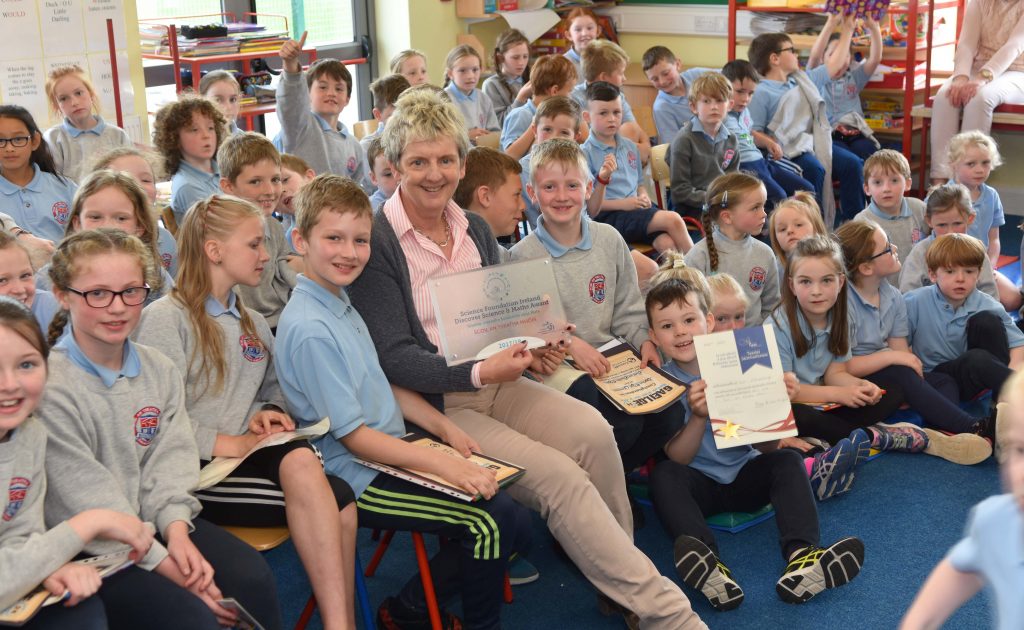 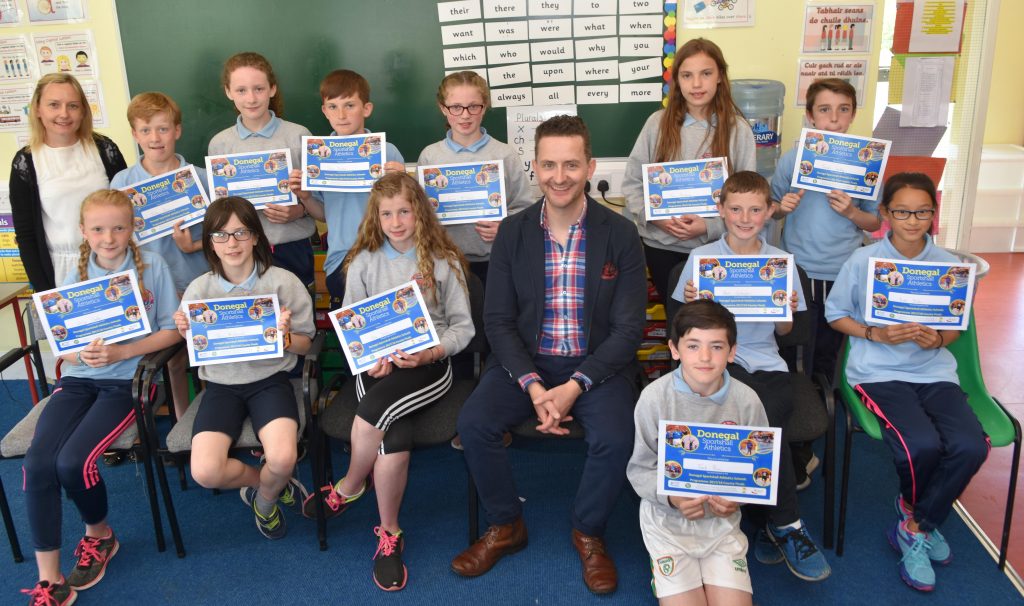 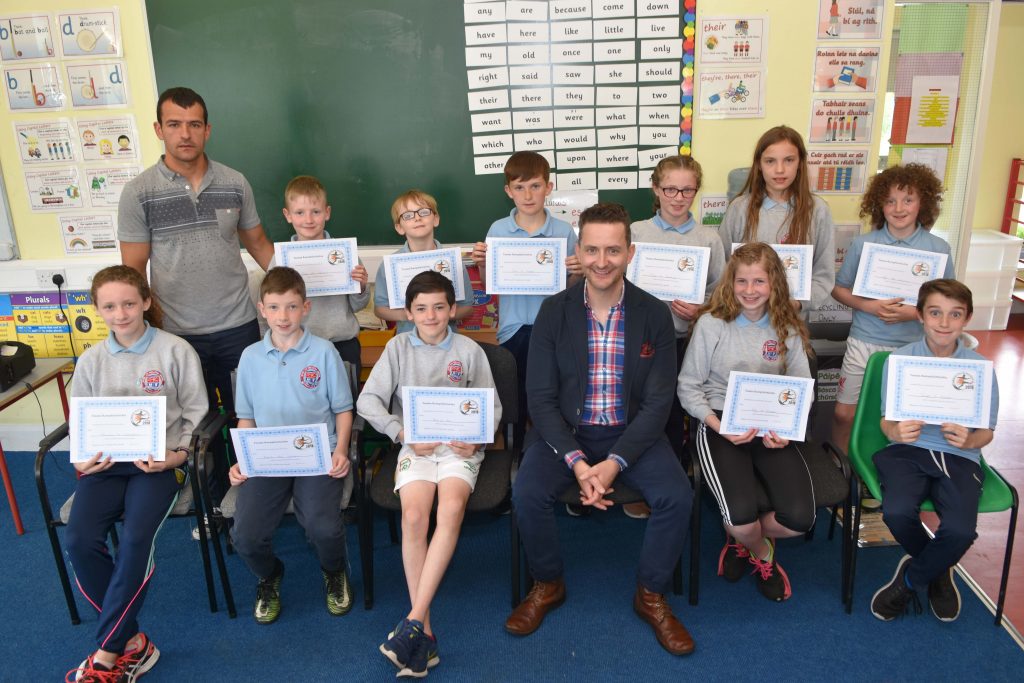 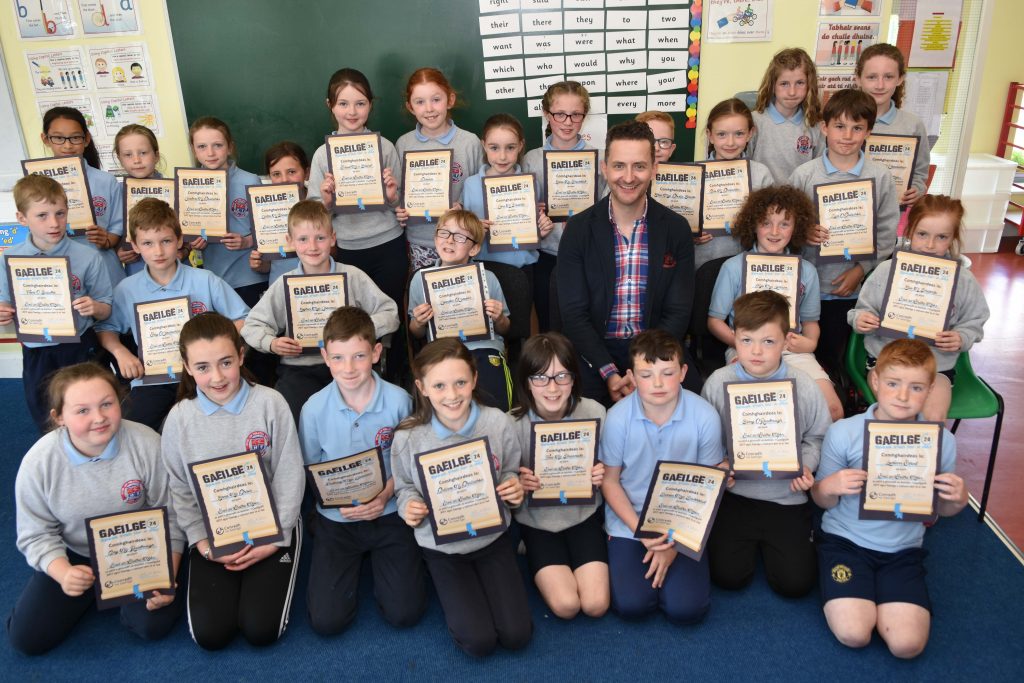 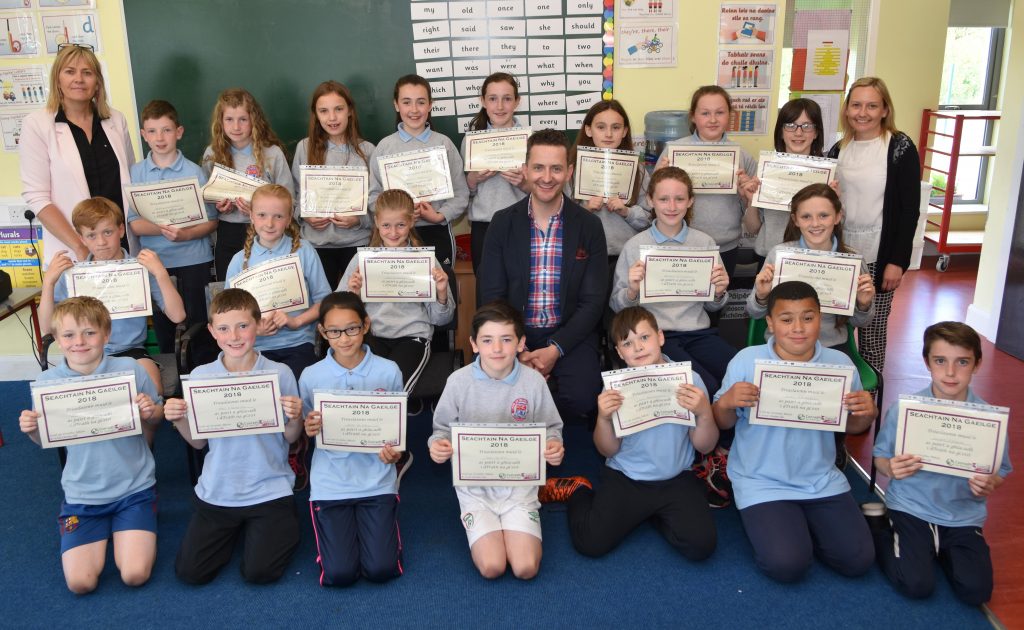 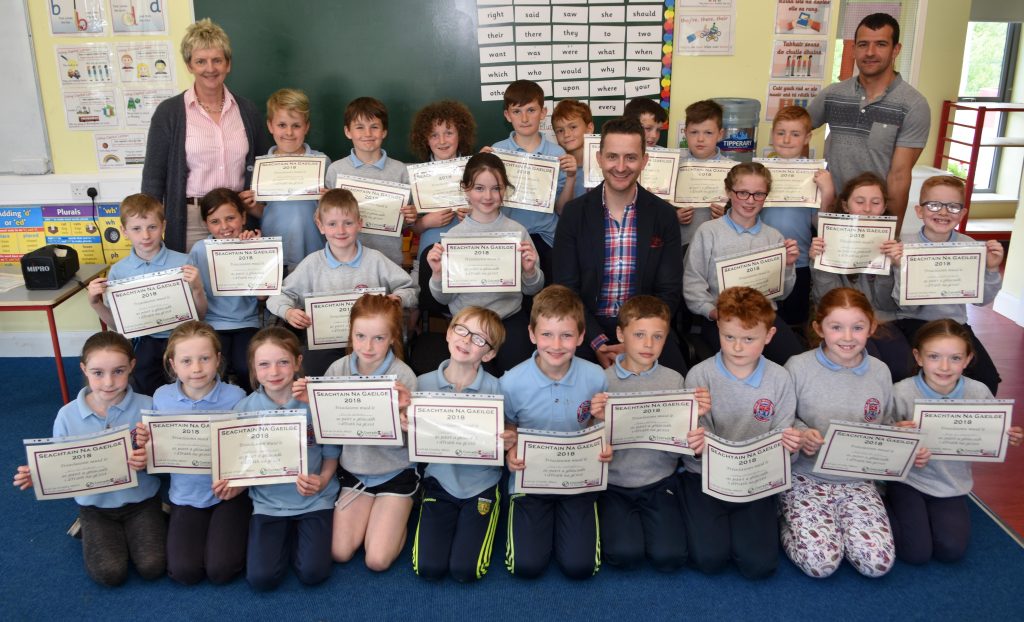 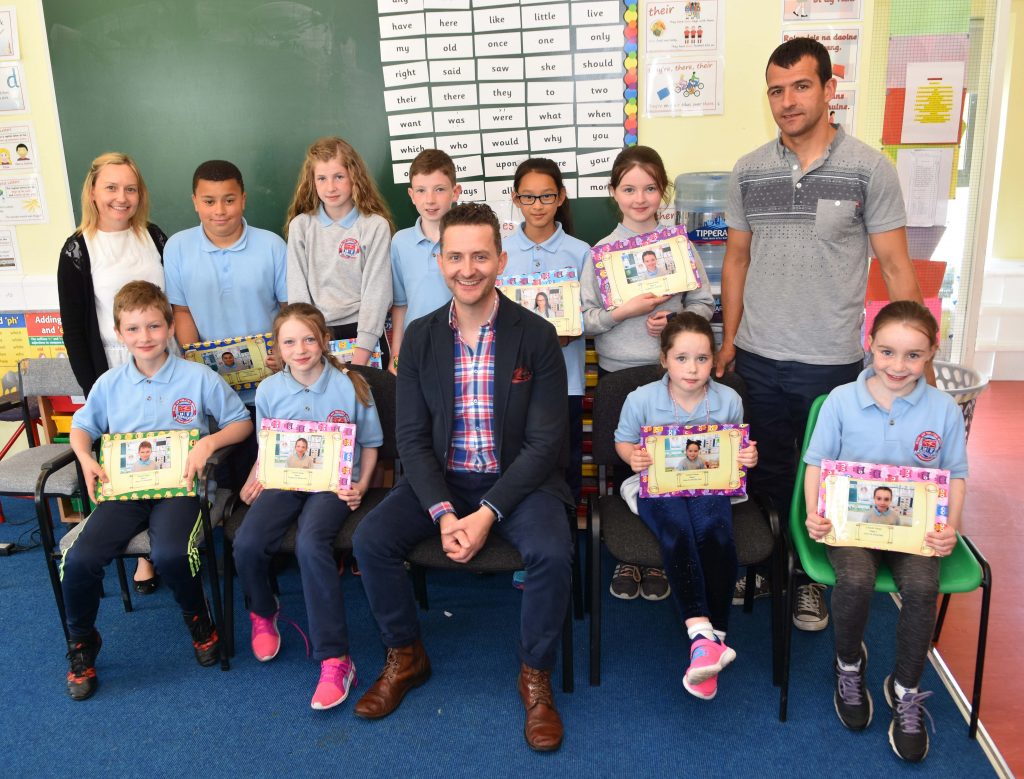 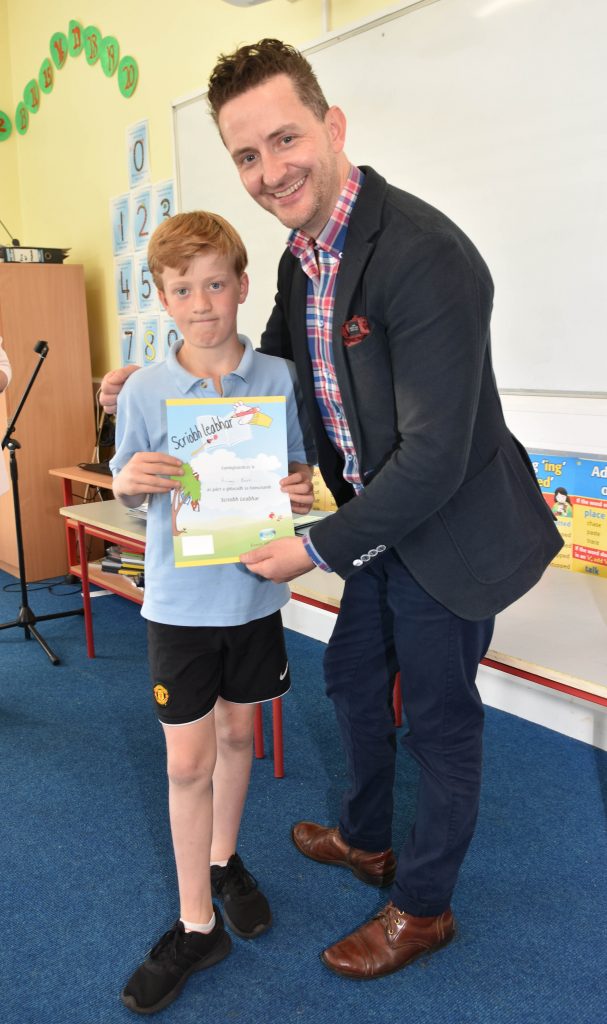 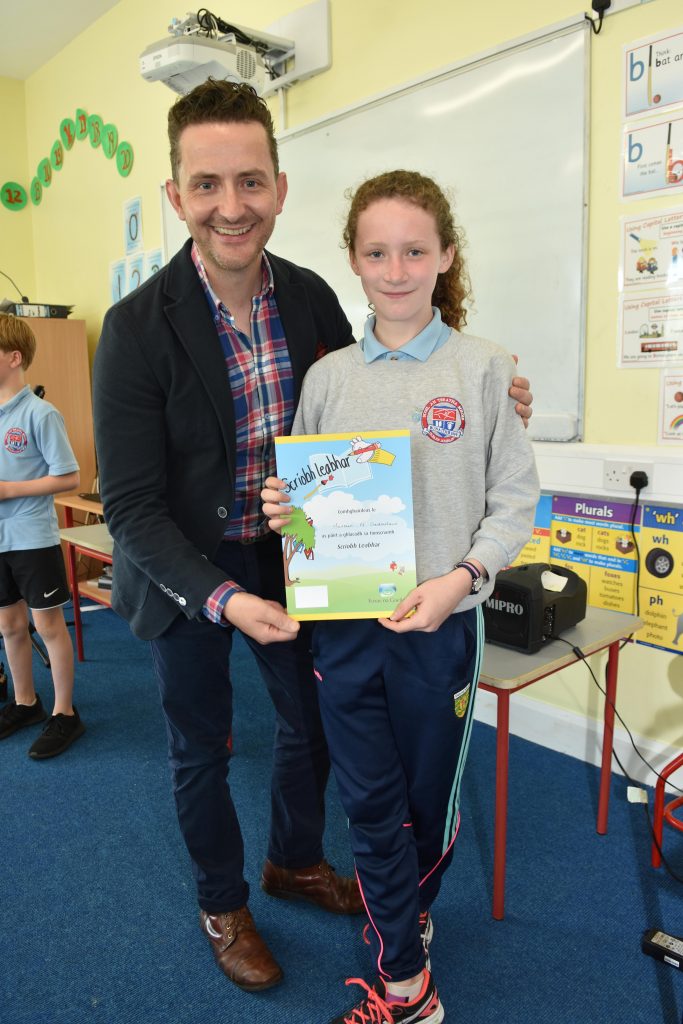 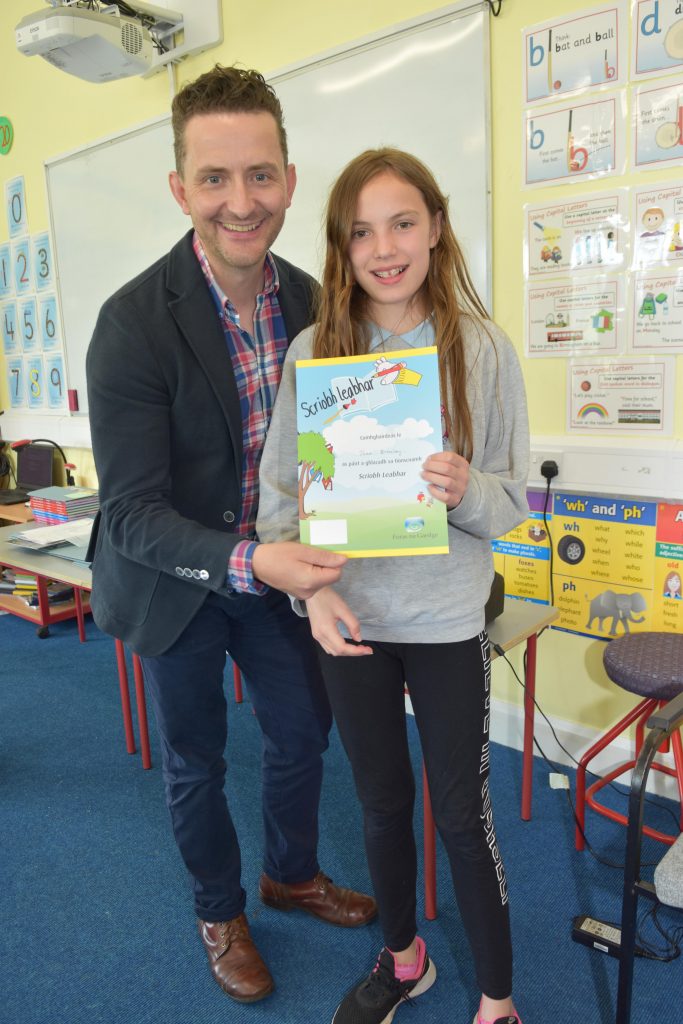 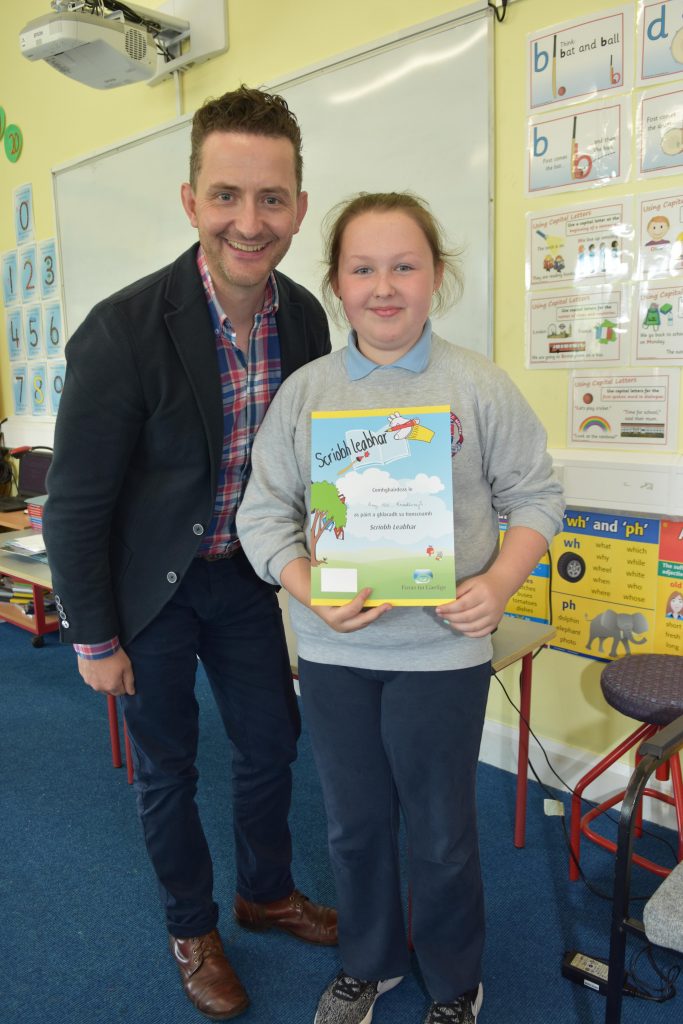 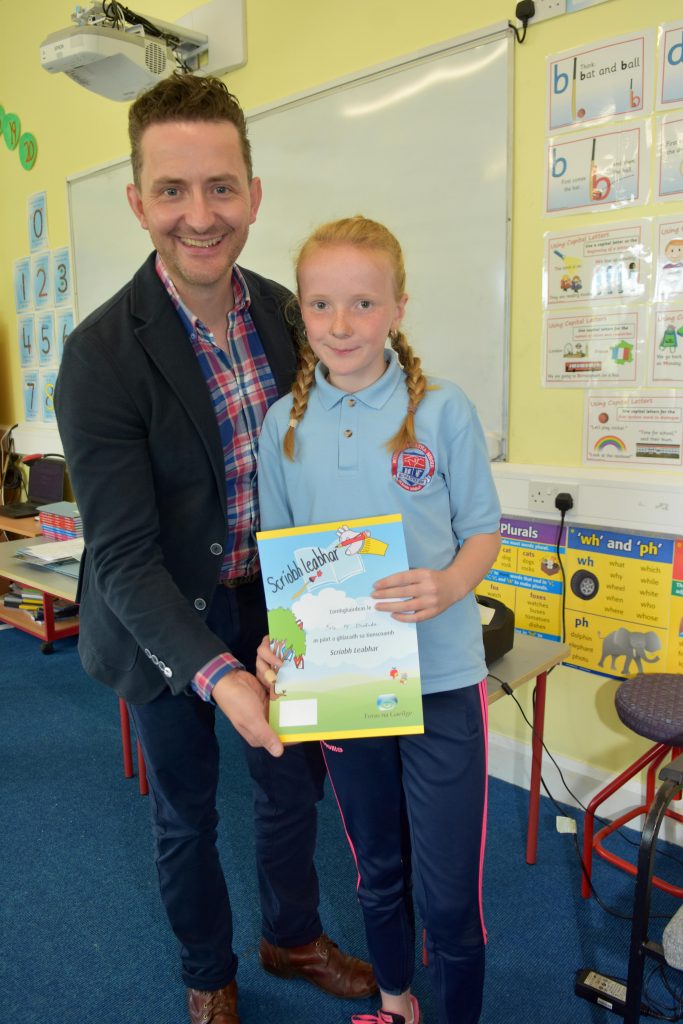 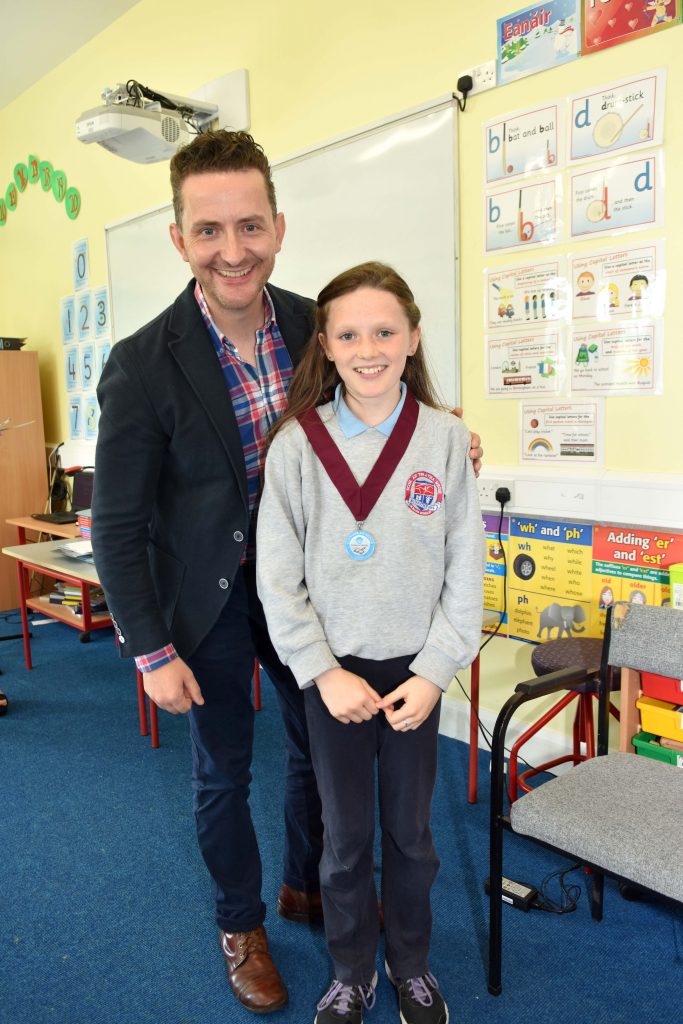 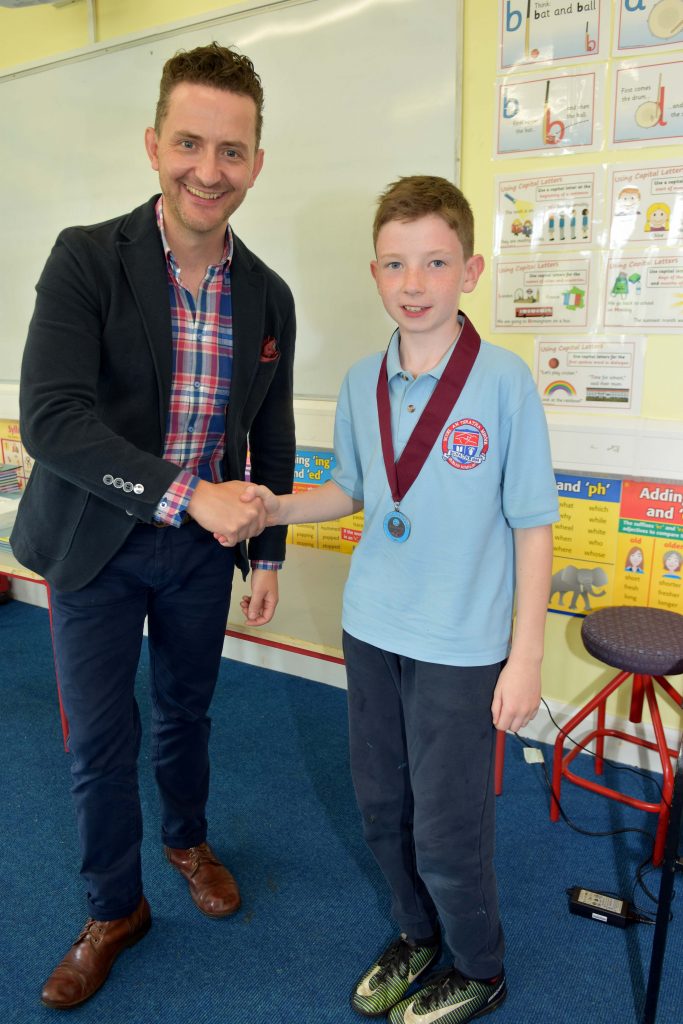