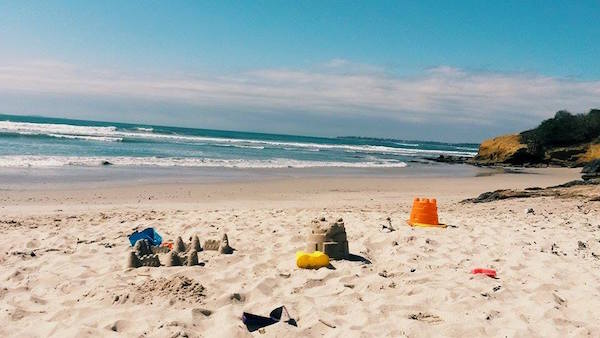 Bad news for sun-worshippers – Met Eireann not sure when heatwave will end!

It may only be starting to heat up but Met Eireann say the bad news is that they have no indication when the upcoming heatwave will end!

Temperatures are forecast to hit 24 degrees this weekend and then steadily rise into next week, reaching 28 degrees or more by Wednesday.

And the national forecaster says that current forecasts show there is no “peak” in sight to the warm and settled spell.

If you’re planning to visit any of Donegal’s stunning beaches or walkways, then any day next week looks like the perfect time.

“This area of high pressure sitting over the country has given us no indication that it is going to leave,” a spokeswoman for Met Éireann’s forecasting division said.

On Monday temperatures across most of Ireland will be 25 degrees and will not drop below more than 15 degrees during the night.

Temperatures could reach 26 degrees on Tuesday and generally dropping to 15 degrees in the evening time.

Wednesday is set to be hotter still, with highest temperatures to hit 28 degrees in much of Leinster by 4pm.

The rest of the country including Donegal will not be far behind at 27 degrees, which will hold well into the evening before dropping to between 14 and 20 degrees that night.

The next day will be similar, if not slightly hotter at 28 degrees or above.

But coastal areas may be slightly cooler over the week due to stronger breezes.

This data is taken from a new weather forecaster model on Met Éireann’s website, www.met.ie, which offers a guide to how the next week will shape up based on computer predictions.

Meteorologists interpret these models along with other information and readings to draw up their weather forecasts.

Bad news for sun-worshippers – Met Eireann not sure when heatwave will end! was last modified: June 26th, 2018 by Staff Writer
Tags:
donegalheatwaveMet Eireannsun