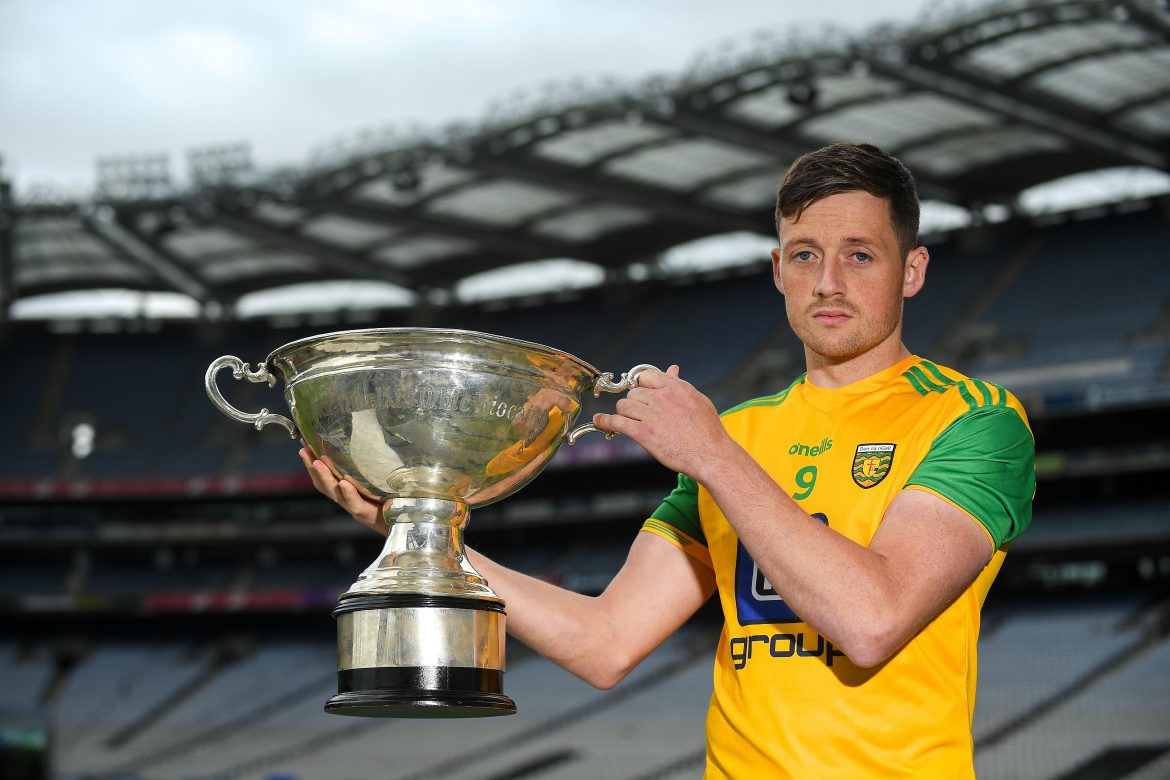 Donegal staged a tremendous second half performance, as they captured the Nicky Rackard Cup in impressive fashion, with a seven-point win handing them silverware for the first time since 2013 at Croke Park.

By Cóilín Duffy at Croke Park

Six points in arrears after 20 minutes, and trailing by four points at the break, Mickey McCann’s charges dug in on the restart, against a Warwickshire side that finished with 14 men, after a second yellow card for midfielder Shane Caulfield 20 minutes from time.

Armagh native Declan Coulter was on of Donegal’s key men, and really spear-headed their resurgence in the second half.

Coulter fired Donegal’s first four points on the restart, to level the tie at 0-12 apiece on 43 minutes.

Warwickshire twice regained the lead, but a 47th minute goal from defender Gavin Browne put Donegal in the driving seat until the finish.

A second goal arrive from Coulter six minutes later, and Donegal stood firm in defence despite strong Warwickshire pressure until the end.

Earlier, both sides were well matched in the opening stages, Warwickshire twice taking the lead inside the opening four minutes, before Donegal equalised – firstly from Coulter, and then Davin Flynn.

Indeed Donegal keeper Paul Burns pulled off a fine save in the opening minutes, after a Garry Lennon goal shot.

Warwickshire drove on, and with seven of the next eight points, including four from Niall McKenna they moved 0-9 to 0-3 ahead after 14 minutes.

A superb Gerry Gilmore pointed sideline cut was Donegal’s only score during this spell, and while a Coulter free broke their deadlock, McKenna ensured a 0-10 to 0-4 lead on 20 minutes – the biggest lead for Warwickshire in this game.

Donegal registered their fifth wide, at the beginning of a dominant spell, while included four unanswered scores between the 21st and 27th minutes.

Coulter hit two scores in a row before another wonder Gilmore score from a sideline.

Warwickshire again came good, although they were guilty of some bad misses, but two McKenna points brought his tally to seven for the half, and ensured a 0-12 to 0-8 interval lead.

McCann introduced Niall Cleary for Jamesie Donnelly at half-time, and Donegal firmly showed strong signs of their intent to turn this game around quickly on the restart.

A Gilmore goal effort was forced out by Philip Crean for a 65′, and although Coulter failed to convert, he quickly found range.

A quartet of unanswered points levelled the tie at 0-12 each on 43 minutes, and while McKenna and Bernard Lafferty traded scores, and McKenna’s ninth point put Warwickshire back ahead, Donegal would soon take a lead they wouldn’t relinquish.

Browne’s 47th minute goal from 35 metres gave Donegal the lead for the first time, and one they would hold onto for the remainder of the tie.

McKenna cut into Donegal’s lead, but Gilmore continued to be deadly from sideline cuts, before a second goal.

Ronan McDermott worked well, before the ball came to Coulter who popped it over the Warwickshire keepers head to open up a five-point gap with the game just in the final quarter.

Scores from Lafferty, Flynn and Gilmore opened up a 2-17 to 0-15 lead on 60 minutes, and despite Warwickshire working hard they had too much to do.

They managed to cut the gap to six points in the second minute of injury-time following a Domhnall Nugent pointed free, but Donegal had the final say with another Gilmore score.