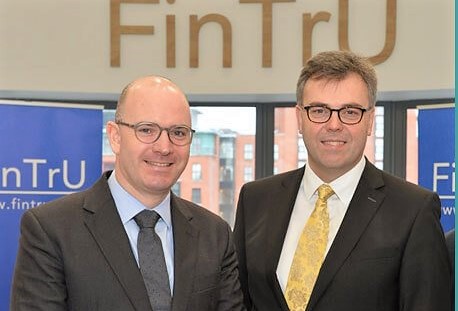 Financial services firm FinTrU has today announced a significant expansion with the creation of 600 jobs in Northern Ireland.

The company will establish a new operation in Derry that will create 305 new jobs for graduates and professionals in the Financial Services industry and bring a major boost to the economy.

The £38m expansion for Belfast-based company is another significant re-investment by FinTrU. The new jobs to be recruited over the next five years will generate over £15million in additional annual salaries for the local economy, according to Invest Northern Ireland’s Chief Executive, Alastair Hamilton.

Mr Hamilton said: “The company will create 305 of the new jobs in Derry/Londonderry which is a great endorsement of the wealth of talent in the North West. This investment will also make a significant contribution to Northern Ireland’s flourishing Financial Services sector and will deliver a projected £20million in additional new export sales for the company.”

Great news for Northern Ireland this morning with 605 new jobs to be created by @FinTrU! The significant expansion will see it establish a new operation in Derry with 305 new jobs and create a further 300 new roles in Belfast. #investment pic.twitter.com/fPFK730GwH

She said: “Today’s announcement by FinTru of 305 highly skilled jobs to service the Financial Sector is very significant for this region. The investment is a real vote of confidence in our city, our talent pool, our infrastructure and our business environment.”

FinTrU provides regulatory resourcing services, including legal, risk, compliance, KYC, operations and consultancy, to Investment Banks and other financial institutions. It established its Belfast centre of excellence in 2014, with initial plans to recruit 80 staff and has since grown successfully to now employing over 240 staff.