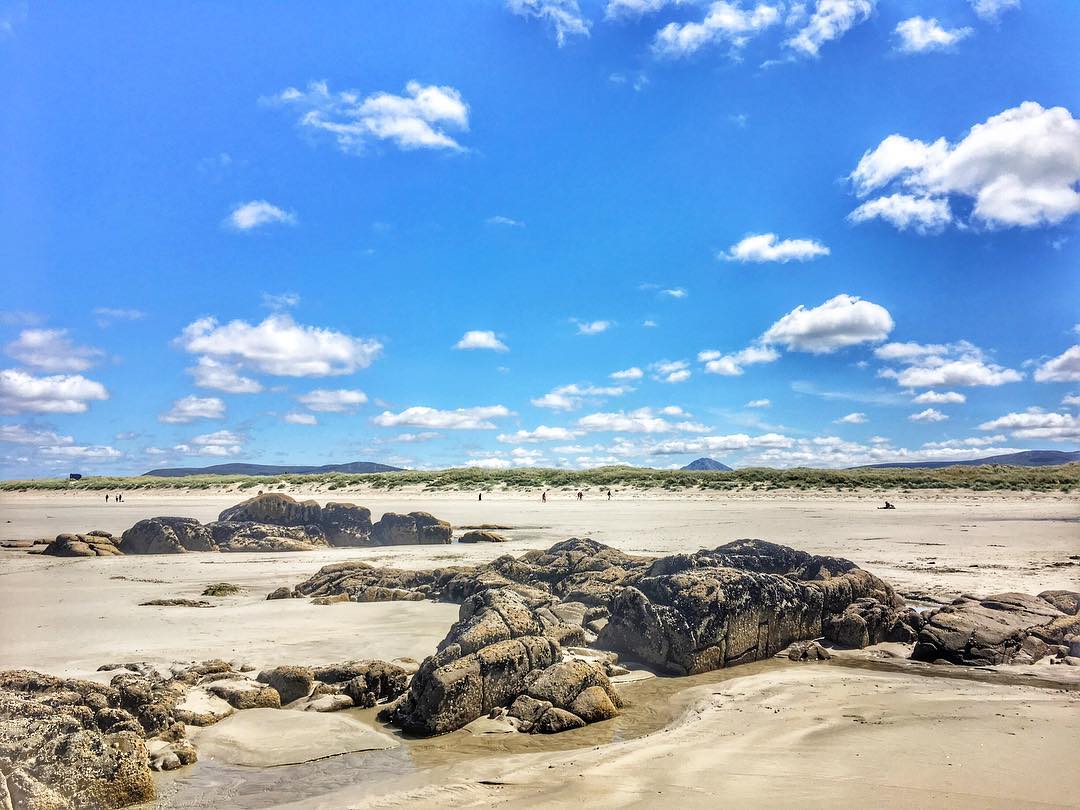 Donegal is set to swelter in the sunshine well into next week, according to Met Eireann.

It was initially believed that the unusual hot spell would break over the weekend.

But Met Éireann forecaster Joanna Donnelly explained this morning that there is no sign of the current high pressure “breaking”.

Temperatures topped 30C in parts of the country yesterday – and are expected to rise again today.

Speaking on RTE Radio One’s Morning Ireland, Ms Donnelly said the temperatures will be “marginally higher” today as they’re “starting from a higher base” overnight.

“It will be another hot and sunny day today with temperatures jumping over 30C once again,” she said.

“We can expect 31C, maybe even 32C inland, likely in the same places that experienced higher temperatures yesterday.

“There will also be a light, easterly wind that will moderate a little later, but it will be overall a dry, warm, sunny, hot summer’s day with sea breezes along the coasts,” she continued.

“Tonight, the temperatures will be between 13 and 15 degrees as well, and it will be the same tomorrow after another hot and sunny day.

“It will be another warm and sunny day on Saturday and Sunday, as the high pressure is not breaking down.

“So it’s another day pushed out – we were looking at uncertainty but the latest model shows its set to continue with more dry, warm and sunny weather next week too.”

In fact, the mercury is set to rise even higher today and tomorrow, building on the 31C high recorded yesterday at Shannon Airport.