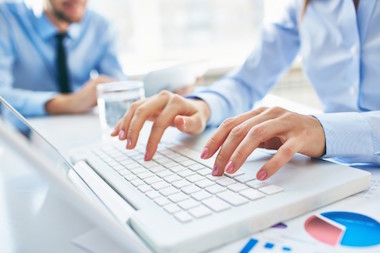 THE Government has still failed to acknowledge the role of school secretaries across Donegal who still aren’t recognised as Department of Education employees, representatives say.

Most secretaries are paid – often the minimum wage – out of school capitation grants. That also means they don’t get pensions, sick leave….or summer pay.

The Department has promised a review on the insistence of Taoiseach Leo Varadkar but it still hasn’t been sorted out, say the secretaries.

Letterkenny-based secretary Kathleen O’Doherty said: “If only the Department of Education would make an effort to appreciate the school secretary by putting right a fundamental wrong and end the two-tier system where some secretaries are employed as public service staff under the 1978 scheme while others depend on capitation funding.

“This funding takes into account the general running of the school, and the wages of a secretary are only taken into account when other essentials are paid. Many of these dedicated staff have given more than 20 years of service, yet have no pension or sick leave, promotional opportunities and have to sign on during school closures.

Kathleen added: “As skilled administrators, we are regularly called upon to take on a wide range of duties, juggling reception and telephonist duties, and carrying out the daily tasks demanded by the Department of Education. Work undertaken by independent employment expert Sean McHugh demonstrated that the role of school secretary goes well beyond what would be expected of a clerical officer operating as a team member in the Civil Service, health or local government sectors.

“He found no distinction whatsoever between what is expected of Department of Education-paid and grant-funded secretaries.”