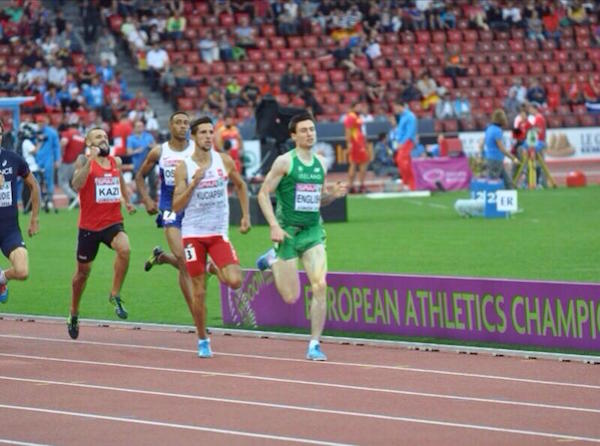 Mark English will compete in the 800m at the Morton Games on July 19, it has been announced.

The Letterkenny native has not been too active this year yet, his last race in mid-May when he finished ninth in the 800m at the Boston Games.

Double European medallist English – who won bronze in the 2014 European Championships and silver in the 2015 European Indoors – won the National Indoor 800m title in February when he clocked 1:53.53 in Abbotstown.

British runner Michael Rimmer, a Worlds and Olympic semi-finalist, will also be on the start line as he makes his first Morton Games appearance.