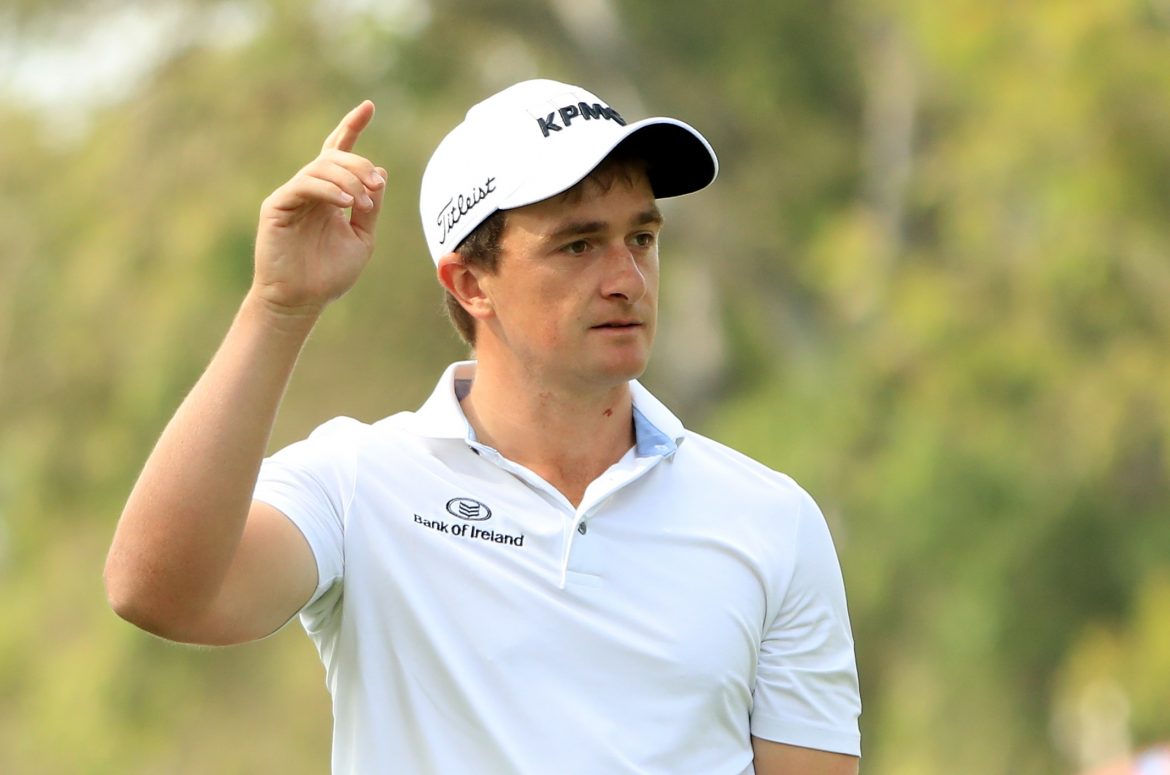 Paul Dunne has admitted that the heat in Donegal for the Irish Open is almost similar to what you would expect in Spain and added that it’s going to be a very testing few days on the golf-course.

In what is only Dunne’s third Irish Open, the Wicklow man views this event as the fifth major on his card. He admitted that although he hasn’t had a strong finish in an Irish Open to date that he was feeling confident coming into this week despite the difficulty of the course.

“The weather’s great, but there’s still a 15-mile-an-hour wind that makes it very testing. Especially striking the ball off like really tight links turf when it’s firm.

“It tends to add a bit more spin and the wind affects it a little bit more. I think the scoring will be very good, with greens this good, if the wind stays down.”

Although the sun is currently shining in Donegal, Dunne was quick to comment that the weather in Ireland can quickly change but he did admit that the course was in excellent shape.

“And if the wind gets up, obviously it can cause havoc with a lot of things. The course in great shape, firm and fast, but not quite as firm as I was expecting with the lack of rain.

“They did a good job speaking it relatively green out there. But the greens are perfect. They are quite firm but they are really true, so I’d say there will be a lot of medium-range putts held this week.”

Dunne was disappointed with how his season started but said that he was glad to get back in form. A return to his home soil could well be the catalyst for another good performance this week.

“As a season, I think I got off to a bit of a rough start. I was struggling with a few different things and I was working hard on certain aspects of my swing that felt like I was getting nowhere with them, even though I felt like I was doing the right things.

“And then kind of from nowhere, it clicked kind of really quickly and then when it I did went on a nice run. I felt like I was playing well every week,” Dunne concluded.