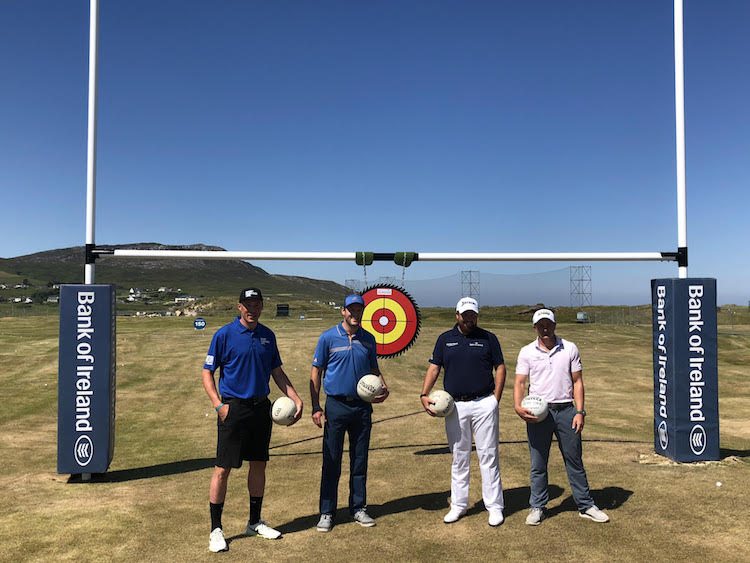 Donegal captain Michael Murphy is taking an active part in the 2018 Dubai Duty Free Irish Open in Ballyliffin – and says ‘there’s no place on earth like Donegal’.

Murphy is teeing off in today’s Pro-Am at Ballyliffin Golf Club, playing alongside Pablo Larrazabal, Kieran Donaghy and Stephen Ferris.

Murphy was named an honorary life member at Ballyliffin GC in the lead-up to the Irish Open and took part in a unique GAA Target Challenge today.

Murphy says the event will showcase Donegal like never before.

“There is no place like it on earth,” Murphy said.

“It has the scenery the golf course and it has the people.”

Here’s on they got on with the golf challenge…

…And here’s their attempts at frees: