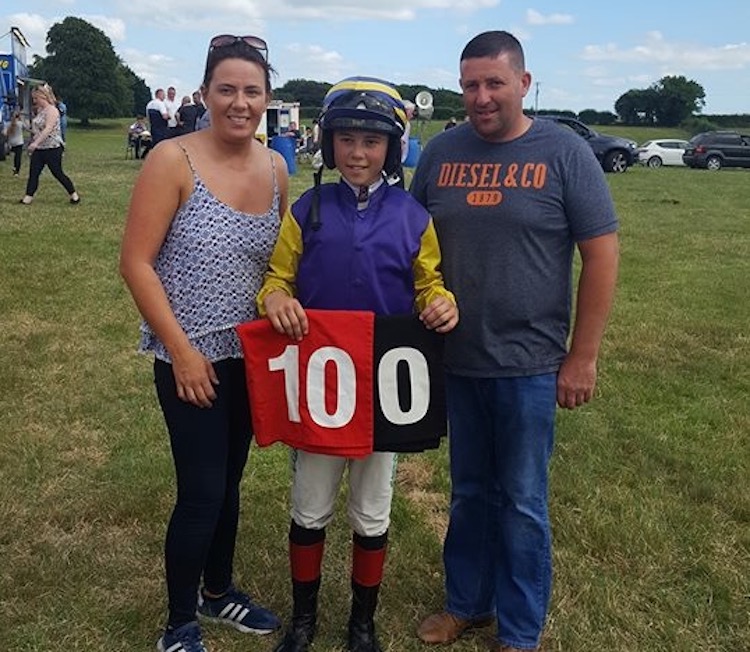 Dylan Browne Mc Monagle notched up his first century of winners at the weekend in Shanahoe Co Laois.

On Saturday in Ramelton the Letterkenny jockey rode a four-timer aboard Four Stone Of Lead, Five Stone Of Lead, Let Him Go and Athea Jade bringing his tally to 98 wins in his three year career.

The Letterkenny teenager headed east to Co Laois for Sundays meeting in the midlands and made it 99 on Waratah in the 148cm pony race. He reached his first mile stone of 100 winners aboard the prolific Omega in the one mile open and then made it a treble on Half Price in the ten furlong open. 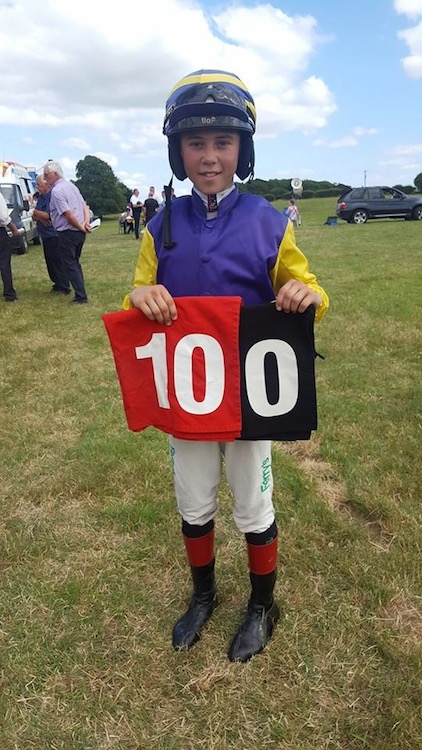 His fine weekend of eight winners was completed in the concluding race when steering Mr Grey to victory in what was the most exciting race of the weekend.

The next meeting run by the NW Racing Board is in Garvagh on Sunday 22nd July at 2.30pm