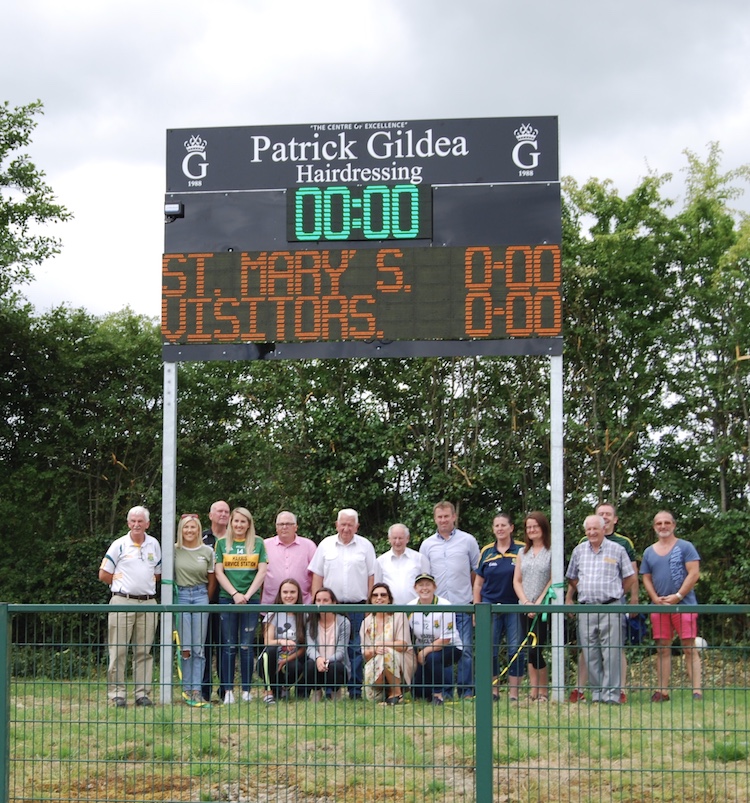 St Mary’s GAA in Convoy flicked on their new scoreboard at the weekend.

Before their game against Killybegs at Pairc Naomh Muire, local councillors Frank McBrearty and Liam Doherty, along with Danny Harkin and John McMullan performed the official duties.

The two local Councillors contributed very generously from the DIF fund and there was a sense of pride from two long-standing club stalwarts when they cut the ribbon.

McMullan has been a player, committee member and a former Chairperson of the club.

When the club needs someone to help at fundraising there is no better man than John, who holds the position of joint President along with Danny Harkin, who has been a player, a manager, committee member and has held every officer position in the club.

He has also held officer positions with the County Board and in 1973 he refereed an All Ireland Minor semi final. 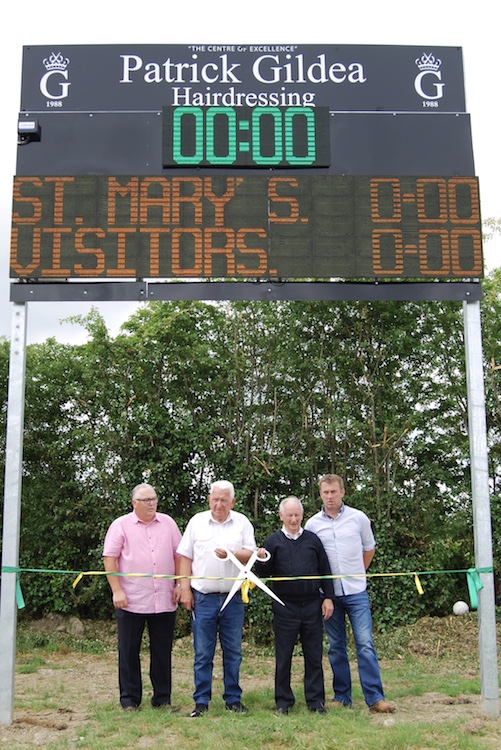