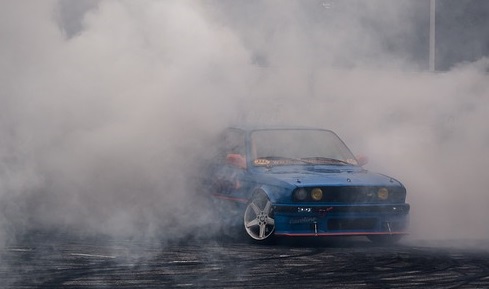 The contests which run in the Dry Arch area of Letterkenny each year have ‘terrorised’ people living in the locality, said Cllr McMonagle at yesterday’s meeting of the Letterkenny MD.

He said: “We have a large number of people coming to the county, not to follow the Rally, but to participate in these diffing events. There are four private businesses operating now and the people of Dromore, Bonagee, Lurgybrack and Drumahoe say they are deeply affected.

“Children and parents are not able to sleep at night with the noise and people are anxious about the speed of cars on the roads.

“These events have no parking, no traffic management and no health and safety plans as far as we can see.”

Cllr McMonagle said he was disappointed with the council’s response that there was no scope to address the issue under Planning & Development legislation.

The council maintained that ‘notwithstanding the evident nuisance created by these activities’ the limited timespan of the events mean that they do not require planning permission.

Cllr McMonagle said there is an onus on the council to call together the interested parties – the private diffing event organisers, the Donegal International Rally organisers, the Vintners, Gardai and residents – to make the Rally a safe and enjoyable event for all. Such a meeting was requested yesterday, he said.

Cllr John O’Donnell raised a debate that not all private events should be “branded with the one brush”, such as separate events that are held the karting track.

Cllr O’Donnell said: “I’m not going to sit back and say there are private operators with no management and safety measures. I’ve attended events that are controlled and very well managed. Isn’t it better that they are in a controlled environment than being out on the roads? We should write out to the people to give us their plans.”

“I’m not sure what we as a council can do, but I would say that Cllr McMonagle has the support of the Donegal Motor Club,” said Cllr Brogan.

Cllr McMonagle added that the Donegal Rally is being damaged by the bad publicity surrounding diffing competitions and that safety must be ensured for people who come to support the Rally.