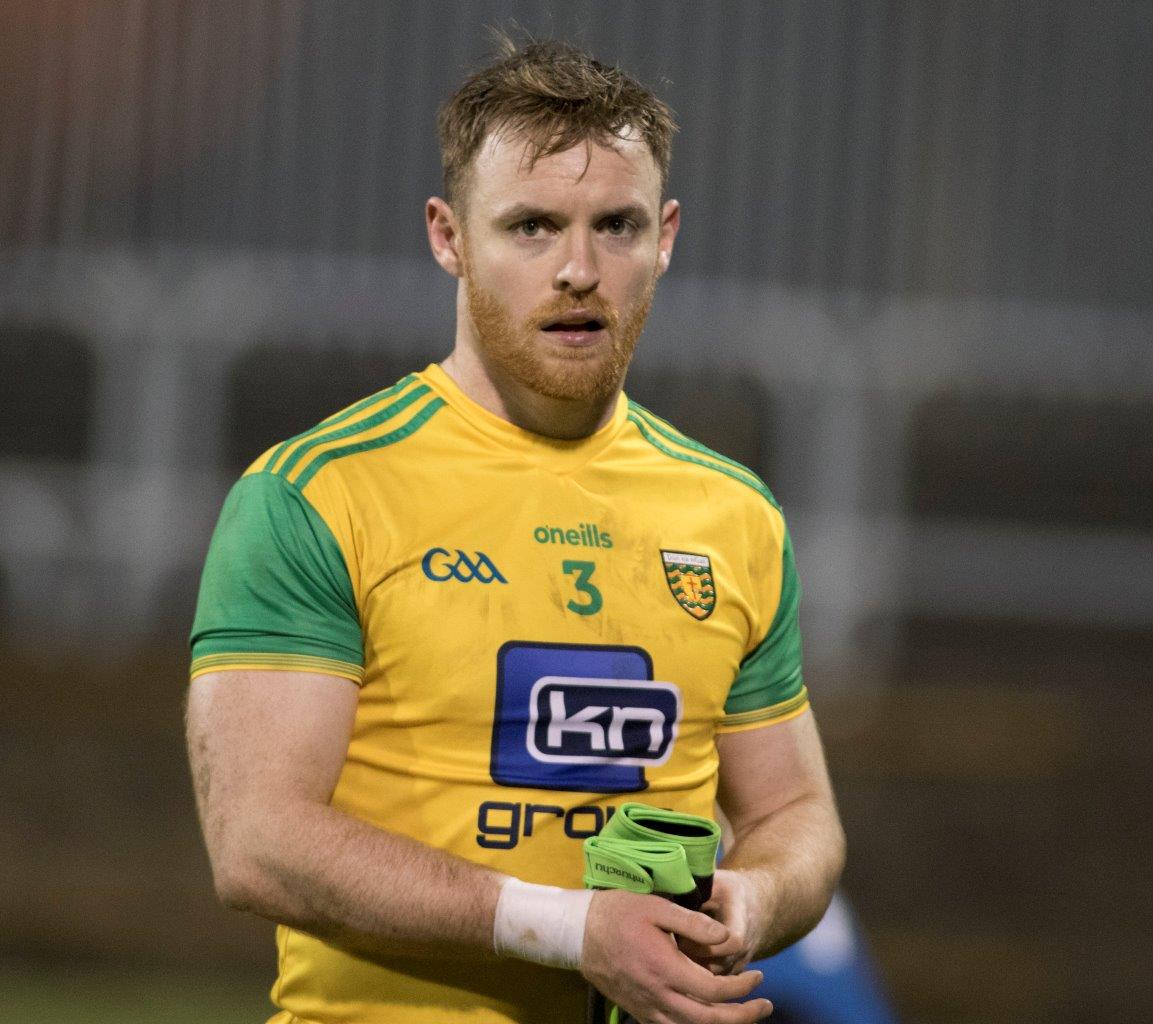 The power of positivity is keeping Eamonn Doherty ready for his next chance.

The St Eunan’s defender played the full game in five of Donegal’s Allianz League games, but has featured for just 18 minutes of Championship football this summer.

Doherty has been around long enough now to know that things can change in the blink of en eye.

“I’ve seen it happen so easily,” says Doherty, clicking his fingers for effect.

“I’ve seen it happen in warm-ups before – and, just like that, someone is put in.

“I know it can happen that quick. Someone could get sick this week and they are not going to be right, and that’s why you need a squad.

“You need to be positive. I’m enjoying my football and the training has been brilliant, and if I get a chance, I’ll do my best.

“You just have to be positive. You can always have your doubt and it might be in the back of your head that you wonder are you good enough – but that’s negative thoughts.”

Donegal’s training games are said to be played at a ferocious intensity these days and Doherty has had no short of big game players for competition. He’s been up against the likes Michael Murphy, Patrick McBrearty, Stephen McBrearty and Cian Mulligan.

The Letterkenny man says: “The A v B games are the most competitive games that I can remember since I got involved with the team a few years back. It has kicked us on a bit.

“The training has definitely gone up, and boys have a taste for it now, and you can see that in training.

“You want to be playing all the time, but I’ve got my place in the squad, and if I’m called upon, I’ll be there.

“You have to remember when you are training for a big game like this, it’s not just the first 15. It’s going to be the 21 players, and you’re trying to prepare those fellas.

“If I’m marking Michael Murphy in training, I want to make it as difficult for him as possible so that he’s prepared going into a game.

“The competitiveness is good, and you need that for a squad, and I think we have that a lot more this year than other years.”

Doherty’s first start of 2018 saw him fired in for the League meeting with Dublin at Croke Park. It was a night that saw Dublin, eventually, pull away to win with five points to spare, but Donegal will have drawn a lot from that night under the Jones’ Road’s spotlights as they get ready to meet Jim Gavin’s team in this Saturday’s quarter-final group stage game.

Doherty says: “We were close and it was a game we felt we let get away from us in the last few minutes. We were disappointed about that. We went down with a positive attitude looking for a win, and it’s going to be the same this weekend.

“We are treating every game like a knockout and we have to go down and put in a performance.

Back in the spring, Doherty had the task of marking Ciaran Kilkenny, whom he kept to two points.

“There was no going asleep or taking a rest at all,” Doherty says.

“That was the first time that I had come across him on a pitch, and it was good for me to see the level that these fellas are at.

“I enjoyed it. He’s a very talented footballer and a smart footballer, and I was concentrating for the seventy minutes.”

Doherty can play in any of the defensive positions, but there is something about the one-to-one marking job that he relishes. The rawness of it all is something that gets the juices flowing.

“It’s a challenge and it’s something I’ve got a taste for in the last few years,” he says.

“That battle that you have, I do enjoy that. It’s tough and whenever you are at a high level at any sport, you want to be challenged and that’s what we are going to get this weekend.

“Whoever gets that chance; every man is looking forward to it and nobody is going to be shying away from any challenge. The fact that’s it’s the All-Ireland champions in their back yard is more of an incentive.”