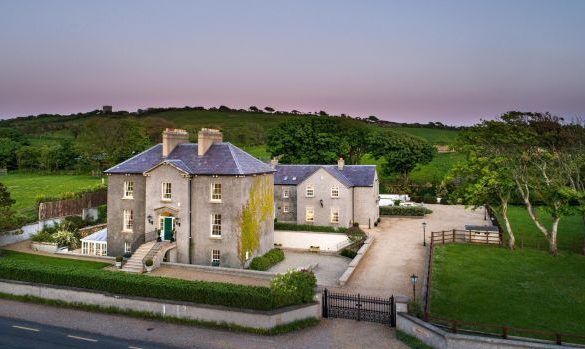 Stunning Donegal property with stables on market for €2M

This stunning Donegal mansion could be yours if you have a spare €2m.

Set above the sandy beach at Rossnowlagh, Coolmore Manor House, formerly known as Coolmore House, is a stunning property.

The house – which measures 330sq m/3,551sq ft, plus coach house, which measures, 267sq m/2,878sq ft, has a walled garden, with an eight-man Corso sauna with a glass wall overlooking it, a Canadian pine hot tub, stables, barn and 11 acres – is on the market through agents Sothebys.

Local lore claims American-Irish author Margaret Mitchell, of Gone With the Wind fame, stayed here in the 1920s while tracing her Irish roots.

And there is even a suggestion that part of the best-selling book was written here.

At the time the Georgian house was owned by another Mitchell family, a musical clan whose household head, Joseph Mitchell, had conducted the orchestra at the Theatre Royale. They used it as a holiday home, according to the Irish Times.

Several of his children were also musicians most notably his daughter Josephine Alexandra “Zandra” Mitchell, who became Ireland’s first female saxophonist and a headline act after her brother took her on tour to London, almost as a novelty, where she was spotted by an agent who offered her a place in an all-girls band touring Switzerland and Germany. 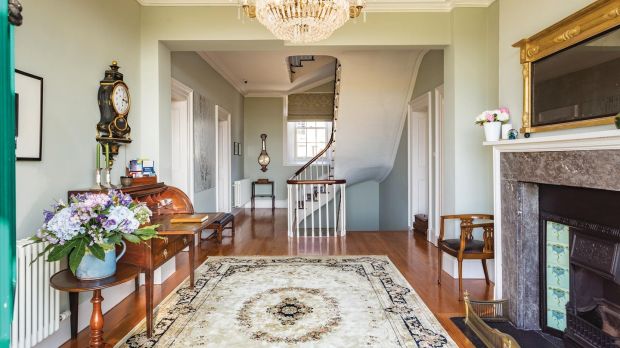 She arrived in Berlin at the height of the Weimar Republic’s cabaret period and stayed on to witness Hitler’s rise to power, his public speeches and Kristallnacht, says local Michael Gallagher, also a musician, who had played with her brother and bonded with her over their kindred love of Labradors and music.

When she returned to Ireland she lived out her days in the Donegal house as a recluse, inhabiting the garden level and sleeping in the bathroom, Gallagher recalls. The drawing room was her music room was where she kept a Schneider baby grand piano.

By the time the next owners, Barry Sharkey and Susanna Friel, bought it in the mid-noughties it was a bleak house with no mains water but its period fireplaces, ornate plasterwork and sash windows and shutters were all intact.

They did a massive renovation job on it, digging down the garden level to wash the then partial basement, in light. They dry-lined it and installed a commercial-scale wood-pellet burner, as well as solar panels on the roof.

They had come to Ireland seeking an investment for their daughter, whose first experiences of riding horses had been on the nearby beaches of Streedagh and Mullaghmore and it had lured her back to Ireland as an adult to breed show jumpers. The property – with its 11 acres of land and separate manor house and coach house, the latter divided into two contemporary self-contained units by the current owners – presented them with an investment opportunity and a chance to spend time together as a family.

In the main house they added a Hamptons timber conservatory to the flagstone-floored garden level so that the country kitchen now leads through to a dining room.

At hall level the yellow drawing room is a glorious space. There is also a bedroom at this level. In total there are three doubles in the main house, two of which are on the first floor. All have been upgraded by the current owners, with period-style ensuites added.

The study, painted a cobalt violet, to the front, boasts the best views. From here you can see across Donegal Bay to the sea cliffs at Slieve League and the Bluestack Mountains to the north. And on a clear day all the way south to Killala in Co Mayo.

The current owners also built an eight-stall American style barn with outdoor and indoor areas for horses and paddocks. But their daughter recently relocated her showjumping business to Holland and the property is too big for them as a holiday home.