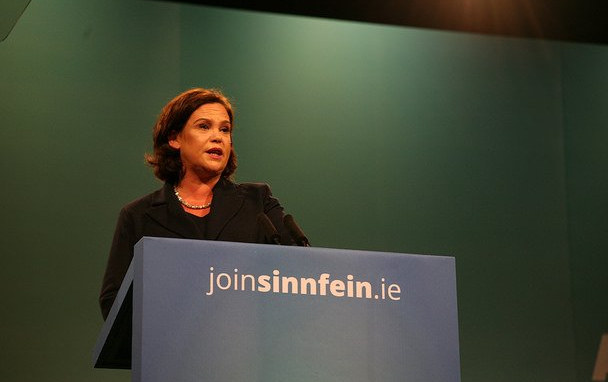 Sinn Fein has said it will put a candidate into the Presidential race.

This means that a Presidential election is now a certainty after Michael D Higgins said he would like to stand for another term.

The decision was made following a meeting of Sinn Fein’s Ard Comhairle today.

A candidate will be selected at a later date with the name of Gerry Adamas already being rumoured as a possible candidate.

A candidate will be nominated in the coming months.

Party leader Mary Lou McDonald said there has already been considerable interest from a number of potential candidates.

She said it was important the party ran a candidate and that an election was run so young voters could have a say in who the president should be.

She noted nobody under the age of 25 has had an opportunity to vote in a presidential election, adding they should not have to wait until they are 32-years-old.