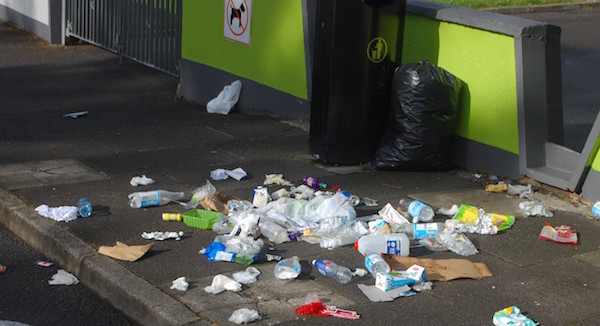 Louts who dumped rubbish outside school to be traced

Litter louts who dumped rubbish outside a Letterkenny school are being traced.

Crows picking at the bags left a huge mess with litter scattered everywhere.

The school recently underwent a major overhaul and prides itself on its immaculate appearance.

But that wasn’t the case today as the road outside the school was strewn with waste.

However, one irate passer-by decided he would do something about it and this may lead to catching those who dumped the bags.

Inside the rubbish are vital clues as to who may have decided to use the school as a dumping ground.

This information has been passe don to the relevant authorities and those responsible can expect a phonecall or knock on their door soon.

Louts who dumped rubbish outside school to be traced was last modified: July 16th, 2018 by Stephen Maguire
Tags:
letterkennyrubbishSCHOOLscoil cholmcille