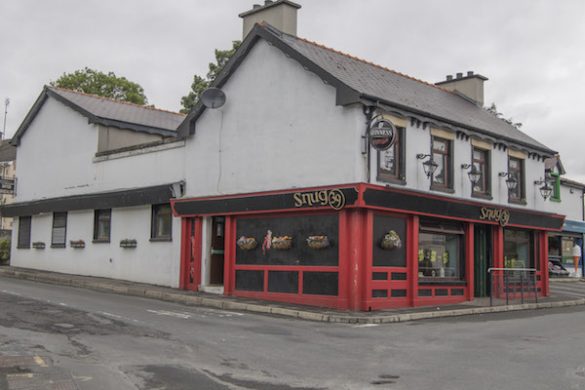 A shop-manager who had a disagreement with the owner later went and torched the adjoining pub.

Shane McGinley of Crievesmith, Letterkenny, set fire to the Snug 39 pub after getting into the premises through a side window on January 2nd last year.

Gardai had received a report concerning the premises at Oldtown, Letterkenny, and CCTV footage identified the defendant as the culprit.

Garda Michelle Kelly told Letterkenny Circuit Court she had gone to investigate and found the premises filled with smoke “and a lot of damage done”.

A cash register had been removed along with optics and bottles.

McGinley, aged 35, formerly of Killylastin Heights, was plainly seen on the CCTV footage.

Local businessman, John Larkin, knew the defendant who had managed the shop attached to the pub.

There had been a disagreement between them and the relationship did not come to an amicable end, Garda witness told the court.

The Garda added “He had drink taken and thought he would do some damage to the property.”

McGinley admitted the arson attack after being arrested and taken to Letterkenny Garda station.

He had two previous convictions relating to minor road traffic offenses.
Following the incident at the pub, he had sought a place in the White Oaks rehabilitation centre.

The court was told that the injured party had chosen not to make a victim impact statement.

Barrister for the accused, Ivan Toner said when Gardai called to his client’s home, he had led them to the property immediately. “When Gardai arrived at the door, he showed them where the items were before being asked.”

On the night of the fire, McGinley admitted he had taken drink and sleeping tablets. He had not come to the attention of Gardai since.

Barrister Ivan Toner said his client had a troubled life and in 2002 had suffered “very serious injuries” after being knocked over by a drunk driver.

It had triggered a “depressive state” and on four subsequent occasions, he had attempted to take his own life.

Describing the incident as a “moment of madness”, the barrister pointed to a very favourable probation and welfare report and suggested a number of conditions be attached to whatever sentence was imposed.

“He knows it was completely wrong and irrational and should not have happened”, said Mr Toner who told the court it had been an “isolated incident”.

Referring to the defendant’s depression and a history of mental illness, Judge Aylmer offered to give him the fullest possible credit for the mitigating features involved and described it as an unusual case.

He sentenced the defendant to three and a half years imprisonment, suspended for a period of two years on condition that he enter into a bond of 100 euro to keep the peace and be of good behaviour and remain under the supervision of the Probation Services.

He also ordered McGinley to stay away from alcohol and unprescribed intoxicants and to attend all appointments with the probation board and to engage in one to one programmes with the services.