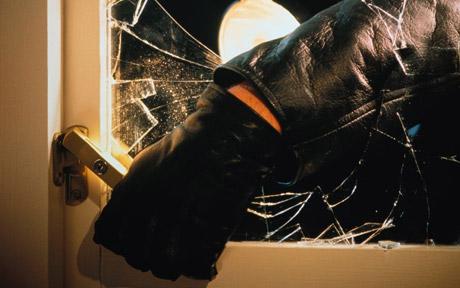 Public meeting in Killea after spate of robberies, suspicious activity in border areas

A public meeting takes place in Killea this evening after a spate of robberies and reports of suspicious activity along the border area of east Donegal.

The meeting has been arranged after two separate robberies this week.

On Tuesday night/Wednesday morning, thieves broke into a pharmacy in Newtowncunningham. The culprits caused significant damage to the shutter, window and door frame before making off with two tills from the premises.

At around 1.45am on Thursday morning, thieves gained access to a car breaker’s yard in St Johnston after breaking a lock on the gates.

A silver Volvo, which has been the subject of several community alerts around the St Johnston, Carrigans, Killea and Newtowncunningham areas, was spotted on CCTV footage at the St Johnston breaker’s yard.

Business people and locals have become frustrated and concerned.

“It has been highlighted in this area many times that there are vehicles out scouting,” local Councillor Paul Canning, who will be at this evening’s meeting, said.

“It is the time of year when people have their guard down – people are on holidays, regular staff are off work, and businesses are more vulnerable.

“There is a need to be more vigilant and to try and prevent this occurring again.”

The meeting takes place in the community hall in Killea at 8pm.