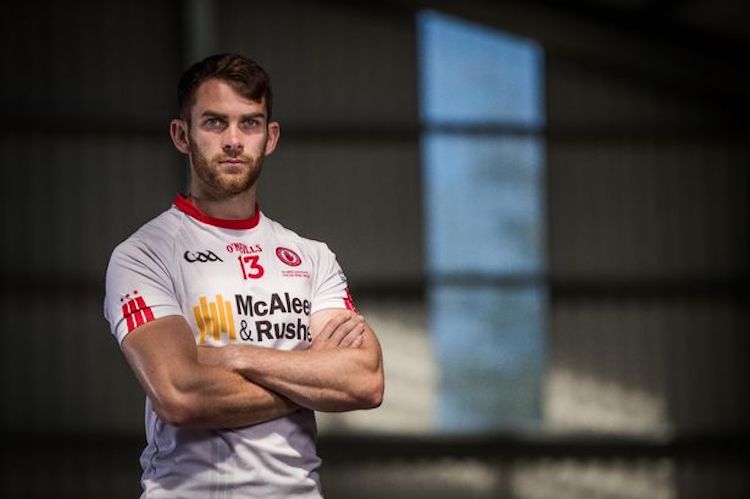 “Mammy was lighting candles left, right and centre in every chapel – and her a Donegal woman!”

Ronan McNamee admits he was very close to missing out on yesterday’s Super 8 showdown with Donegal.

Nothing could prevent the Aghyaran man from lining out against Donegal, though.

As a boy, at St Eugene’s National School in Castlederg, McNamee – who grew up yards from the border – wore a Donegal shirt, but he’s now one of Tyrone’s new breed of heroes.

The full-back even got up to kick a late point in Ballybofey to help sink Donegal as Tyrone floored their hosts with a late salvo.

“I didn’t train this week – I’ve just been resting it this last couple of weeks,” said McNamee, who picked up the calf injury in their defeat to Dublin a fortnight ago.

“I got a bang on the shin and it sort of gave my calf whip so I couldn’t really walk properly for about eight days. I was off work for about four, so it wasn’t great to be brutally honest.

“This here seemed miles away but I have a game ready machine at the house, I must have spent about 100 pounds on ice this week. It’s still not one hundred per cent, definitely not, but it got me through today.

“I was out with Michael (Harte) and the physios on Tuesday and I could run. When I stopped running it was brutal, it was like stickng a knife in it.

“We had training on Saturday morning and I couldn’t walk, but I went from limping to running on it inside three days. I was hopeful on Tuesday night and I was doing everything I could between elevating it and icing it. Anything I could.”

McNamee said: “Mammy was lighting candles left, right and centre in every chapel she went past – and her a Donegal woman!”

McNamee had the calf heavily protected, but appeared to ship another knock during yesterday’s game.

With an All-Ireland semi-final against Monaghan on Sunday, McNamee said: “It’s grand now but we’ll see what way it reacts in the next few hours because adrenalin sees you through the game. Fingers crossed I’ll get good recovery in.”

“Mammy was lighting candles left, right and centre in every chapel – and her a Donegal woman!” was last modified: August 6th, 2018 by Chris McNulty