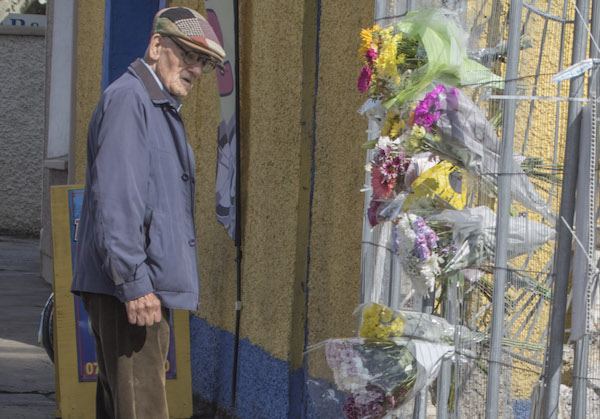 The Road Safety Officer for Co Donegal has revealed the overloading of cars has become one of their major concerns in the fight against road carnage.

And one of the most worrying developments is people cramming into cars late at night to get home.

His concern comes following Sunday’s earning morning crash in the seaside village of Bundoran which has claimed the lives of two people and left two others seriously injured.

There were a total of six adults in the car.

Four people, none of whom were wearing seatbelts, were thrown from the rear of the small Peugeot 306 car which struck a wall and then a lamp post at West End in Bundoran at 3.25am on Sunday morning.

Two people including Shiva Devine and Conall McAleer died instantly while two others are fighting for their lives. 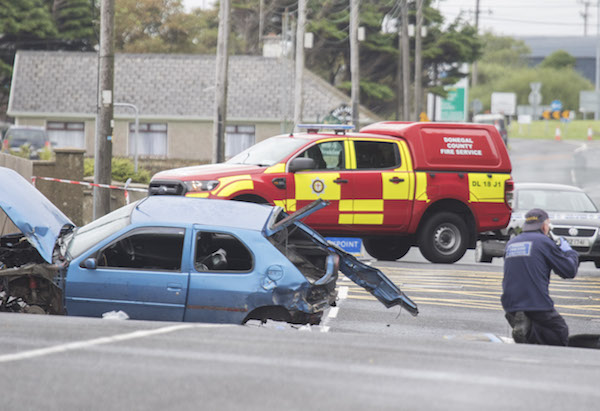 Mr O’Donnell said the overloading of cars late at night was a worrying development in the fight against road carnage.

“Our research has shown that this is a worrying development because young people don’t care how they get home as long as they get home.

“And unfortunately our experience from that is some of them never make it home.

“They are cramming into cars just to get home and when there is an accident, we have an unfortunate outcome like this.

“Instead of picking up the phone to a friend or even to their parents to ask for a lift, they are piling into any type of car because they are desperate to get home,” he said.

In the worst single traffic accident in history in Ireland, a total of eight people were killed between Clonmany and Buncrana on the Inishowen Peninsula in 2010.

Seven friends were killed in one car and a pensioner coming in the other direction was also died.

So far this year a total of 8 people have lost their lives on Donegal’s roads, compared to six for all of last year.

They include a motorcyclist, a cyclist, two pedestrians, a tractor driver and three passengers.

A man arrested in connection with the tragedy was questioned at Ballyshannon Garda station on Sunday but released without charge.

A file on the investigation is to be sent to the Director of Public Prosecutions.

Meanwhile, post-mortems into the deaths of the two people killed in Sunday’s crash have been carried out at Sligo University Hospital.

A third person, named as Rachel Elliott, has been transferred from Sligo hospital to Beaumont Hospital in Dublin for additional treatment.

The funeral of the first victim, Shiva Devine, who was aged 20, and living in Belleek, Co Fermanagh will take place later tomorrow at St Brigid’s Church in her native Ballintra in Co Donegal at 11am.

The funeral of Conall McAleer is due to take place on Wednesday.