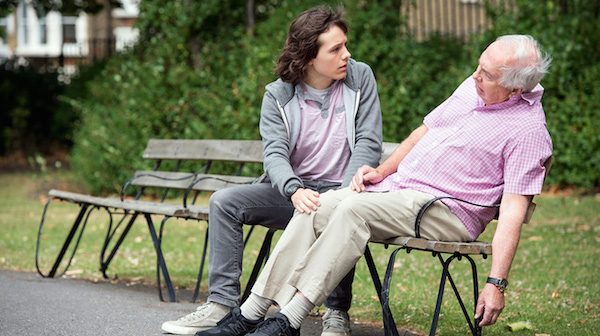 Medical Matters – Recognising someone is having a stroke

In the first of two linked articles dealing with stroke, Dr Ciarán Roarty discusses what a stroke is and how to recognise it.

In his next article, he will discuss how it is managed and what are the range of outcomes.

What is a stroke?

A stroke is sometimes called a Brain Attack by doctors because it causes damage to the brain. A stroke occurs when blood supply to a part of the brain is reduced suddenly, either due to:

(i) a clot in one of the arteries of the brain.

(ii) a bleed in one of the arteries – usually caused by a damaged or weakened artery bursting.

(iii) unknown causes in a small number of cases.

A sudden reduction in blood supply to the brain causes brain cells to die.

There are four large arteries which supply blood to the brain and these branch into smaller arteries. The bigger the artery involved, the more likely it is that the resulting damage will be bigger.

A stroke in which a clot is involved is more common than a bleeding stroke and if discovered early, can be treated with a special injection that is given to help dissolve the clot.

The clot may form in the affected artery over a patch of fat like material stuck on the inside of the artery or it may travel from a different part of the body to the brain and lodge there.

A stroke in which a bleed is the cause usually happens when a damaged or weakened artery bursts and blood spills into the brain tissue close by, or into the narrow space between the brain and the skull.

Who is likely to get a stroke?

Most cases occur in over 65-year-olds and it is thought that one in a hundred over 75-year-olds will have a stroke in any given year. However, it can occur at any age.

This is important, as recognising and getting help for a stroke early could mean the difference between life and death, or a major disability and a lesser disability.

Symptoms are related to the part of the brain affected, and the severity often to how much of the brain is affected. Symptoms develop suddenly and include at least one of the following usually:

(i) Weakness on one side of the body ranging from clumsiness to complete paralysis. An arm, leg or both may be affected

(ii) Weakness on one side of the face. The face may not appear symmetrical and sometimes people say that the person’s expression seems different. Saliva may drip or the patient may not be able to smile or properly or show their teeth.

(iii) Feeling dizzy or wobbly on your feet

(iv) Issues with speech or communication.

(v) Issues with balance and co-ordination.

(viii) Feeling numb over part of your body.

(x) Passing out in severe cases.

If the symptoms resolve within 24 hrs then it is called a Transient Ischaemic Attack (TIA) – sometimes called a mini-stroke. This is equally as important to recongnise. Early diagnosis is essential as you are at an increased risk of a full stroke and certain medications may be prescribed to help prevent this happening.

Strokes and TIAs are medical emergencies but sometimes it can be hard to remember to think of a stroke if we discover someone very unwell. The word FAST is used to help the general public recognise a stroke and the letters FAST give us a clue what to look for. The symptoms listed below are present in between 80% to 90% of patients who suffer a stroke.
F – Is there any facial weakness. Can the person smile? Does their cheek or eye appear to droop on one side
A- Is there any arm weakness? Can the person raise both arms equally>
S- Do you notice any difference is the person’s speech? Can you understand what they are saying? Do they appear to understand you?
T-Time to call the emergency services if any of these symptoms appear. You could save a life or prevent major disability. Call 999

My next article will cover how a stroke is treated, the likely outcomes and things we may do to prevent a stroke or subsequent stroke.

Medical Matters – Recognising someone is having a stroke was last modified: August 23rd, 2018 by Scally McDaid Roarty
Facebook0Tweet0LinkedIn0Print0