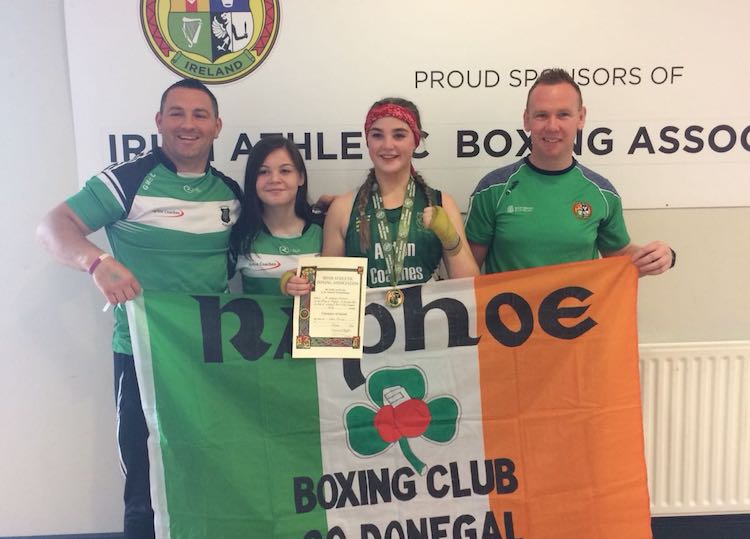 The Raphoe ABC ace – who earlier this year won the Irish Girl 6 title – stopped Sophia Hopkova in the third round of Saturday’s final.

That came after she overcame Abi Sutton of Drimnagh in Friday night’s semi-final.

Gallen now hopes to be selected for the European Junior Championships in Russia later in the year.

Gallen edged out fellow Twin Towns native Avril McNamee – who won her title at the World Handball Championships in Minnesota.