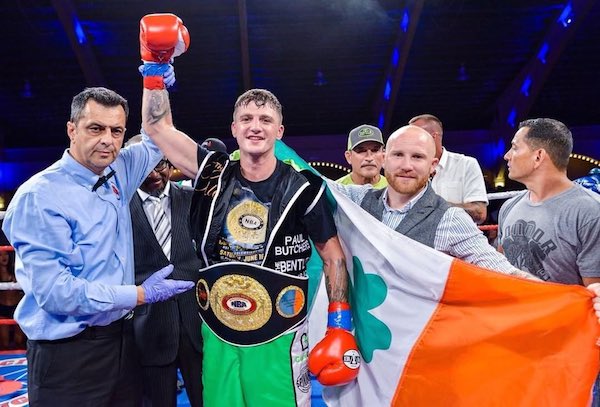 Connor ‘The Kid’ Coyle has been forced to withdraw from his ABF Continental Americas middleweight title fight on October 6.

The Derry man, who also trains out of Letterkenny, suffered a back injury while training for the upcoming bout.

Coyle, 28, suffered a setback during training camp when his back started to swell – causing the undefeated boxer some pain.

After receiving hospital treatment for a suspected inflammatory infection – leaving the fighter unable to train for at least the six weeks – the original main event of the Fire Fist Boxing Promotions’ “Night of Champions” card in St. Petersburg, Flordia, was cancelled.

Speaking to the promotion, Coyle said: “I’d like to sincerely apologise to my fans for being unable to compete. This is a bump in the road and I’ll be back more motivated to focus on another fight soon.”

Coyle, who holds an impressive undefeated record of 8-0,  dominantly defeated Danny Pastrana at the Coliseum in the United States to win the minor NBA Inter-Continental belt – his first career title – which has since been relinquished by Coyle.

Connor Coyle forced out of October 6 fight in the United States was last modified: August 24th, 2018 by Shaun Keenan

Watch: Gold for Clonmany B at World...