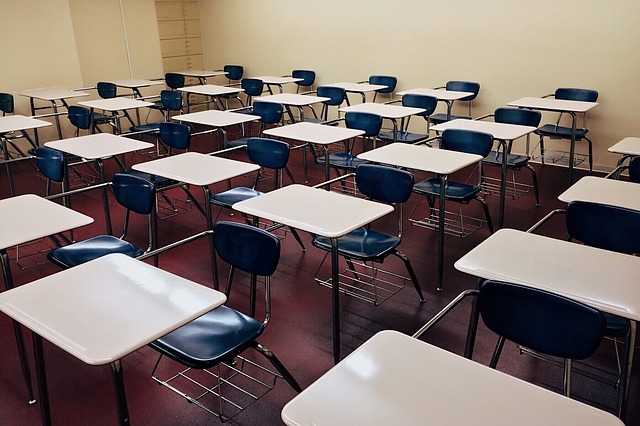 Donegal TD and Minister Joe McHugh has announced funding of almost €185,000 for several community projects under the Clár programme, including investment in five schools.

“I am delighted to be able to announce this continued investment in our schools in Donegal and the focus in this latest round of funding on play areas is a guaranteed to make difference in the everyday life of youngsters,” Mr McHugh said.

“Communities benefit hugely from the Clár funding programme and this is the second time this year we have been able to bring this kind of good news about safety measures and money for playgrounds to teachers, parents and youngsters.”

Five schools are benefitting on this occasion – Scoil Naisiunta An Choimin in Cloghan with €25,263 for a new footpath and lighting to Reelin Bridge along with new fencing; €49,500 on a new playground at Dunkineely National School; €27,315 for a new sensory playground at Scoil Roisín, Dungloe; St Riaghan’s National School, Drumnacrosh has been awarded €5,243 for a new climbing frame; and Welchtown National School, Ballybofey, secured €26,508 to upgrade the tarmac football pitch with an artificial grass surface.

Deputy McHugh added “I am also delighted to announce one another measure, further investment by this Government in the Inishowen area with €50,000 to be awarded for a new path to be built to the beach at Tullagh, Clonmany.

“This funding would not have been possible without the work of Minister for Rural and Community Development Michael Ring T.D. and his officials who deserves enormous credit for driving huge growth in the investment in communities over the last year.

Mr McHugh said: “They also coincide with a grant of €5,373 under the Leader programme, co-ordinated in Minister Ring’s office, for Donegal Local Development to identify and deploy support tools to develop hub space for innovation projects in the county.”

The Fine Gael TD added that Leader has grown exponentially under Minister Ring and that he is grateful again for the focus on Donegal and the difference that it makes.

Mr McHugh, Government Chief Whip and Minister for the Irish language, Gaeltacht and the Islands, noted that the Clár funding announcements were confirmed as preparations are being made to open the new €40million Sports Capital fund for applications from September 7.

“I have seen the transformation in a community when Sports Capital investment is secured. Only two weeks ago we were turning the sod for a new pitch thanks to a €90,000 grant for Naomh Padraig CLG in Lifford. There are many, many others.

“But the next round of Sports Capital grants has a significant difference. Thanks to reforms by this Government, schools will now also be able to apply for funding to improve their facilities by partnering with local clubs.

“And I strongly urge principals and teachers to consider their options for working with local clubs and sports organisation and to look hard at what investment they think they should secure for their school and make an application in the six weeks from Friday September 7 until October 19.”
ends

The CLÁR programme is funded by the Department of Rural and Community Development and forms part of the Government’s Action Plan for Rural Development.

Today’s funding comes on top of €7.5 million for 240 projects of this nature approved earlier this year for all parts of the country, bringing to €9.1 million the total investment in these facilities under the CLÁR programme in 2018.

The Sports Capital Programme is the Government’s primary vehicle for supporting the development of sports facilities and the purchase of non-personal sports equipment.

The guide to making an application has been published on the Department’s website sportscapitalprogramme.ie and a YouTube video is also available. Registrations will close at 5pm on Friday October 5.

The programme funds: Natural grass sports pitches, tracks and courts (including pitch drainage); floodlighting; artificial sports pitches, tracks, courts and multi-use games areas; security fencing, ball stop netting and goal posts; hurling walls/handball alleys; building or refurbishment of dressing rooms, showers and toilets; building or refurbishment of sports halls and gyms; non-personal equipment including lawn mowers and defibrillators; and any other capital projects that are clearly sporting in nature and that will increase participation in sport or improve performance.