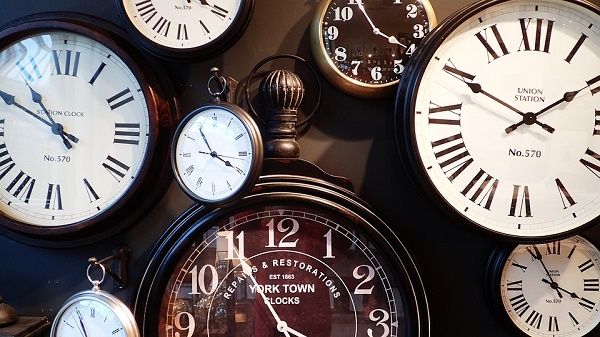 The clock’s hourly change between summer and winter time faces being scrapped after a massive EU-wide poll opted to end it.

It would mean the Republic and the rest of the EU remaining in summertime all year
round but after Brexit Britain is likely to retain the twice-yearly hour movement because Scotland would be in darkness until 10am in the depths of winter otherwise.

It means that people living along the border in towns such as Carrigans, Lifford and Pettigo could be an hour behind or ahead of their nearest neighbours.

And as part of the UK, the North would change with it and move into a different time zone than the rest of Ireland in the winter.

Donegal senator Padraig MacLochlainn said such a split would be ‘disastrous’ for the country.

‘Two different time zones in Ireland for half the year, that’s the worry. It adds a
whole new challenge. I’m up in Donegal and our hinterland is Derry, Tyrone, Fermanagh so it’d be preposterous.

‘It’s another example of how the Good Friday Agreement is being undermined by Brexit. It’s another one to add on the list.

‘It’s something that hasn’t registered with many people and it’s another issue that
throws Brexit into sharp focus, we’re all getting very nervous.

‘When Leo Varadkar announced “cast iron guarantees” on the border last November there was a collective sigh of relief.

‘But increasingly people are getting very, very worried looking at the machinations in the Tory Party.

‘This is another issue that is going to cause real practical issues for people. Cross border workers is an obvious one.

‘It’s a live issue and people are worried about it for sure,” he told the Irish Daily Mail.

The DUP, the largest party in the north which actively campaigned for Brexit, did not respond to requests for comment.

Despite the DUP campaign, the north voted overwhelmingly to remain in the EU.

After the overwhelming vote for change, European Commission President Jean-Claude

Juncker said: ‘We carried out a survey, millions responded and believe that in future, summer time should be year-round, and that’s what will happen.’

Any change would still need approval from national governments and European Parliament to become law.

Current EU law requires that citizens in all 28 EU countries move their clocks an hour forward on the last Sunday in March and switch back to winter time on the final Sunday in October.

The Commission yesterday(fri) announced that it will propose a directive to member states and the European Parliament to abolish twice-yearly clock-switching following the poll.

The time change had always traditionally been supported by farmers but their stance has changed.

Those who support daylight saving time argue that the longer hours of daylight in the summer helps to save energy and boost productivity.
Opponents argue it can be difficult to adapt to the change and that it has short-term negative impacts on people’s health.
The European Commission also found there were only minimal energy savings from the time changes.
Ireland’s clocks first started changing with the introduction British Summer Time in 1916, when the south was still under British rule. But once it was established the country retained it after independence.
It was started after a campaign by builder William Willett(cor) but he died in 1915 before it was adopted.