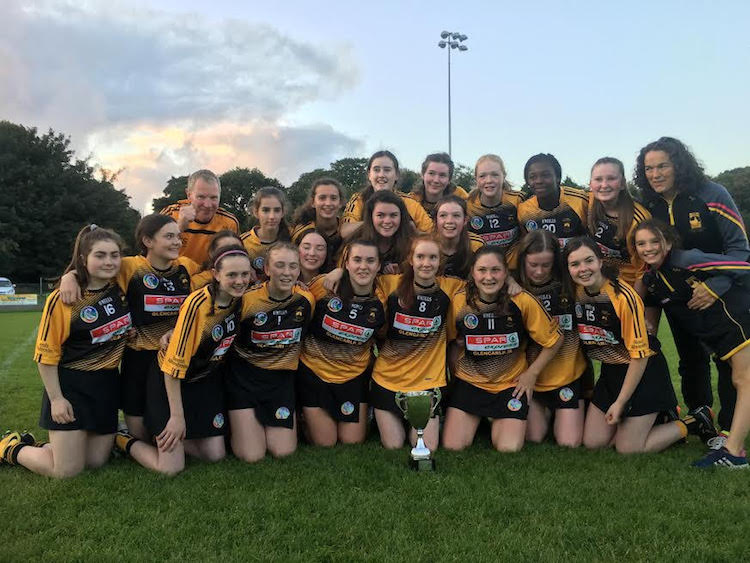 St Eunan’s U16 girls have landed their third U16 Camogie Championship in a row after a comeback win over rivals Burt in Buncrana yesterday evening.

And Maria Kealy, who scored 1-02 in the football win, went even better in the camogie hitting 4-01 during a blistering 10 minute spell in the second half.

Burt had taken the lead at the very start of the game, Kate Tourish firing brilliantly to the net.

Aoibheann Randles fired over the only other score of a tense half – a point – midway through the first period in which defences dominated.

Burt began the second half just as the first, this time Sophia Deehan found the back of the Eunan’s net.

However the Letterkenny girls responded impressively with Player of the Match Sinead MacIntyre repelling a number of Burt attacks while Eunan’s captain Niamh Harkin and Laoise Ryan took control of midfield. 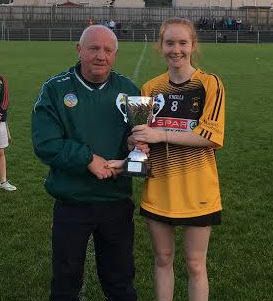 Kealy fired in two quick goals after neat play, before hitting a point and then a third goal.

The impressive Alisha Tobin finally got the point her hard work deserved, splitting the upright after another Burt attack had been stopped by MacIntyre.

Kealy then added a fourth goal before Tobin got in on the act to also find the net.

Laoise Ryan, who worked tirelessly all evening, also contributed a point to the final Eunan’s 6-04 tally.

A late Burt goal was some consolation for the Inishowen girls’ contribution to a  fantastic showpiece final.

The game ended a remarkable week for some of the Eunan’s girls.

Ryan and Harkin can boast U16A county medals in both codes as well as Ulster U16A medals for their county this year. MacIntyre also has both code’s U16 medals and an U15 Ulster medal.

And Randles, Kealy and Tobin were soccer county champions on Sunday as Illistrin overcame Mulroy Academy 5-1 in the Dessie Kelly Cup final. 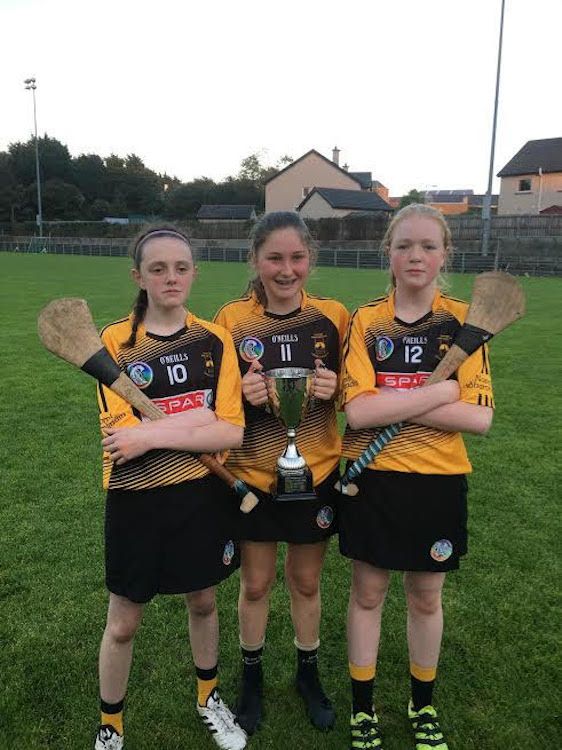