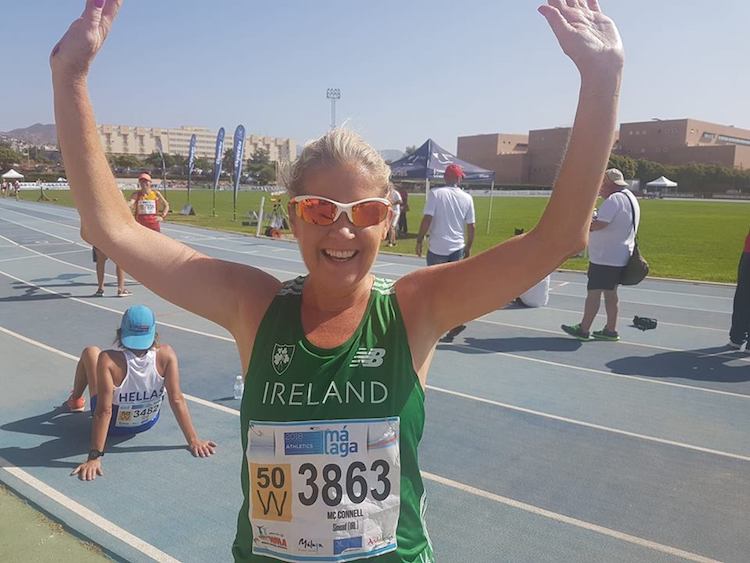 The Castlefin woman, who isn’t long back in the sport after almost 30 years out, finished third in the 5k walk.

In searing 30 degree heat, McConnell finished in 27 minutes and 1.46 seconds,

Hungarian Katalin Bodorkos-Horvath was second in 26:58.30.

McConnell’s time broke the Donegal record of 27:48.01 set by Ann McGill from Doochary in Brisbane 17 years ago.