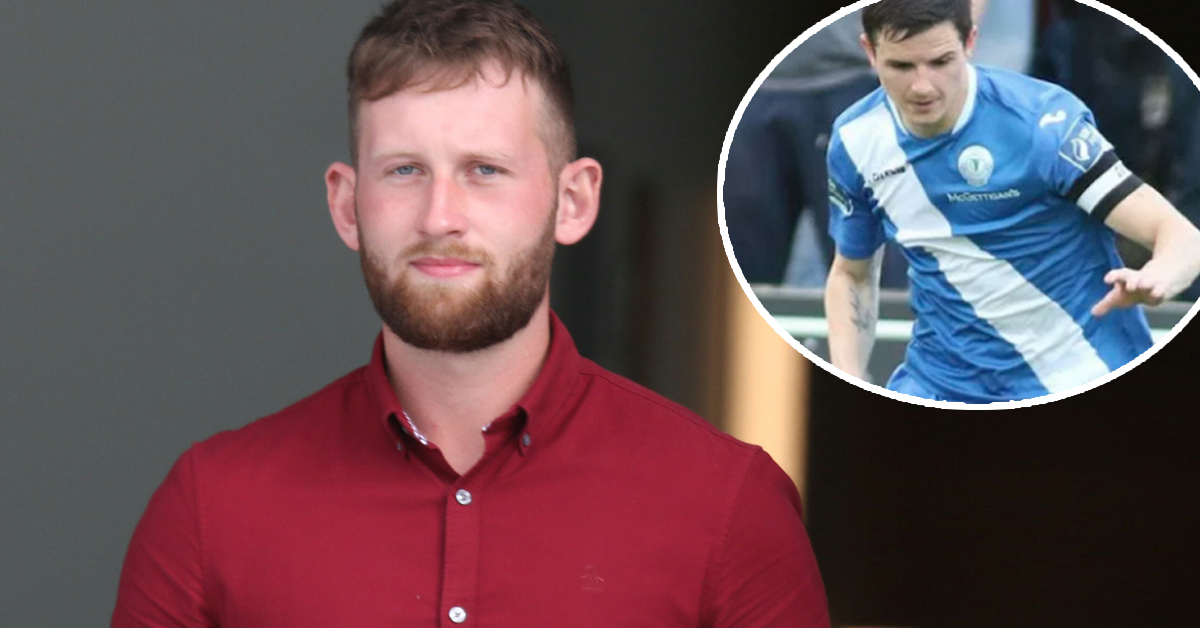 Well-known Finn Harps soccer player Ciaran Coll was viciously attacked in a nightclub after trying to help his friend.

Mr Coll was punched and kicked several times as he attempted to help his friend on a night out at a Letterkenny club.

Coll, 27, was forced to receive hospital treatment after being set upon by William Peoples at the Pulse Nightclub in Letterkenny.

Peoples and his co-accused Gavin Sweeney, both from Drumkeen, appeared at Letterkenny District Court charged with assault.

CCTV footage of the incident showed Coll, from St Johnston, slipping on a floor before several punches are landed on top of him.

When he managed to get up, he was again set upon by Peoples who struck him a number of times before the soccer star managed to break free and leave the club.

His attacker told the court that he was acting out of self-defence.

Peoples, of Drumkeen, was charged with assaulting both the former Finn Harps captain and his pal Raymond Peoples.

Raymond Peoples has claimed that he was on the dancefloor when he was headbutted by William Peoples.

Coll said he helped his friend to the bathroom to get him cleaned up.

A while later the men met in another part of the club and Raymond Peoples lunged at William Peoples and a brawl broke out.

CCTV footage showed William Peoples punching Ciaran Coll a number of times after he slipped on the floor before continuing to grab him by the shirt and strike him again.

In cross-examination, the accused said he was merely defending himself which led Garda Inspector Michael Harrison to ask him if he had been watching the same CCTV footage as he had?

Separate CCTV footage outside the premises showed William Peoples being removed from the nightclub and then waiting for Raymond Peoples to be ejected.

The footage then shows William Peoples punching Raymond Peoples who falls to the ground before being kicked a number of times.

His co-accused, Gavin Sweeney, who entered a plea to the assault charges, is seen delivering a punch to the head of Mr Peoples when he is lying on the ground.

Raymond Peoples told how he had to receive hospital treatment and was still seeing an eye specialist.

In cross-examination Mr Coll was asked by William Peoples solicitor, Mr Michael Shiel how long he was off from playing football for Finn Harps and was told eight weeks.

Mr Coll said he was not sure of the dates but was sure that he had been told to stop playing football for eight weeks because of ligament damage he sustained in the attack.

William Peoples denied that he had ever headbutted Raymond Peoples and said he was merely defending himself when he was lunged at.

Solicitor Michael Shiel also said that his client never headbutted anyone and there was no evidence of this as Mr Coll had said the attacker wore a white t-shirt when his client was clearly wearing a grey t-shirt.

However, Judge Paul Kelly said he had no doubt that the CCTV footage was clear and that it showed the accused committing a violent assault on both Mr Coll and Mr Peoples.

He added that he was finding Peoples guilty of the assaults.

Solicitor Michael Shiel pleaded with Judge Kelly not to record a conviction against his client as he had applied to do a nursing course in University College Galway and this would now go against him.

But Judge Kelly refused the application and adjourned the case until November 5th for sentencing for both William Peoples and Gavin Sweeney.

He ordered a Probation and Community Service report to be carried out on both men and suggested they come up with an offer of compensation to both injured men.

When asked by solicitor Shiel as to some indication of the type of cash he was thinking of, Judge Kelly replied that it was well into “four figures.”