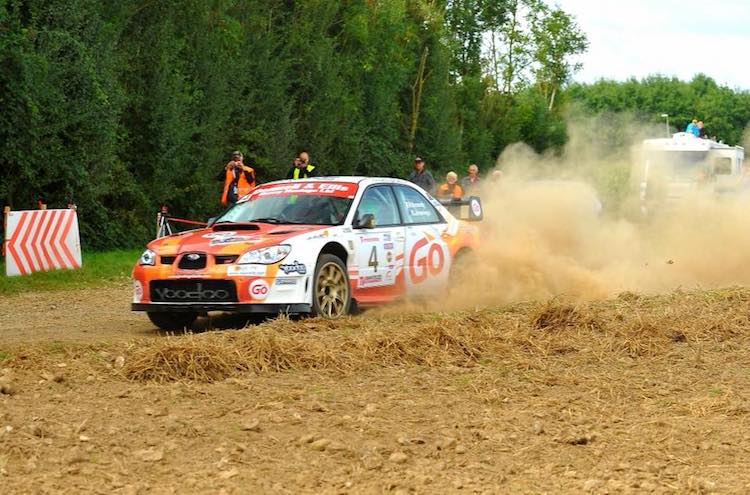 Garry Jennings and Rory Kennedy have a 24-second overnight lead at the 41st Rallye du Béthunois in France.

Fermanagh’s Jennings and Letterkenny co-driver Kennedy have 24-seconds to spare on Marc Amourette after the opening day of action in the event, run around Bethune in the Pas-de-Calais in France.

Jennings and Kennedy were third, behind Stephane Lefebvre and Coralle De Carli in the Citroen Xsara and the WRC Fiesta of Peter Taylor and Andrew Roughead after the opening stage. The north-west duo were 16.4 seconds down on Lefebvre and De Carli after the first stage, The Upper Lawe Valley.

A superb run around SS2, Les Communes Vertes, saw them move into second place and just 1.0 seconds away from Taylor and Roughead, with Lefebvre and De Carli now gone.

They took command on SS3 and by the close of the fourth stage of the day they were over 14 seconds in front of the Pugeot 208 of Amourette.

That lead has been extended ahead of day two tomorrow.