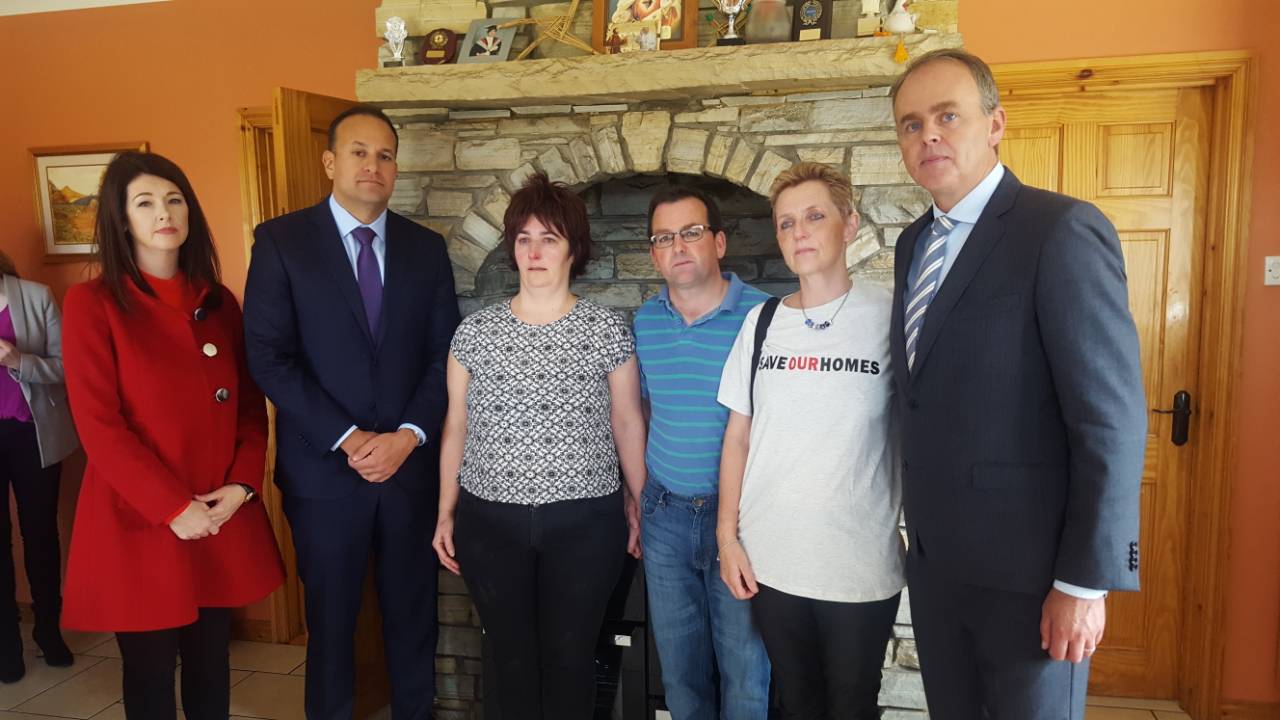 Taoiseach Leo Varadkar has made some significant comments regarding redress after seeing a crumbling Mica-affected home in Inishowen today.

Members of the Mica Action Group (MAG) have hailed parts of today’s emotional meeting with the Taoiseach and Minister Joe McHugh as a ‘breakthrough’ in their campaign for a redress scheme.

Ann Owens, Chair and Eileen Doherty, PRO of the Mica Action Group met the Taoiseach and Minister at a MAG member’s family home in Inishowen, which is crumbling so badly that the curtain poles are falling out of the walls. 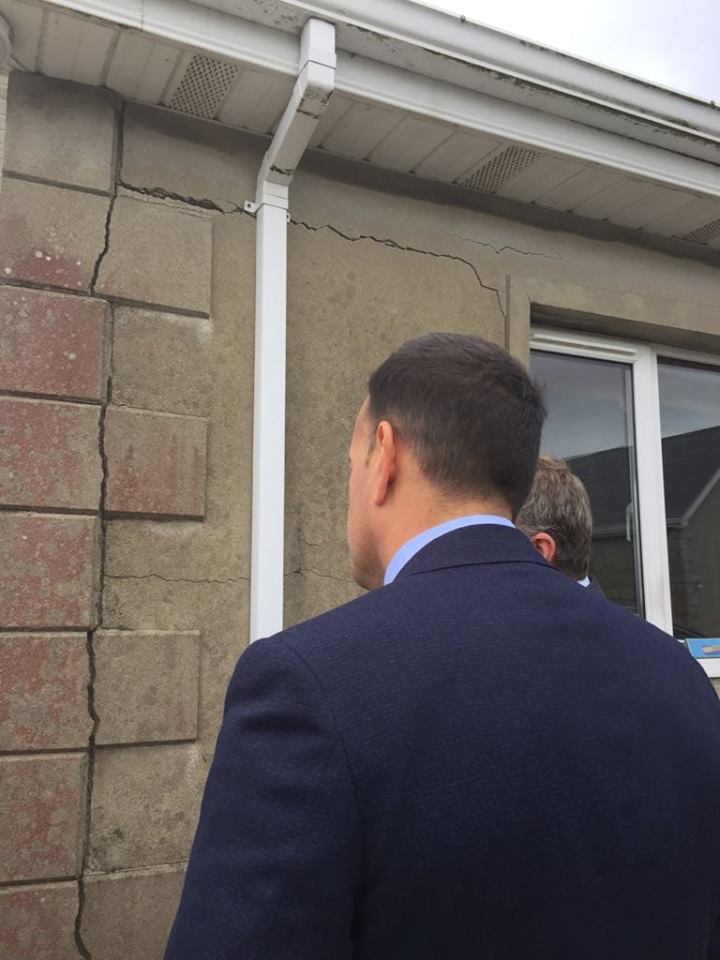 Taoiseach Leo Varadkar and Minister Joe McHugh see the effects of Mica on an Inishowen home.

Ms Owens told Donegal Daily: The Taoiseach made an important comment when he told us: “The people in Donegal cannot be treated any different to the people Leinster who benefitted from the Pyrite Redress Scheme.”

“That was a big breakthrough,” Ms Owen said, adding that the Taoiseach just fell short of announcing a redress scheme for Donegal homeowners.

The meeting which was scheduled to last 15 minutes ran for almost an hour as the MAG representatives put forward their campaign and questioned the politicians on the next steps of the process.

Mr. Varadkar told the members that Junior Housing Minister Damien English had worked hard to provide a framework for a scheme and that the final legalities were now being put in place.

The scheme is expected to be brought before the Cabinet within months.

Ms Owens said: “We thought it was a very positive meeting and we believe that this will be followed by an announcement in the coming weeks or month. The sentiment among members is that a full redress is coming.”

The members said they also received assurance that the manufacturers of the defective building blocks would not benefit from any redress scheme.

There were many emotional moments during the visit, Ms Owen said.

“At the end, we presented the Taoiseach with a book of testimonials from affected householders with accompanying photos. That was very moving. We broke down in tears on a number of occasions during the meeting.”

“When the Mica Action group started seven years ago we said we would bring our campaign from the bottom to the top, and we have done that today.

“We will continue to lobby until a firm commitment to full redress has been made and until every last house in Donegal has been repaired/replaced.”

Commenting after the meeting, Donegal Minister Joe McHugh said: “I want to pay special thanks to the family who opened their doors to An Taoiseach and shared their anguish and also to Ann Owens and Eileen Doherty of the Mica Action Group for working with me on this and for their support in organising the visit. This Government is listening.”