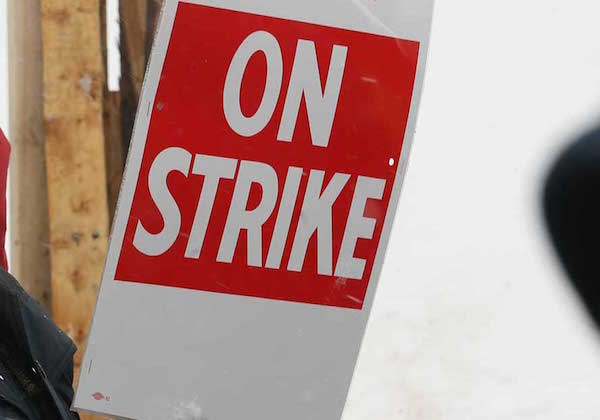 RAP prepared to have talks with workers after proposed strike action

A company in West Donegal which is threatened with strike action by its workers has said they hope the issue can be resolved through dialogue.

RA Pacaisti Teo was notified last week that some of the company’s employees are to engage in a 16-hour work stoppage on 24 September 2018 following a ballot that was held on 17 August 2018.

SITPU informed RA Pacaisti that this ballot was being held to consider strike action due to the company not officially recognising SIPTU following a non-binding recommendation from the Labour Court on 24 May 2018.

The management of RA Pacaisti say they were disappointed to learn about the proposed industrial action.

A spokesman for RA said the welfare of its employees is of the utmost importance and it has always been committed to working with its employees to ensure they feel valued and represented.

The statement said “It should be noted that RA Pacaisti has no objection with employees joining a union, that we have sat down with Employees and SIPTU on a number of occasions in the past and to suggest otherwise would be incorrect.”

RA Pacaisti Teo said they have yet to receive full details of the ballot form SIPTU.

Management has been informed by employees who are members of SIPTU that these details have also not been shared with union members.

RA Pacaisti Teo say they have in place an Employee Forum in which a range of employees participate, some of which are also SIPTU members.

“During these forums staff are encouraged to raise any issues or concerns they may have. To date, no complaints or issues have been brought to the attention of the company concerning any issues inferred by SIPTU in recent media reports.

“The company is also heartened by the number of its employees who have made it known to the company that they do not support the strike action or the wider actions of SIPTU,” said a RAP spokesman.

A statement added that this Employee Forum is aiding RA Pacaisti Teo to develop and further transform its workplace from a very good working environment to be a great place to work, which is the ultimate goal of the company.

In front of the Labour Court, SIPTU outlined that RA Pacaisti Teo are an excellent employer providing valuable employment in the area and that they had no issues with the company other than union recognition. It is worth noting that over the past 20 years the company has not had to attend the Labour Court for any other matter.

Speaking today RA Pacaisti Teo’s Operations Director John McDermott said, “We have been in operation in Gweedore since 1998 growing from 4 employees to over 225. We have recently added a second manufacturing facility on the same industrial estate in Gweedore and we have further plans for expansion.

“We attribute much of our success to our hardworking, loyal, dedicated and talented staff. As a large employer in Gweedore, we are proud of what we have all achieved to date. We value our staff highly and are committed to operating at all times in the best interests of our employees and our customers.”

RA Pacaisti Teo is currently in the process of writing to SIPTU for further clarification on the details of the ballot mentioned above.

“It is the company’s hope and belief that this matter can be resolved through open and transparent dialogue with its employees,” added a spokesman.

RAP prepared to have talks with workers after proposed strike action was last modified: September 14th, 2018 by Stephen Maguire
Facebook0Tweet0LinkedIn0Print0