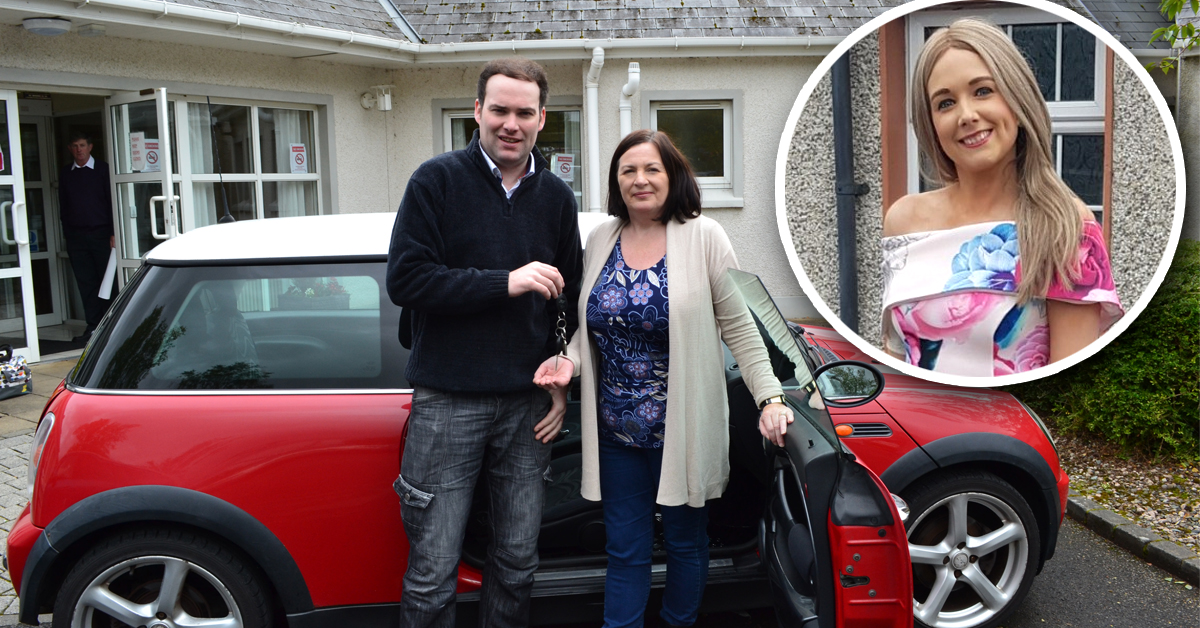 There were many winners in the Fiona Carr memorial draw this summer – with two important causes receiving funding donations and a local woman winning a car!

Friends and family honoured the wishes of a much-loved Letterkenny woman by holding a unique raffle to give away her Mini Cooper and raise money for Donegal Hospice and the Oncology Department in Letterkenny University Hospital.

The inspirational Fiona Carr passed away on July 12th after a long battle with cancer.

A month after her death, a GoFundMe page was set up to collect donations for the LUH Oncology department, where Fiona spent a lot of time throughout her illness, and the Donegal Hospice, where she spent her last month before her passing.

Donators were then entered into a draw to win Fiona’s red and white Mini Cooper. Kate Gibson was drawn as the winner and recently presented with her keys.

The winner of the car Kate Gibson with Ronan Carr, brother of the late Fiona Carr

Family members of the late Fiona Carr including her mother Brid, father Seamus, her brother Ronan sister Donna, brother in law James, niece Aoife and nephew Ryan met with Shaun Doherty, Grace Boyle and Annette Cunningham from the Donegal Hospice to present cheques of €6024 to each of the beneficiaries, as directed by Fiona.