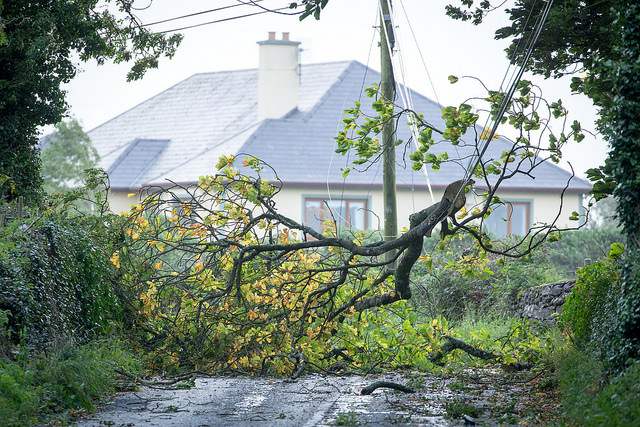 Storm Callum fears as ‘disturbed’ weather to hit this weekend

Met Éireann has warned of a third possible named storm this weekend after a week of strong and destructive weather.

Storm Ali and Storm Bronagh brought high winds and heavy downpours to Ireland this week. Now, it is feared that Storm Callum could be lashing the country from Saturday night into Sunday.

Forecasters are monitoring the weather system which has potential to become a storm.

A Met Eireann statement said: “The weather remains changeable and disturbed for the coming weekend and there is potential for another storm to form late Saturday into Sunday.

“The track of the depression is uncertain at this stage and both Met Éireann and the UK Met Office are monitoring developments.

“Further updates  and relevant warnings will be issued as appropriate.”

This comes after Storm Ali battered Ireland on Wednesday with gusts of up to 130km/h.

The north west escaped the worst of Storm Bronagh as the low pressure system passed close to the southeast coast on Thursday night. A number of counties in Munster and Leinster were under a Status Yellow rainfall alert.

Today’s forecast is for cool and blustery weather, with sunny spells and scattered showers. Some of the showers will be heavy, especially in the west and northwest.