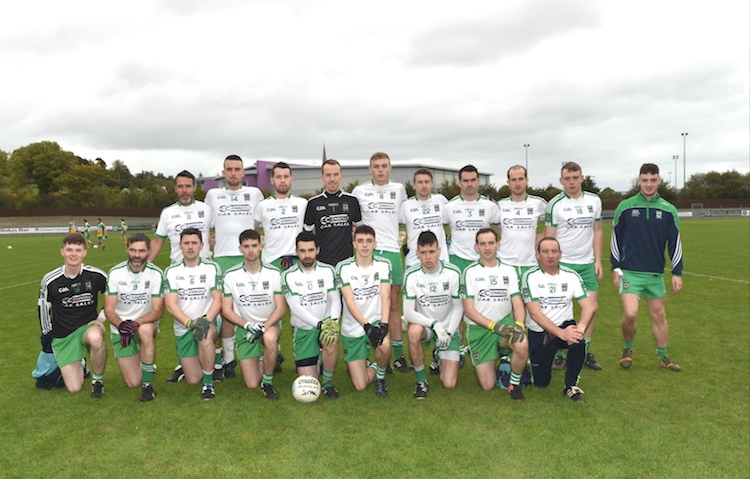 There was nothing between them with Glenswilly marginally in front after Ciaran Bonner and Ciaran Gibbons swung the pendulum.

A cracking finish from McLaughlin, who burrowed his way in from the right-hand side, gave MacCumhaills the edge once more.

A brilliant dinked finish from Kelly in added time put MacCumhaills – who had Ryan Duffy sent off – into the hat for the last four.

Rory Mulligan and a Chris Gallen free got MacCumhaills off and running, but Glenswilly were quickly into the mood.

Ciaran Gibbons – who featured for Donegal in the Dr McKenna Cup in 2017 – clipped over two superb points, either end of a Ciaran Bonner free.

Gibbons and Bonner were just two former Dr Maguire winners in a Glenswilly team that also included the likes of John McFadden and Darren McGinley from past glory day at senior level.

MacCumhaills hit four of the last five points of the first half to go 0-6 to 0-4 in front at the interval.

The highlight was the sixth point, notched by Gallen while under intense pressure.

Late in the half, a brilliant save at close range from Christopher Patton denied McGinley – who hoisted in to get on the end of a Bonner pass – a goal that would have tipped the half-time scales in Glenswilly’s favour.