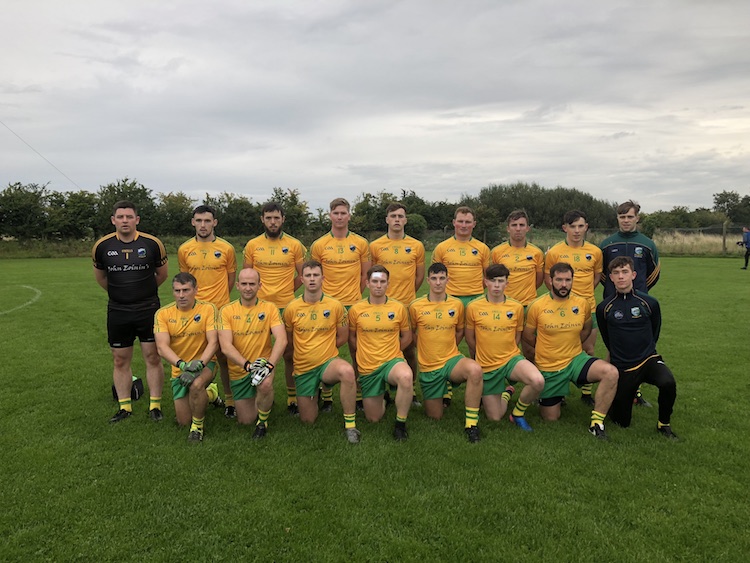 Naomh Columba advanced to the semi-finals of the Intermediate Championship with a comfortable victory over the Dunkineely men in Killybegs on Saturday.

The Glen men took advantage of the wind with points from Aran Doherty, Tadgh McGinley, Phillip Doherty and Ryan Gillespie by the 13th minute.

After 27 minutes, Aran Doherty, Michael McGuire and Kevin McNern secured points before Peter Alvey got one back to give Naomh Columba a comfortable lead at the interval.

Naomh Ultan got off to a better start in the second half with a point for Cian Kennedy after 35 minutes.

Aran Doherty got his third of the afternoon to give Naomh Columba a comfortable victory midway through the second half.

Naomh Ultan showed some fight through Cian Kennedy, who produced a further two points, but Naomh Columba exerted their dominance with a fisted point from Ryan Gillespie.

Naomh Columba took real charge from there and further points from Aran Doherty, Ryan Gillespie and Lanty Molloy finished off the scoring and secured Naomh Columba well-deserved place in the intermediate semi-finals.