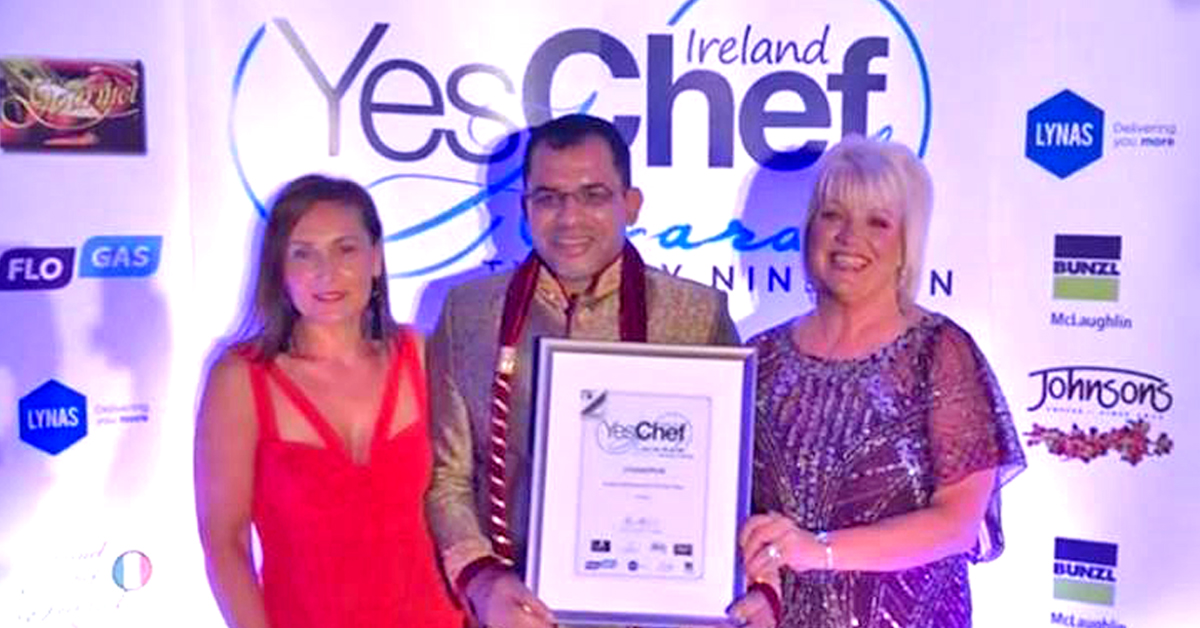 Chandpur step out in style to win two YesChef Awards

The gala awards on Tuesday night announced Chandpur as the winner of Best Indian Restaurant Ulster. Plus, owner and Head Chef Rana Miah wowed the judges with his style to win Best Dressed Man! 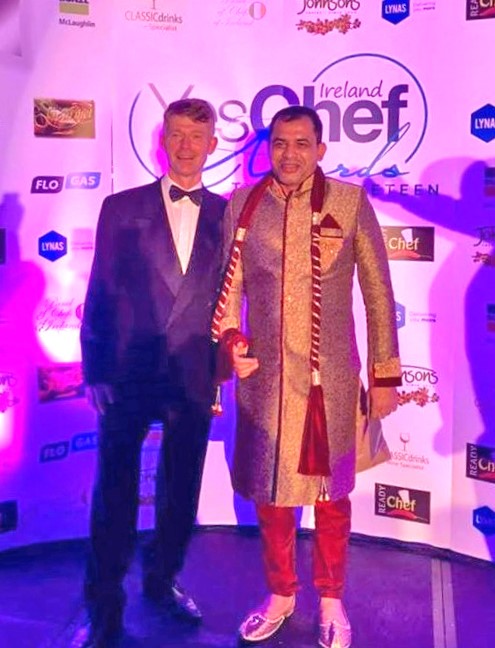 Chandpur is a renowned Indian/Bangladeshi restaurant which has earned a highly decorated list of achievements since it opened in the main street car park Donegal Town in 2012. Their authentic world cuisine is popular with locals, tourists and celebrities alike.

Chandpur holds the number one stop of Donegal Town’s best restaurants on TripAdvisor.com and they have a Hall of Fame award for earning five Five Star Certificates of Excellence.

Owners Susan and Rana Miah were once again buzzing with excitement over their success at the YesChef 2019 awards, which were revealed in the Radisson Blu Hotel and Spa Sligo. 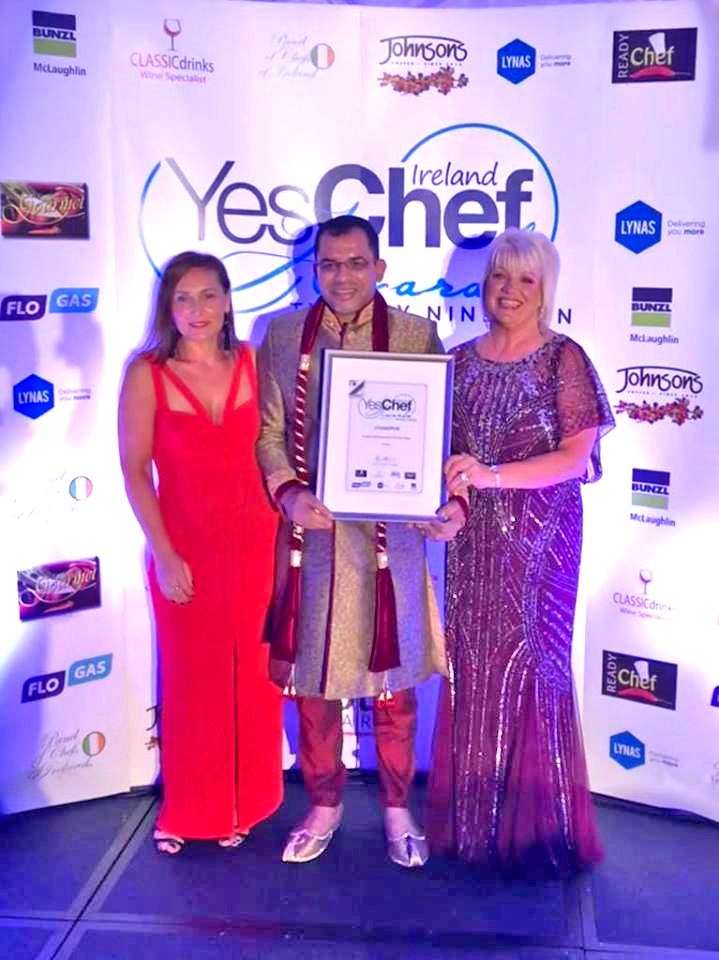 The Yes Chef awards were set up by NI Media, the publishers of the highly regarded YesChef magazine, to recognise and celebrate the very finest talent in a variety of categories.