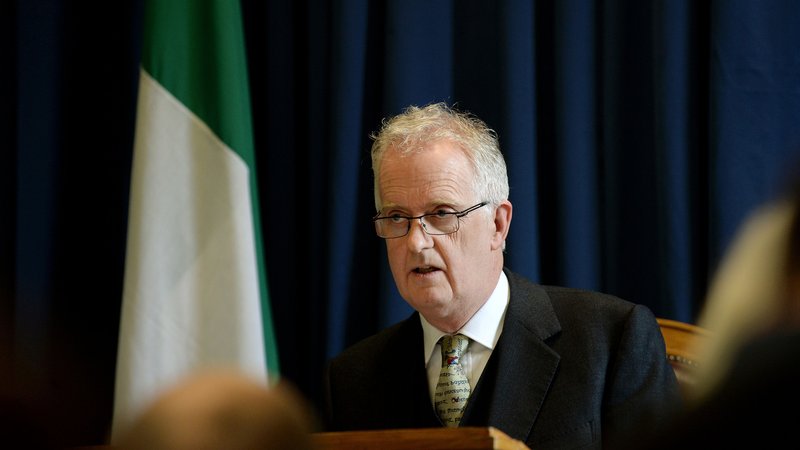 A TRIBUNAL chair has heaped lavish praise on Donegal gardaí who have gave evidence to his inquiry – and told their bosses they need to promote more people like them.

In the third interim report of the Disclosures Tribunal, chairman Mr Justice Peter Charleton found Sgt Maurice McCabe was dengrated for being no more than a good and honest police officer.

But also in his extensive report Mr Justice Charleton took time out to comment on the Donegal gardaí who gave evidence in the tribunal in the module which dealt with Gda Keith Harrison.
The judge had previously dismissed all complaints by Gda Harrison.

Mr Justice Charleton said: “The tribunal has had to comment on the evidence of several senior officers and the way in which evidence was presented by them to the tribunal was untenable. A cultural shift requiring respect for the truth is needed. The system of promotions within An Garda Síochána is also thereby thrown into sharp, and not always complimentary, focus.”

He then went on: “On that topic, the tribunal was much taken with the sergeants and inspectors from the Donegal Division who gave evidence. They showed intelligence, diligence and serious-mindedness.

“The promotion system which operates within our national police force must be such as to seek out such men and women (Donegal gardaí) and to ensure that they take up responsibility as a national duty. As for some now holding, or who have held, senior rank, this report speaks for itself. There is an inescapable conclusion from this and a lesson to be learnt.”