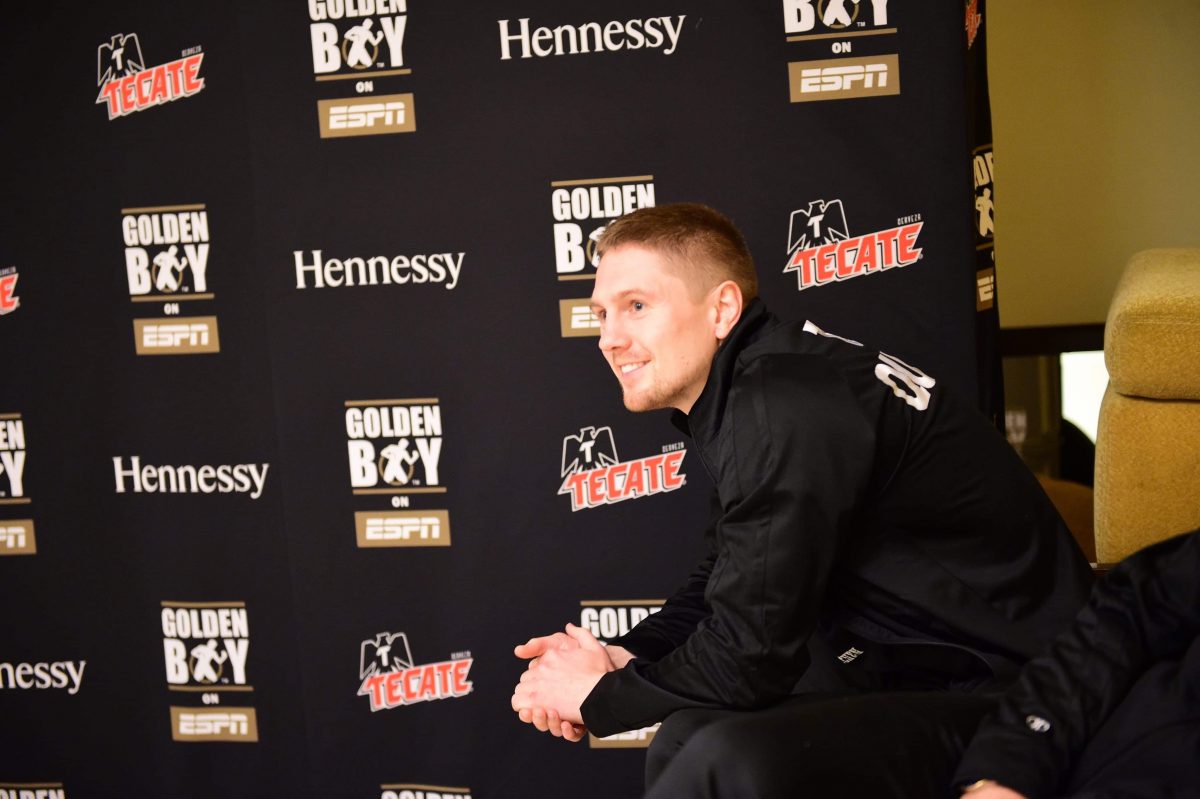 By Chris McNulty in Indio. Picture by Valentin Romero

A cut over his left eye was the most visible result of an untidy and bloody fight at Fantasy Springs.

It wasn’t Quigley at his most impressive, after being dragged to the trenches by veteran Hernandez but it was a case of ‘job done’ in what was only his second fight in 18 months.

A place on the undercard of the Canelo-Fielding card in New York in December is possible, if a little ambitious in the aftermath of this but, either way, Quigley doesn’t fancy waiting too long for his next mission.

“It’s all about staying active, staying busy and getting the rounds in and that’s what we’ll do now.

“We need to stay active in that ring. Not sparring. Sparring and fighting are two different things. No-one in this game does it the way I do and trains like I do, but we’ve got to stay busy and keep fighting.”

There was never a time where Quigley seemed in big trouble, even if he did show some ring rust.

He said: “I won it easy. I outclassed Freddy for the first four rounds and then got into a bit of a tear-up. I have to get out of that habit.

“I breezed through those first few rounds. Freddy picked it up and maybe I slacked off a bit. To be honest, I think I was finding it too easy and I got lazy. I finished it off on my feet, moving and boxing.

“You can’t buy the experience of being in the ring and going through a fight like that. I need experiences like that to become a world champion.

“I did what I had to do. I’ll take a lot of learning from this fight.”

Blood was seeping from both men by the middle rounds with Hernandez’s face showing the full effects of the steadily-jabbing Quigley.

Hernandez arrived in Indio as a 43-fight warrior who fought for a world title in 2010. ‘El Riel’ was in Indio to make Quigley earn his corn and the never-say-die Mexican gave the Golden Boy Promotions prospect his toughest test yet in the pro ranks.

Quigley said: “I knew Freddy would be tough. I’ve said in every interview I did that he’d test me. That’s exactly what he did. He knew all the tricks a veteran would have against a prospect. Freddy came there to fight.

“It’s one thing to win a belt, but to defend it, I’ve earned it. These are all stepping stone fights. This is my first belt and I’ll treasure it. Defending it is very special.”