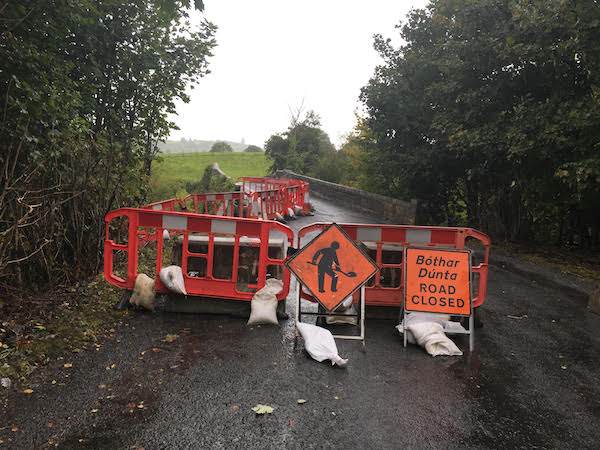 Reopening of Ivy Bridge is being ‘treated as a priority’

Progress is being made on the repair of the Ivy Bridge in Cloghan which partially collapsed last month.

The contract is due to be awarded this week after tenders are assessed by Donegal County Council.

The Council has said it is progressing the project in accordance with its plan, which is currently in Phase 1.

In correspondence to Stranorlar MD Cathaoirleach Patrick McGowan, the council said the fixing of the collapse and the reopening of the road to vehicles is being treated as a priority.

Tenders will be opened, assessed and contract awarded this week, after which the contractor will be required to mobilize within 7 days.

The contractor will be given a maximum of six weeks to complete the project in order for the bridge to be reopened by late December.