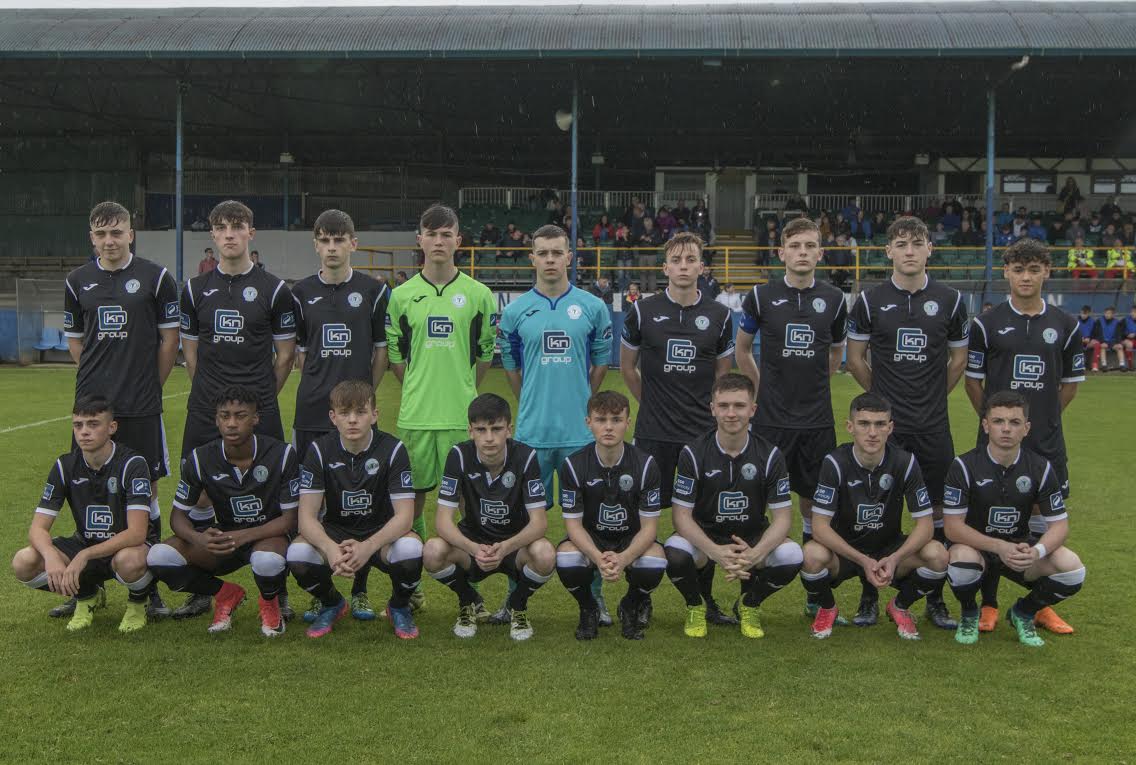 Boyle’s Finn Harps U17 all set for Hoops decider

Finn Harps U17s are getting ready for their second national final of the season which takes place tomorrow at Maginn Park against Shamrock Rovers (kick-off 3pm).

It’s been a fantastic season for Declan Boyle’s side who have already made history by being the first underage side from Finn Harps F.C. to win a national title with that historic 1-0 win over Cork City at Finn Park in the Mark Farren Cup Final back in September.

However, despite Boyle’s boys having the home advantage, it’s the Hoops who will go into the game as favourites so it will be a monumental task for the Harps 17s to do the double.

Still, this group of players have gained a huge amount of confidence from their success in the Farren Cup decider and that was demonstrated again at Eamonn Deacy Park last Sunday.

Opponents Galway Utd were hotly fancied to advance after recording an impressive win over Bohemians. The Dublin side had won the Harps group so that demonstrates the scale of the task tomorrow afternoon at Maginn Park.

Harps had an excellent 3-1 win over Galway at Eamonn Deacy Park last Sunday. The visitors put themselves in a very strong position in the National League semi-final by scoring twice in the first half courtesy of Joel Bradley Walsh and captain Darragh Ellison.

Carndonagh lad Luke Rudden got a crucial third in the closing stages before Galway grabbed a late consolation goal.

Declan Boyle and his management team have masterminded the building of a squad of players who have done Finn Harps Football Club and the County of Donegal proud in 2018.

On behalf of the Board of Directors Club Secretary John Campbell has extended good wishes to Declan Boyle and the players ahead of tomorrow’s national final in Buncrana.

“Declan Boyle, the players and management team have done Finn Harps proud this season.  It was a very special and historic moment when Darragh Ellison lifted the Mark Farren Cup back in September.

“All the work that has been put in at schools, the academy and with underage teams in the national leagues is now paying off. It’s going to be a big ask against Shamrock Rovers but everyone involved with Harps would be absolutely delighted if the double could be achieved,” he said.

“On behalf of the Board of Directors I want to wish Declan and the U17 squad good luck and hopefully we will be celebrating again tomorrow evening in Maginn Park.

It would also give the county a feel-good factor ahead of our Finn Harps senior team’s promotion first leg game against Limerick on Monday night in Ballybofey.”