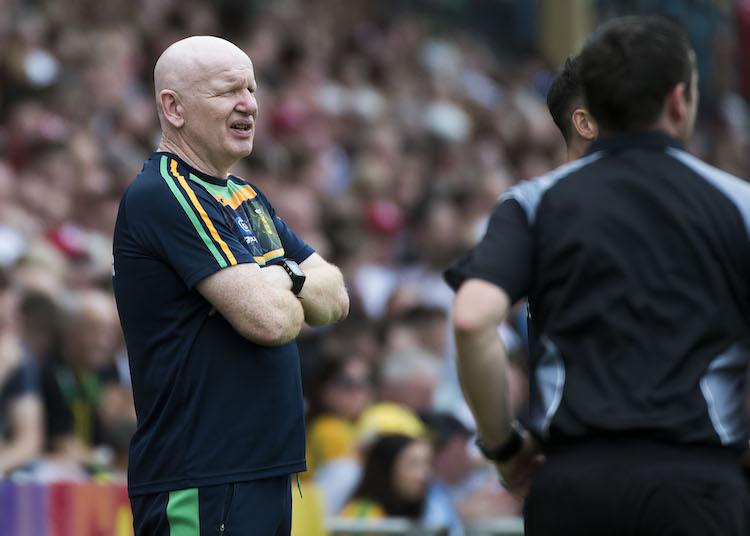 Declan Bonner has confirmed the return of some familiar faces to the Donegal senior football panel for 2019.

Michael Carroll, Eoin McHugh and Jason McGee will all be back in tow for the new campaign.

Defending Ulster champions Donegal will play their League football in Division 2 next year.

Manager Bonner has already made significant changes to his backroom team, including the addition of former Mayo manager Stephen Rochford and strength and conditioning coach Aaron Kyles.

Carroll, McHugh and McGee have all played Senior Championship football with Donegal already.

Carroll and McHugh stepped away in the early months of 2018 and in the summer won a Boston SFC title playing for Donegal Boston.

McGee had injury trouble at the start of the year and decided to put his lot in with the Donegal Under-20s instead.

But they will now join others who Bonner will be looking to make the step up and who he’ll run the rule over in the Dr McKenna Cup.

“We have to be looking at guys that can make an impact in 2019,” Bonner said.

“It’s about how badly they want it and how much they want to buy into it.”

Bonner hasn’t been idle since Donegal missed out on an All-Ireland semi-final place following a home defeat to Tyrone in the Super 8s.

Bonner said: “The work started the week after we lost to Tyrone. For three-quarters of that game, we were in control.