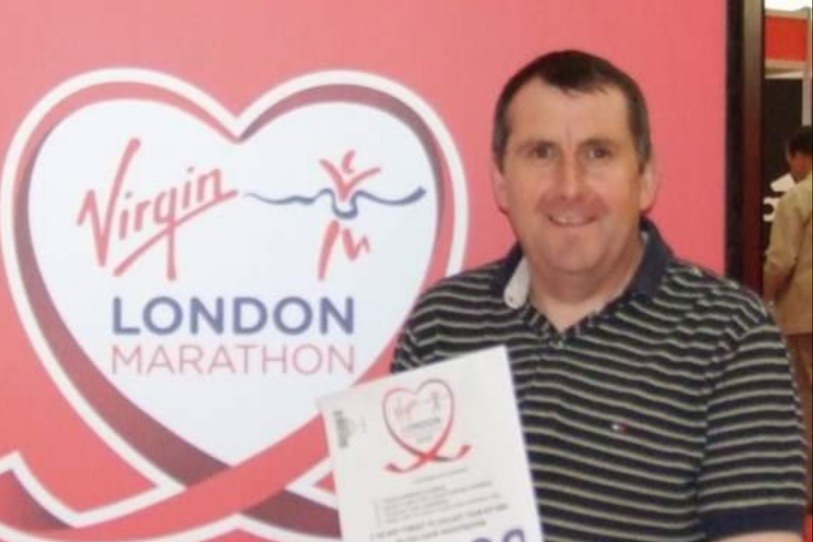 A community campaign to support Downings man Patrick McBride’s cancer battle has gained a surge of support in recent days.

The online fundraiser has crossed the €10,000 target line in just five days thanks to kind-hearted friends and family.

Patrick McBride is a well-known marathon runner and community man who has helped vital charity campaigns over the years.

Now Paddy has his own battle a rare cancer, for which his treatment begins today.

Paddy and his wife Karen are in Dublin to start a two week radiotherapy course. He will then return to Letterkenny University for further tests and treatment.

As the fight begins, friends of Paddy are keeping the positivity high and already wishing the runner a speedy recovery.

Paddy is well-known in many local circles, having run 17 marathons for charity and being a valued part of the Downings GAA club.

A spokesperson said: “We all know if there is one man that can fight this, Paddy is the man. With 17 marathons in the bag, this cancer doesn’t stand a chance.”

Paddy and his family are set to benefit from continuous support during this difficult time as the fundraising shows no sign of stopping after surpassing the €10,000 target.

If you would like to support Paddy’s fundraising campaign please visit https://www.gofundme.com/paddy-fenny-mcbride-fundraiser