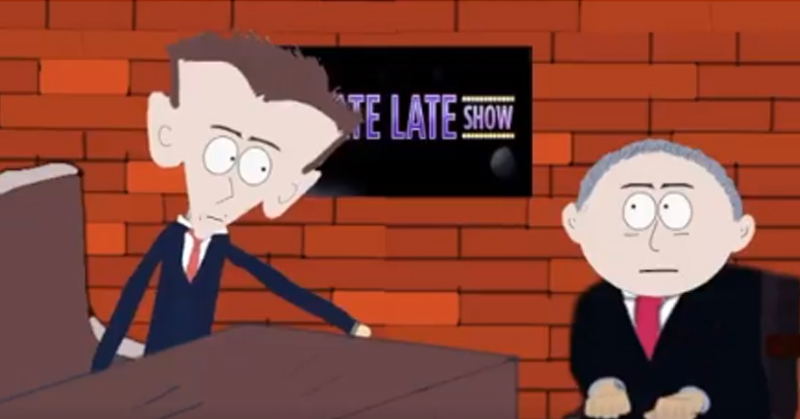 The Donegal-based businessman released a cartoon on social media last night that has been branded as ‘disgusting’ and ‘poor taste’, while other people considered it funny and agreed with the message.

The video is a take on Casey’s recent interview with Ryan Tubridy in which he was quizzed over his beliefs on the rights of the Travelling Community.

The video takes direct aim at the Travelling Community by inserting clips of deceased fighter Joe ‘The Hulk’ Joyce.

It also slams the professionalism of Tubridy and RTE producers.

The parody has made waves online, with people commenting to Casey: “This is in very poor taste, not remotely funny.”

Another Twitter user wrote: “Totally inappropriate and distasteful for someone who seeks Public Office.”

Other comments praised Casey and found the video to be funny.

RTE received over 500 complaints from the public after Casey’s original Late Late Show appearance. The businessman said the interview style as ‘insulting’ and criticised Tubridy for being ‘unprofessional’ and ‘patronising’.