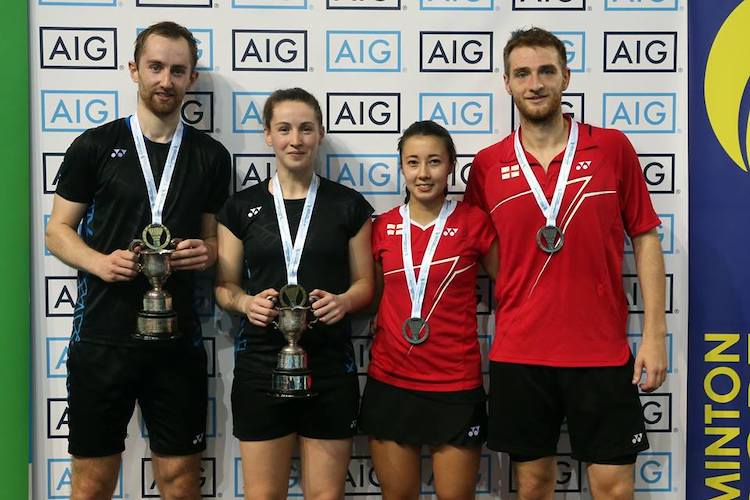 Watch: Delight in Dublin as Magees finally get their hands on Irish Open title

Chloe and Sam Magee hope to take the energy out of their Irish Open win into their bid for Olympic qualification.

The Raphoe siblings won the mixed doubles final 21-13 21-12 against Harley Towler and Emily Westwood of England.

Three-time Olympian Chloe – who has been at Beijing 2008, London 2012 and Rio 2016 – has parked her women’s singles career to team up with Sam and attempt to make it to Tokyo.

Their superb win in Abbotstown was the first Irish success at the tournament since 2012.

“We’re so happy to get it. It could be one of our last.

“With the Olympic cycle next year, we don’t know if we’ll play here or not. I said we needed to win it and there was probably a bit to much pressure. We somehow managed to come away with the win.”

The Magees were dominant throughout the match.

Chloe Magee said: “We knew if we played with good speed and good tempo that it would be hard for them.

“It’s always nice to win games. We’ve played a lot of top tournaments and had some tough losses. It’s nice to get some good performances together.”

Next up for the Magees is the Scottish Open next week.